The Planes of Fame Air Museum has some of history's most unique planes. It has a late version of the most produced fighter plane in history, the Messerschmitt BF109G-10, among its collection. Thy also have the Martin 404 and Western Airlines Convair 240. Although I did not take pictures of all the planes, there are a few I did take. The P-38 Lightning is one they do have, called the plane that changed the course of history. It is often called the most powerful tool in America's arsenal during World War II. 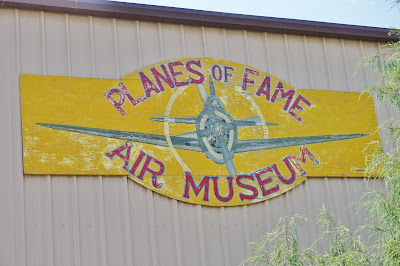 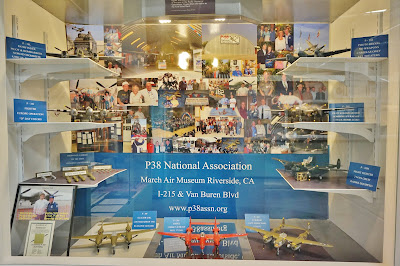 The Lightning was the aircraft of choice for many pilots, including the top "Ace" of WWII, Richard I. Bong, the Lightning was so versatile it could also be a bomber carrying high explosive and incendiary bomb loads. It flew at amazing speed and altitude for its time, faster and higher than any other. The sight of a P-38 Lightning so terrified the enemy that the Luftwaffe dubbed it "der gabelschwanz-teufel" which translates as "fork-tailed devil." 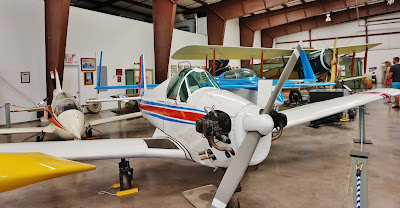 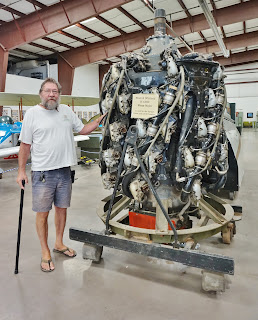 This is a Pratt & Whitney engine used in the Spruce Goose and B-36 bomber.
The Simulator raced around pylons during the 1949 Thompson Trophy Race in Cleveland, Ohio. It roared around the 15 mile course at speeds approaching 600 mph. All of these planes suffered structural damage due to the stresses of turning the short course at high speeds. The race was won by Capt. Bruce Cunningham at a speed of 586.17 mph. His F-86 lost parts of both elevators but he kept enough control to complete the course and land safely. 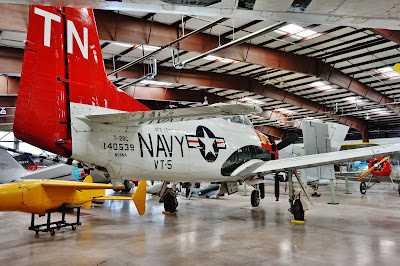 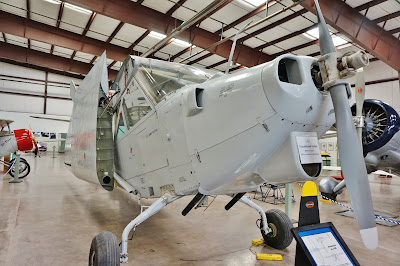 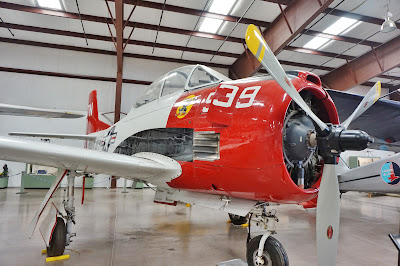 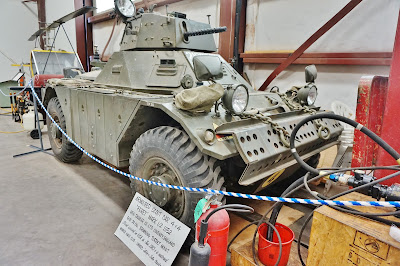 Armored scout car 4x4 "Feret" Mark 1/2 1952 manufactured by Daimler Co. Ltd. Coventry, England.
The Link Trainer was first developed in 1934 to train army pilots to fly "blind" or by instrument reference only. The "airplane" link trainer was mounted on a pneumatic bellows which allowed the trainer to move in a 360 degree circle. The trainer also had the ability to yaw, pitch and roll. The instructor sat at a desk and talked to the student through a microphone into the student's earphones. The instructor could induce turbulence, cross winds, icing conditions, etc. to make the student sweat, hence the nickname "The Sweat Box." The student's progress was recorded by the "spider" on the desk tracing a red line on the map.
During WWII, the Link Company turned out trainers at the rate of one every 45 minutes and over half a million pilots throughout the world have taken part of their flight training in Link's blue box. 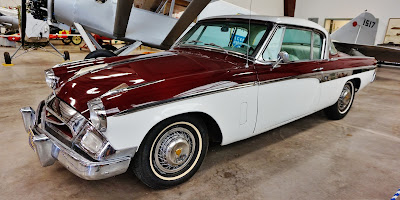