We found the Flintstone's Bedrock City through Roadside America.  Bedrock City stands out on a flat, windswept, rocky plateau on SR 64, about 30 minutes north of Williams. Built in 1972, it originally had a live Fred and Barney like the Bedrock in Custer -- but the isolation of the site and the lack of local workers eventually made that impractical. The isolation also meant that this Bedrock City has retained more of its original lumpy charm. 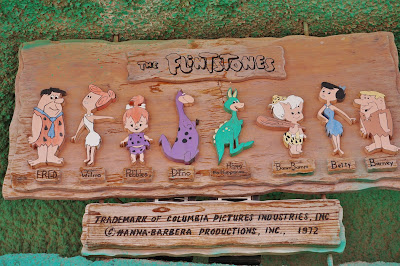 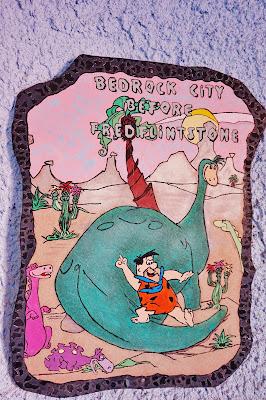 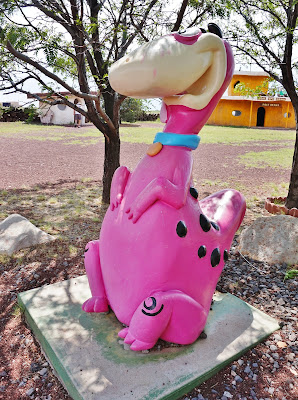 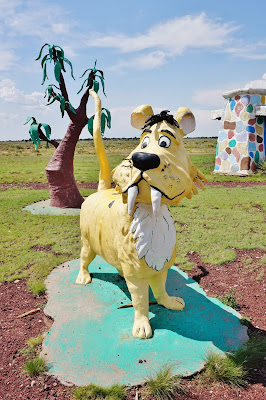 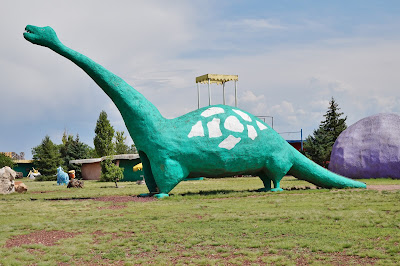 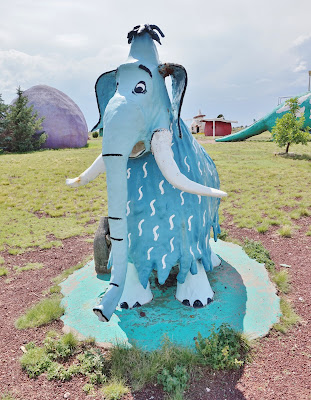 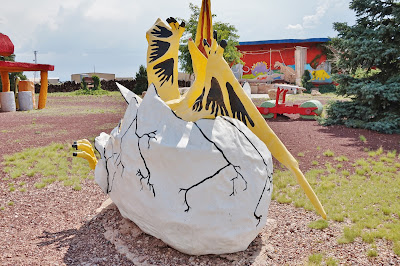 All of the buildings -- a general store, police station, post office, jail, beauty parlor, houses -- are barren, except for a few sturdy concrete items. They're painted in garish colors with Kelly Moore paints. The sparse vegetation makes this Bedrock seem like an encampment of global holocaust survivors, or one of those ghost towns built by the military to test the effectiveness of atomic bombs.
They actually have a goat in the Goatasaursus Pen - we looked in and he was just laying there chewing.

For all of its eerie emptiness, this Bedrock is far from extinct. A Fredmobile tram loops in a circle and through Mt. St. Wilma (a volcano). The Bedrock Theater plays Flintstones cartoons with the audio broadcast over loudspeakers.  We walked in the theater but it was wet as the roof was leaking and the floor was covered in water, so we did not stay to watch the cartoons. 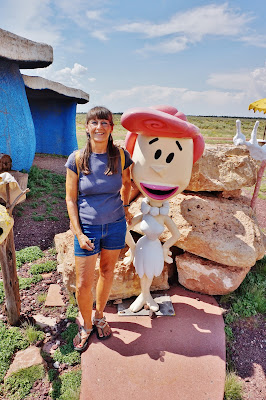 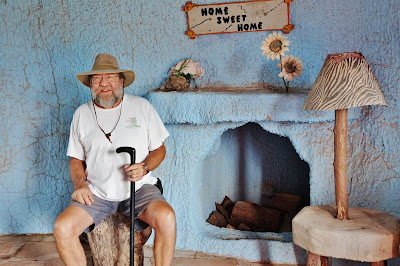 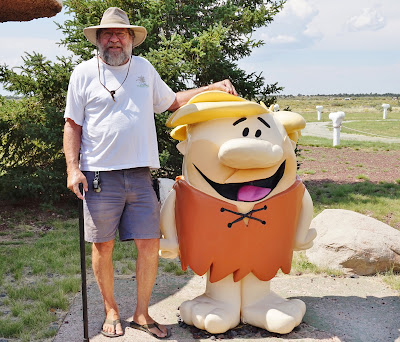 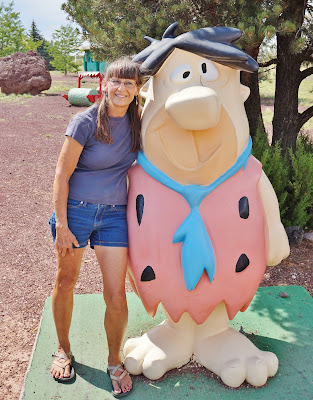 The snack bar has more selections than at the park in South Dakota, including Fred favorites such as Chickasaurus Dinner, a Fishasaurus sandwich, and Gravelberry Pie. The Arizona Bedrock is licensed for merchandising by Hanna-Barbera, and although that confers benefits -- such as some stylish new fiberglass statues of the principal Flintstones characters -- it has drawbacks as well. 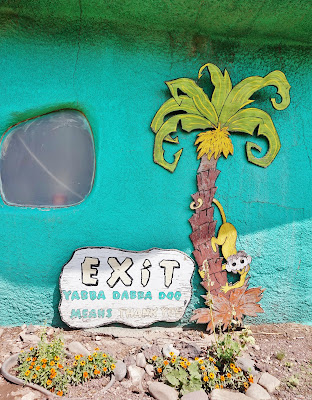