Jerome is a ghost town alive and well. From wickedly wild to wildly artistic. Located high atop Cleopatra Hill between Sedona and Prescott, this historic copper and gold mining town founded in 1876. When gold was discovered in Jerome, miners, gamblers and bad boys of the old west flocked here. Saloons and bawdy houses were the entertainment after a hard days work. At one time, Jerome was the fourth largest town in the Arizona Territory with a rowdy population that reached over 15,000. 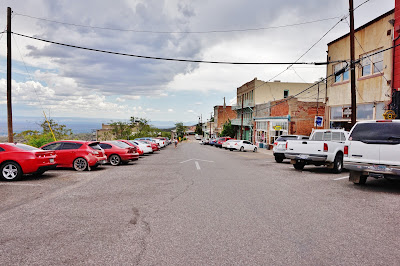 In its heyday, owing to its large number of brothels, saloons, and opium dens, Jerome, Arizona was known as the “wickedest town in the west.” Jerome was once a thriving copper mining town that also boasted silver, gold, and zinc. Although today’s Jerome is an artistic community, it still one of Arizona’s best examples of an old western ghost town and many travelers visit Jerome to hunt for ghostly traces of its wild past. 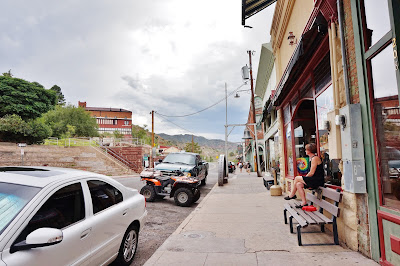 When gold and copper deposits dwindled, Jerome AZ became a veritable ghost town with about 50 residents that stayed behind. Although Jerome is now a treasured tourist magnet, comprised of artists, writers, unique boutique shops, wine bars, quaint dining spots and amazing views across the Verde Valley. Its appearance has not changed much in the last 100 years.

Many of the old buildings from the late 1890s still stand and are occupied by proprietors while many structures are fragment relics from its very early days. Because Jerome was built on the side of a hill, gravity and erosion has caused building to slide down the 30 degree slope. Tourists can enjoy walking among the buildings of historical significance while shopping for art treasures and dining on outside patios overlooking the views.

During its rough and tough days, Jerome was given the distinction of "Wickedest Town in the West". Saloons and brothels lined the streets. Jerome, Arizona produced over a billion dollars worth of gold, copper, silver and zinc during a period of over 70 years until the last mine closed in 1953.

During the 60's and 70's artists discovered the decaying ghost town community. It blossomed into a mecca of artists. The old buildings, mining sites, and stately ruins provide rich materials for a variety of art forms. As people began trickling back to Jerome, an eclectic mix of artists, crafts-persons, writers and musicians have made Jerome their home. 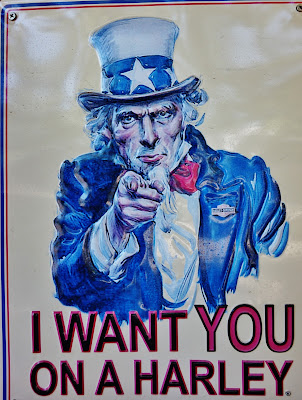 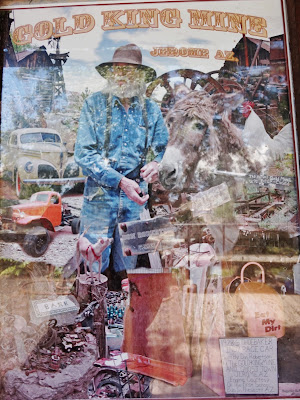 We discovered a store devoted solely to kaleidoscopes called Nellie Bly Kaleidosopes.  What a fascinating store.  I had to take a picture of one of the most expensive kaleidosopes (which is actually an oculizer) I saw in there - $22,000.


We also visited the Gold Mine Ghost Town Museum with such a wide array of junk - most of it left over from the mining era. 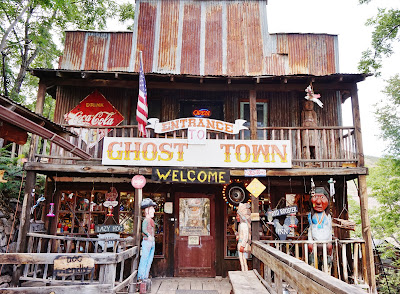 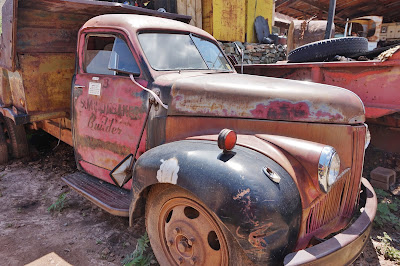 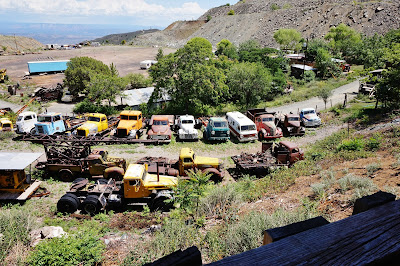 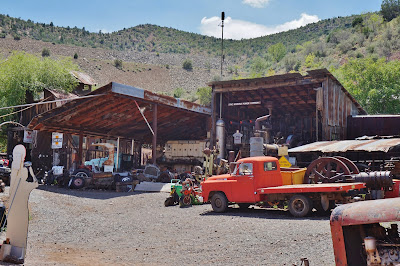 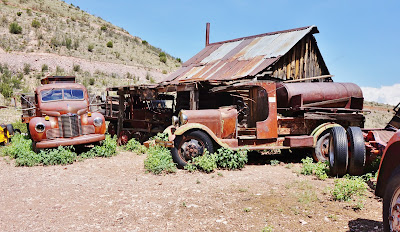 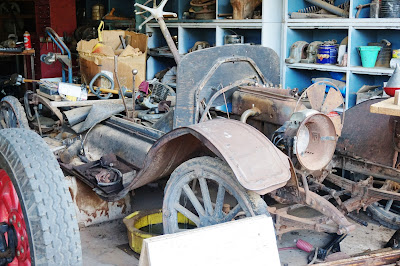 Built for the Indy Race in California by Don Robertson at the Gold King Mine, Jerome, Arizona. Engine courtesy of the first school bus in Prescott, Arizona. 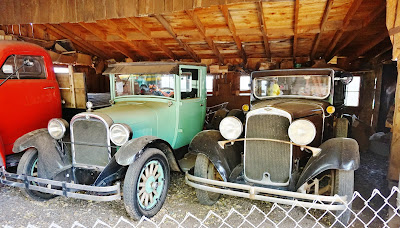 Monkey-Ward Kit Tractor 4-door bought new in Prescott, Arizona by the Granite-Mountain Ranch. Wrecked by teenage son May 1930 at 100 miles. A Montgomery Ward Kit was ordered from their catalog for $47.50. Will pull a 2 bottem plow; has original spark plugs; cow proof spark plug wires. 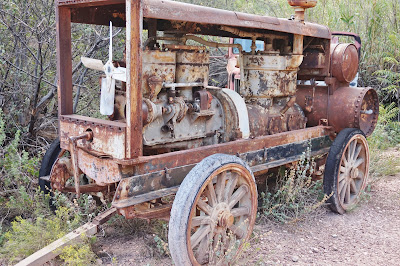 After our visit to Jerome, we drove higher up the highway toward Prescott. We did not go all the way over the mountain, but I wish we had. We did stop at an overlook and then turned around. 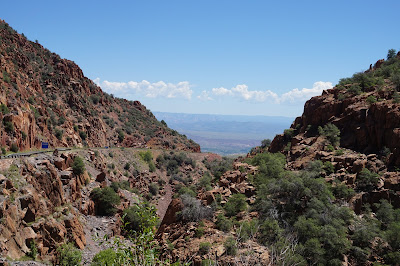 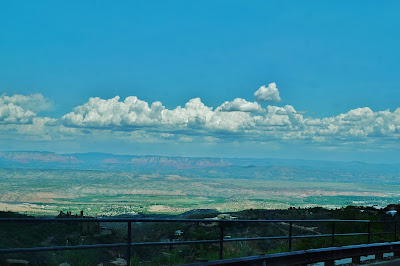