"Standin' on the Corner" in Winslow, Arizona

Commemorating the song "Take it Easy" written by Jackson Browne and the late Glen Frey, and recorded by the Eagles. The song includes the verse "Well, I'm standing on a corner in Winslow, Arizona and such a fine sight to see. It's a girl, my Lord, in a flat-bed Ford slown' down to take a look at me." The park contains a two-story mural by John Pugh, and a life-size bronze statute of Jackson Browne by Ron Adamson standing on a corner with a guitar. The park is surrounded by a wall of bricks, each with a donor's name on it, and a story by each of the donors describing their fondness for Winslow. 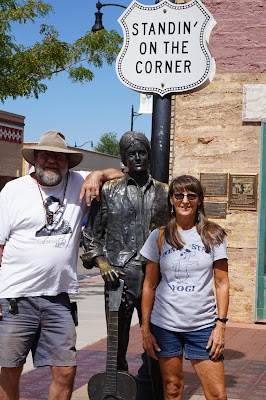 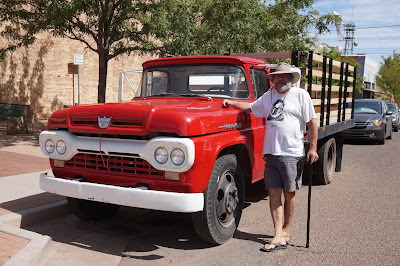 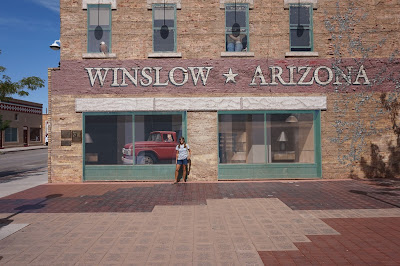