The USS Lexington, a CV-16, is a WWII vintage Essex Class Aircraft Carrier.  Commissioned in 1943, she set more records than any other Essex Class carrier in the history of naval aviation.The ship was the oldest working carrier in the United States Navy when decommissioned in 1991. An Essex-class carrier, Lexington was originally named the USS CABOT. During World War II, final construction was being completed at Massachusetts’ Fore River Shipyard when word was received that the original carrier named USS Lexington, CV-2, had been sunk in the Coral Sea. The new carrier’s name was changed to Lexington. 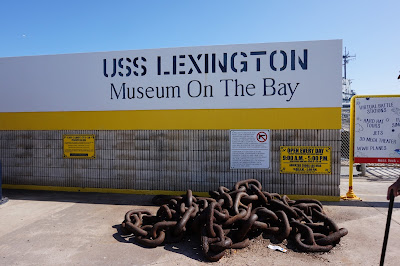 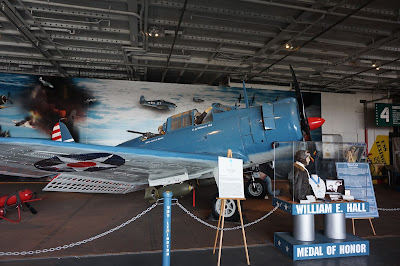 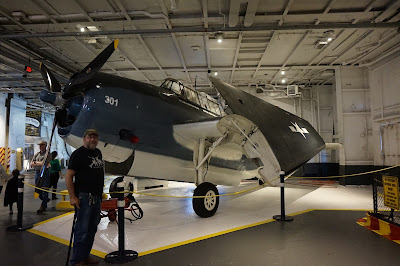 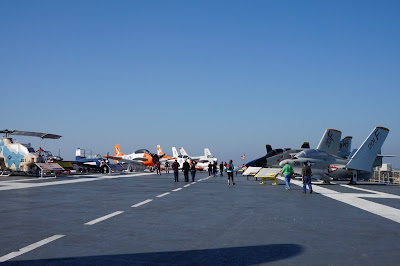 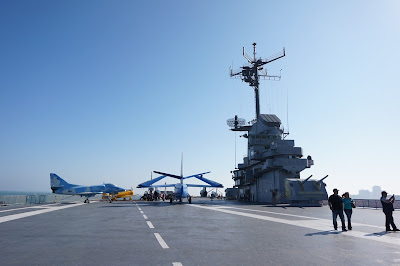 After training maneuvers and a shakedown cruise, LEXINGTON joined the Fifth Fleet at Pearl Harbor. The Fifth Fleet was established April 26, 1944, at this time it was Central Pacific Force. During World War II, the carrier participated in nearly every major operation in the Pacific Theater and spent a total of 21 months in combat. Her planes destroyed 372 enemy aircraft in the air, and 475 more on the ground. She sank or destroyed 300,000 tons of enemy cargo and damaged an additional 600,000 tons. The ship’s guns shot down 15 planes and assisted in downing five more. 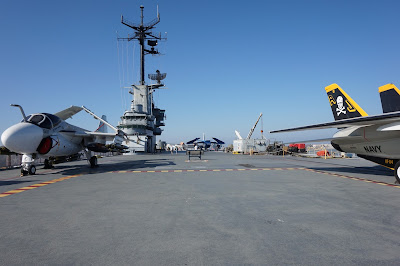 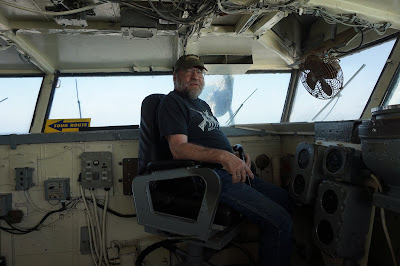 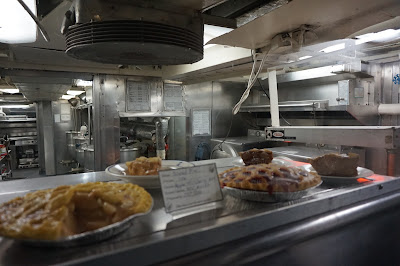 During WWII, if pie was on the menu, bakers made nearly 450 pies for one day.

We always have a good time touring the different ships, and as you can see, we have look at a lot of them within the past few years.

Quote for the day: Those who cannot remember the past are condemned to repeat it.
~~ George Santayana, American Philosopher & Poet
Posted by Gayle Kerch at 11:23 AM