Rockport's local aquarium is small, but it is free.  It is manned by volunteers and open Thursday-Monday, from 1-4pm.  It has tanks with the local fish and sea life along with hands on displays for the children. On view are snapper, grouper, drum, bat fish, scorpion fish, shrimp eel, and many others.

This alligator was harvested from a ranch in Matagorda County by professional alligator hunters who are permitted to remove rogue and dangerous animals. The gator was 12 feet 5 inches in total length. 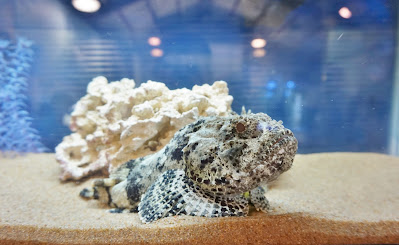 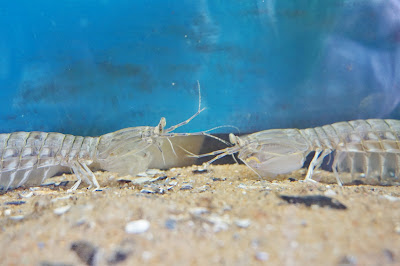 The orange filefish is found in the western Atlantic Ocean, the northern Gulf of Mexico, and off of Brazil. Adults are typically observed over seagrass, sand and mud bottoms to depths of 3,000 feet. They often drift with their head pointing downward among seagrasses in an attempt to camouflage from predators and prey alike. They feed on a variety of marine vegetation including algae and seagrass. 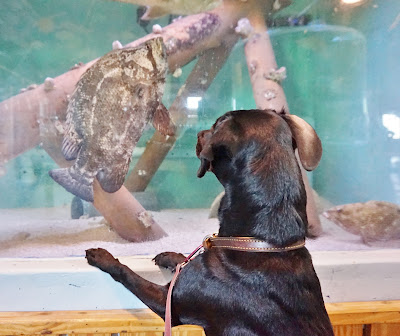 Lucy and a fish checking each other out. This place was pretty cool - they allow dogs to come inside and even provide water for them. 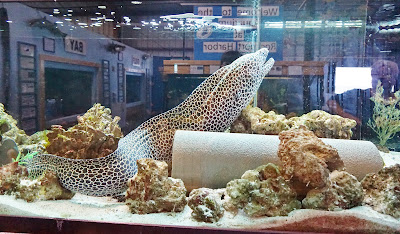 Marley is the ever popular honeycomb moray eel, at more than five feet in length, he is the showstopper at the Aquarium. He celebrated his 14th birthday this past summer. The tank he is in is fairly small and I hear he is being moved into a 600 gallon tank. 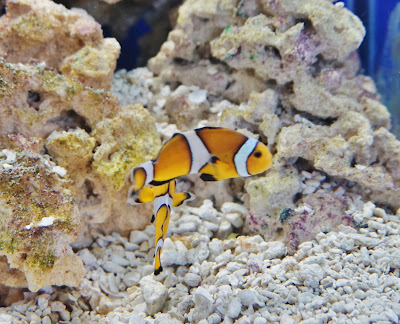 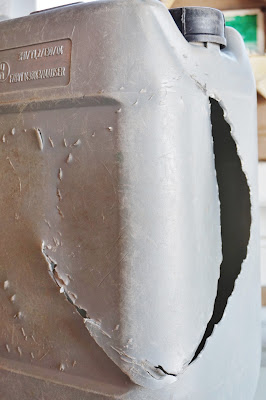 This container was most likely bitten by a tiger shark, based on the serrated teeth cuts, shape of a bite, and the fact that tiger sharks attack and eat sea turtles. The shark may have recognized the floating container as the same shape and size as that of a turtle.
The Giant Hermit Crab is the largest hermit crab in Texas. It has heavily turbercled red claws. They range from Cape Lookout, North Carolina to southern Florida on the east coast of the U.S., throughout the Gulf of Mexico and Caribbean south to Brazil. 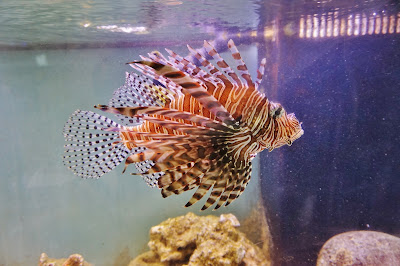