We went to visit the Galveston Naval Museum, American Undersea Warfare Center on Galveston Island when were still in Houston to see the USS Stewart and the USS Cavalia. 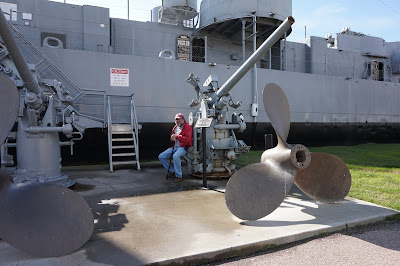 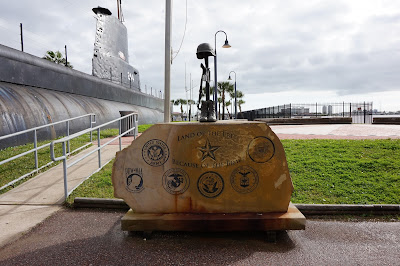 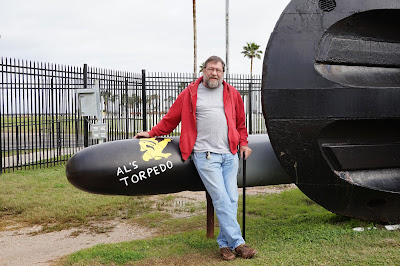 USS Cavalla, a WWII submarine, sank the Japanese aircraft carrier Shokaku on June 19, 1914. It is berthed in Seawolf Park, Galveston, Texas as a memorial to the lost submarine USS Seawolf. Cavalla was a Gato class fleet sub, designed and built in the summer of 1943 by the Electric Boat Company and launched on November 14, 1943. She was commissioned on Feb. 29, 1944, the first “leap year” boat built by E.B. On June 19, 1944, on her maiden patrol, she sank the 30,000 ton aircraft carrier Shokaku (veteran of Pearl Harbor and Battle of Coral Sea). This earned her the Presidential Unit Citation.
​ 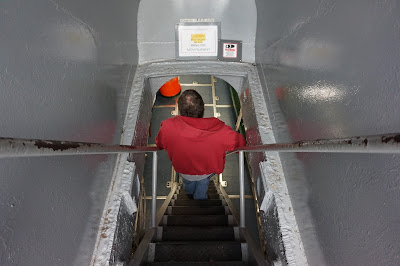 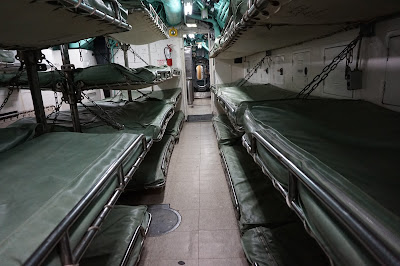 The USS Stewart began her service operating out of Miami as a "school ship" training student officers.  She escorted President Roosevelt in the presidential yacht down the Potomac River to rendezvous with USS Iowa in the Chesapeake Bay for his mission to Casablanca and Tehran. In 1944, she commenced North Atlantic convoy operations, making 30 crossings. 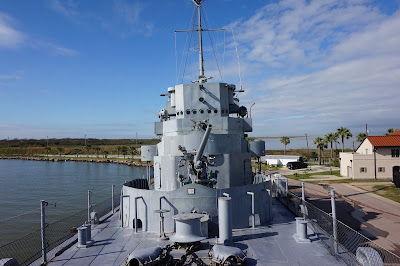 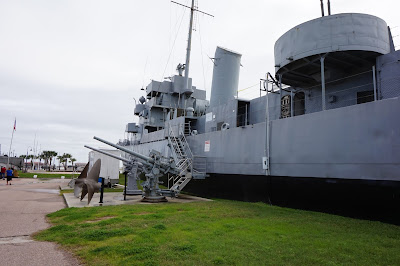 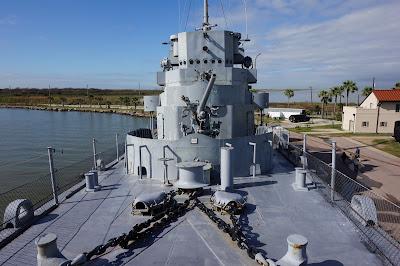 The Stewart is an anti-submarine ship, and was state of the art when built. One two WWII DE's still remain in the U.S.  Restoration of the Stewart and Cavalla are being undertaken by the Cavalla Historical Foundation.

The K guns used to project standard depth charges to either side of a moving ship.  The depth charge was attached to an "arbor" whose end fit into the barrel of the K gun. When fired, they were projected out into the water by a powder charge in the base of the gun. The arbor separated from the depth charge before hitting the water, and the depth charge was free to sink to a pre-set depth before exploding. The K gun effectively increased the number and size of patterns of depth charges that could be deployed against an enemy submarine.

Couldn't have been all bad - they had an ice cream machine!
Posted by Gayle Kerch at 9:13 AM