Goose Island State Park takes care of a 1,000 year old oak tree called The Big Tree.  It stands rooted in history as a silent witness to the many changes in this area over the last 1,000 years.  It is a Coastal live oak, one of the largest of its kind.  It was named the Texas State Champion Live Oak in 1966.  It is 11 feet across the trunk; 35 feet around; 44 feet tall; and 89 feet across the crown. 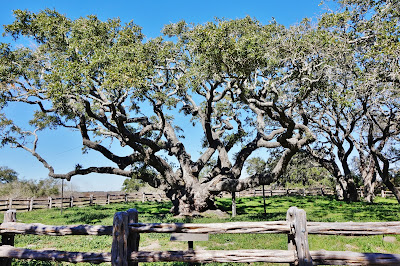 There were plaques around the tree telling of its history and what they figured took place during its life. From 1000-1200AD, when the tree was an acorn and then a sapling, native peoples walked past it as they hunted deer and gathered blackberries and mustang grapes. They also headed to the sandy shores near here to look for oysters and fish for black drum. 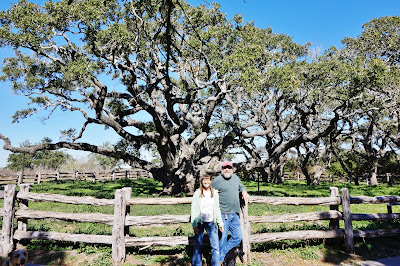 There are some other trees in this park that look almost as impressive as the Big Tree, so I took some pictures of them. 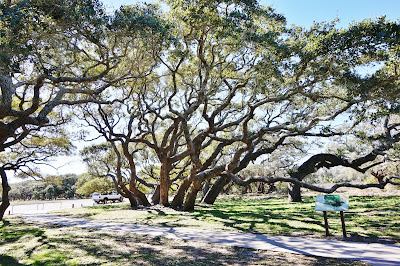 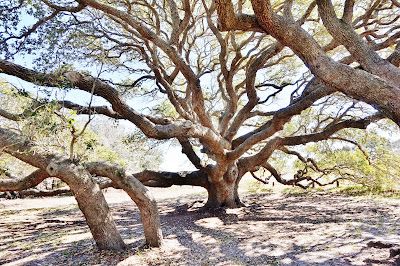