We went to the Aransas National Wildlife Refuge hoping to see some wildlife, but unfortunately the only ones we saw were in the Visitor Center -- stuffed.  (We did see one wild hog running through the marsh just after we left the area.) 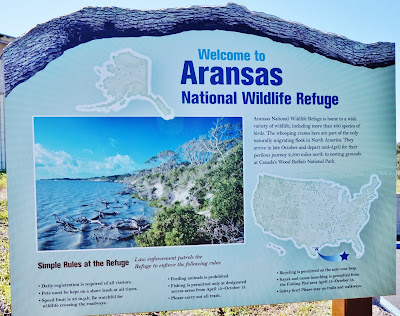 We stopped by the different outlooks, had a picnic near the docks, and walked the Big Tree Trail.
Whooping cranes are migratory birds that settle on tidal marshes. From late October to mid-April, crane families feed in the saltwater marshes. Aransas hosts the largest flock of wintering whooping cranes in North America with over 250 birds.  By mid-April they depart in pairs or small family groups for a hazardous journey 2,500 miles north to nesting grounds at Wood Buffalo National Park in Northwest Territories, Canada. Once nearly extinct, whooping cranes appear to be on the upswing, from a low of 15 in 1941 to over 500 cranes in North America today.  Despite a worldwide concern for their protection, they still teeter on the brink of extinction.

The wild hog of Aransas is the decedent of domesticated hogs which were raised on the peninsula during the mid-1800's.  Todays wild, or feral, hog also has some traces of the European wild boar as they were introduced to the area in the early 1930's.  Today over 500 of these animals roam the marshes and brush lands of the Aransas. 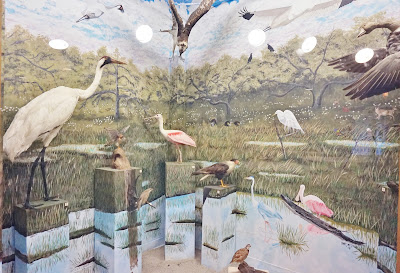 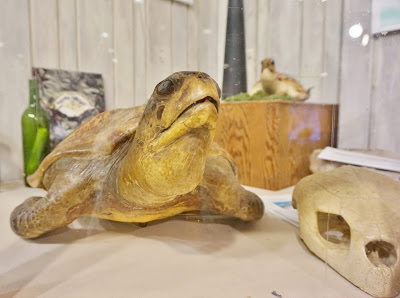 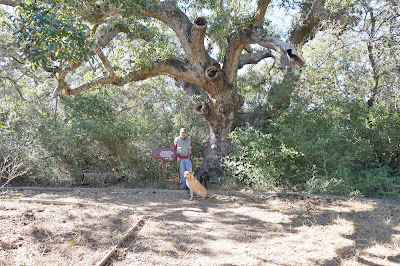 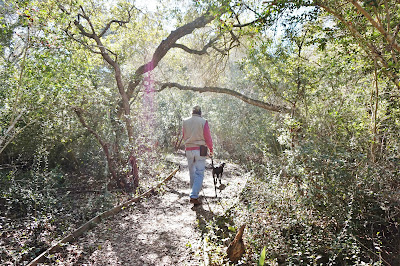 We took a short walk on the Big Tree Trail. The Big Tree sprouted from an acorn ... as Francisco Coronado set out in search of the Seven Cities of Gold in 1540.  The acorn became the Big Tree.

This is the only real wild life we saw.  We were standing on an observation deck and saw this hog run across the marsh toward the marsh we were just at.

Quote for the day: We do not inherit the Earth from our ancestors; we borrow it from our children. ~~ Native American proverb