The Marine Corps War Memorial stands as a symbol of this grateful Nation's esteem for the honored dead of the U.S. Marine Corps.  While the statute depicts one of the most famous incidents of WWII, the memorial is dedicated to all Marines who have given their lives in the defense of the United States since 1775.

We listened to a brief description of how the statute came to be in Texas, then watched a short movie about Iwo Jima. 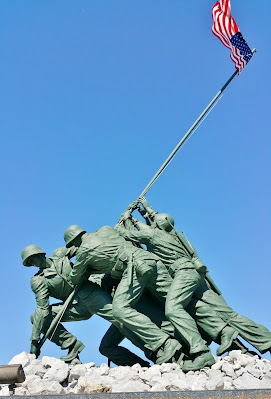 The 32-foot high figures are shown erecting a 78-foot steel flagpole from which a cloth flag flies 24 hours a day. 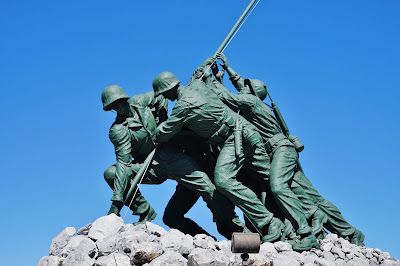 Farthest from the flagstaff is PFC Ira Hayes; PFC Franklin R. Sousley, KIA (to the right of Hayes); Sgt Michael Strank, KIA (on Sousley's left); PM2/C John H. Bradley (in front of Sousley); PFC Rene A Gagnon (in front of Strank); and CPL Harlon H. Block, KIA (closest to the bottom of the flagstaff). 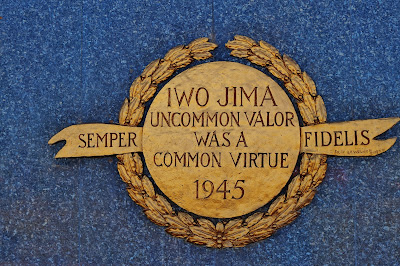 The memorial here was given to the Marine Military Academy in October of 1981.  It is the original working model prepared by Dr. de Weldon for the casting of the bronze in Washington.  The Monument is on the grounds of the Marine Military Academy, an independent, nonprofit, military, college-preparatory boarding school for boys grades 8 through 12.

News photographer Joe Rosenthal caught the afternoon flag raising in an inspiring Pulitzer Prize winning photograph.  To build the statute, the three survivors posed for the sculptor who modeled their faces in clay.  Then all pictures and physical statistics of the three who had given their lives were collected and then used in the modeling of their faces.

Once the statute was completed in plaster, it was carefully disassembled and trucked to Brooklyn, NY for casting in bronze. After the three year casting process, the bronze parts were trucked to Washington, DC for erection at Arlington National Cemetery. The plaster working model was moved to Dr. de Weldon's summer home and studio in Rhode Island for storage. The bronze memorial in Washington was officially dedicated by President Dwight D. Eisenhower on November 10, 1954, the 179th anniversary of the U.S. Marine Corps.

The Memorial here was given to the Marine Military Academy in October of 1981.  It is the original working model prepared by Dr. de Weldon for the casting of the bronze in Washington. 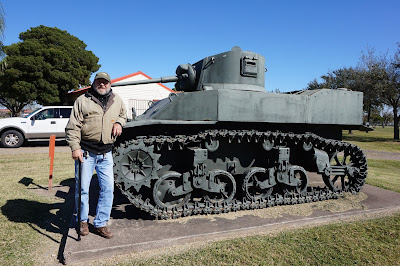 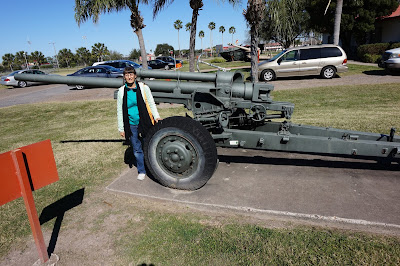 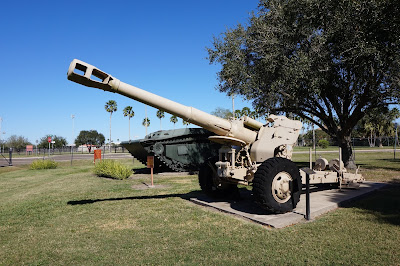 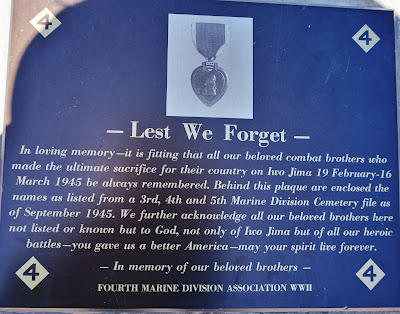