Since we are so close to San Antonio, we decided to venture downtown to visit The Alamo.  We did not stay all day as parking was $12 for only three hours, and we did not want to pay extra for more hours.  Luckily the parking lot was close to The Alamo. 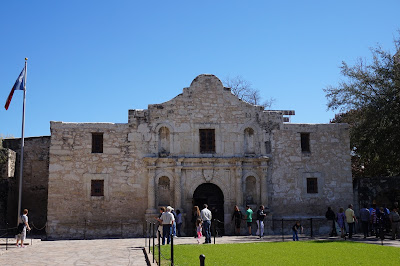 The Alamo and San Antonio played a critical role in the Texas Revolution.  In December 1835, Texians and Tejano volunteers battled Mexican troops, forcing General Martin Perfecto de Cos to surrender. However, on February 23, 1836, the arrival of General Antonio Lopez Santa Anna nearly caught the Texians and volunteers by surprise. A plea for help was sent out and reinforcements arrived eight days later. Among the Alamo's garrison were James Bowie, renowned knife fighter, and David Crockett, famed frontiersman and former Tennessee congressman.

The final assault of The Alamo came before daybreak of March 6, 1836, when Santa Anna's soldiers scaled the walls and rushed into the compound. By sunrise, the battle had ended and the garrison was slain. There were a few survivors, mostly women and young children. 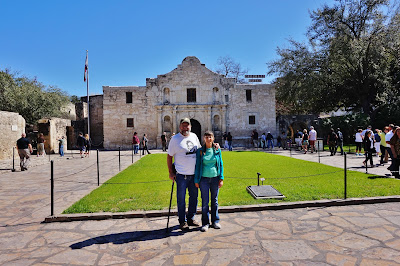 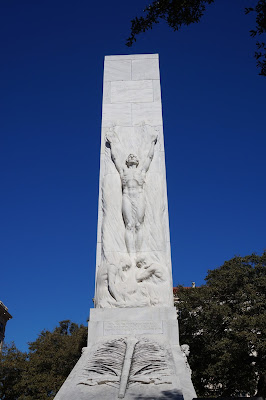 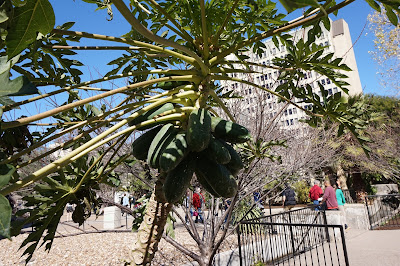 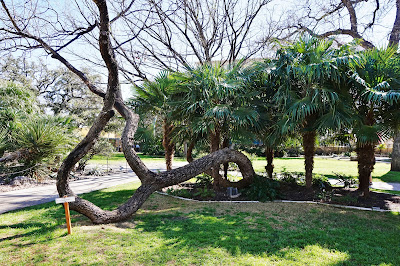 The grounds were beautiful and well kept.  Huge oak trees and lots of flowers.

From The Alamo, we ventured down into River Walk.  What a fiasco that was - it was so crowded and we had a hard time walking along the sidewalk. Unfortunately, we picked lunch time to go down there, and then San Antonio had conventions going on, and all those people were out getting lunch.  Needless to say, we walked down a little way and then made our way back up to the street before heading back to the truck. 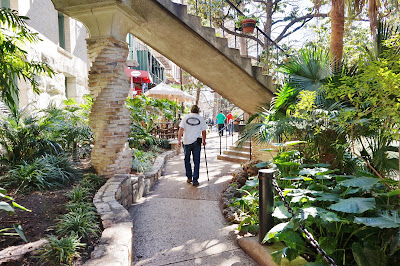 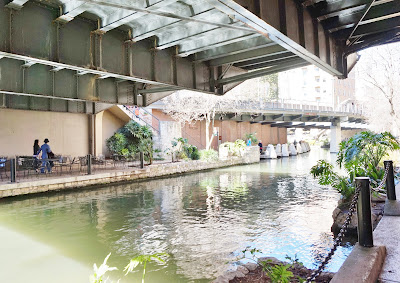 St. Joseph Catholic Church, began in 1868 and dedicated in 1871, was designed by French immigrant architect Theodore E. Giraud. A steeple designed by James Wahrenberger was added in 1898.