Where were you on the morning of September 11, 2001? I remember sitting at my desk at work when word came over the radio. Everyone was totally shocked and in disbelief. Then we started learning the story ... America was under attack.

In a huge field just east of the town of Stoystown and north of Shanksville, Pennsylvania, the passengers on Flight 93 make a momentous decision to take back the plane and not let the hijackers fulfill their objective. The hijacker's target: the Nation's Capitol, and thank goodness these heroic people thwarted that goal, giving their lives in that effort. 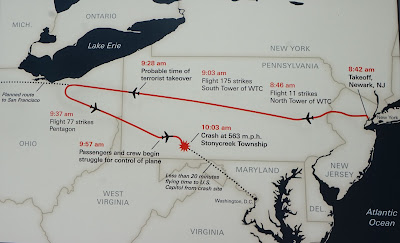 Upon learning of the hijacking, the passengers and crew manage to place calls to their loved ones and authorities. They learned that their aircraft was part of a larger attack on the country, including the news that a third plane had crashed into the Pentagon. This realization leads to a vote and a collective decision to fight back. In less than 30 minutes, the passengers and crew members develop a plan and put it into action. They rush forward from the back of the plane toward the hijackers and the cockpit. The cockpit voice recorder captures their struggle: shouts, screams, calls to action, and sounds of breaking glassware. Six minutes of struggle kept the airliner from reaching its target in the Nation's Capitol.

Flight 93 hit the ground traveling at 563 mph and carrying more than 5,000 gallons of jet fuel, exploding on impact, and throwing debris into the nearby hemlock grove. Eyewitnesses report a fiery crash, and a 911 dispatcher radios fire and emergency medical personnel. Arriving within minutes of the crash, they find a smoking crater, burning trees, and the ground littered with fragments of the plane. 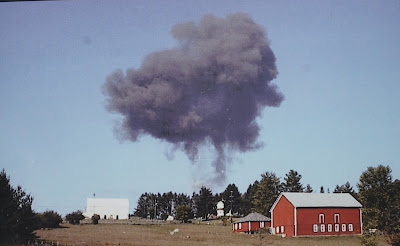 "When I opened the door, I could see the smoke up over the hill. It was a really crystal blue sky. There was a huge plume of smoke, but it was just silence out there." ~ Val McClatchey, nearby resident who photographed the smoke cloud from her front porch. 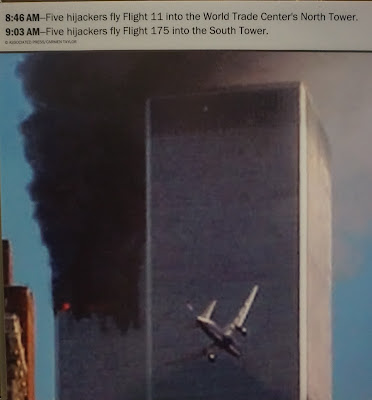 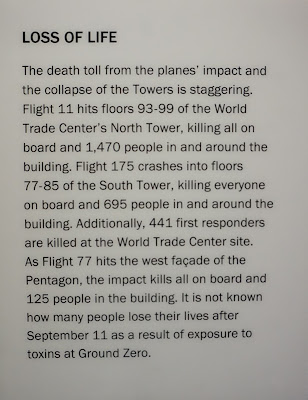 It started through the summer of 2001 as the U.S. Intelligence community reported a dramatic increase in threats by terrorist groups. Many warnings pointed to al Qaeda, a terrorist network based in Afghanistan, and their plans to attack overseas targets and unspecified US interests. Though desperate to prevent attacks, intelligence agencies do not have specifics about a date, method or target. By mid-morning on September 11, al Qaeda brought international terrorism to the U.S. soil. Terrorists hijacked four airplanes to attack symbols of American power. In less than two hours' time, nearly 3,000 people are killed. 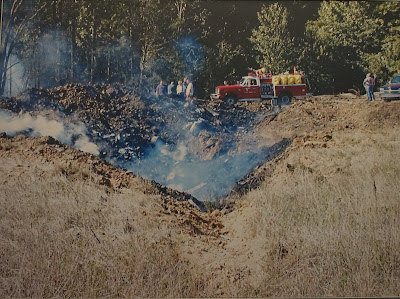 First responders and local citizens arrive to find the crash site and adjacent trees still smoldering, and the ground littered with fragments of the plane. The crater is 15 feet deep and roughly 30 feet across. 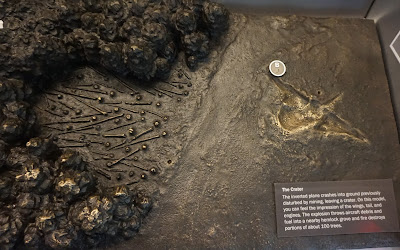 The inverted plane crashes into ground previously disturbed by mining, leaving a crater. On this model, you can see the impression of the wings, tail and engines. The explosion threw aircraft debris and fuel into the trees and fire destroys about 100 trees.

Investigators were only able to recover a small percentage of the human remains. Scientists, working with the Coroner, identify all on board through DNA analysis. This field becomes the final resting place of the passengers and crew. There were 40 men and women who faced the unimaginable. Their determined actions in the skies above this place prevented an even greater loss to the nation. They came from varied backgrounds, and from across the nation and around the world. They all received the Congressional Gold Medal, authorized by the Fallen Heroes Act of 2011, and recognizes the "heroic and noble" actions of the passengers and crew of Flight 93. 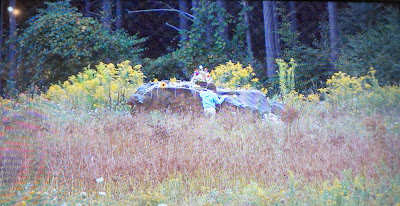 The 17-ton sandstone boulder was placed in the field to mark the approximate location of the point of impact. 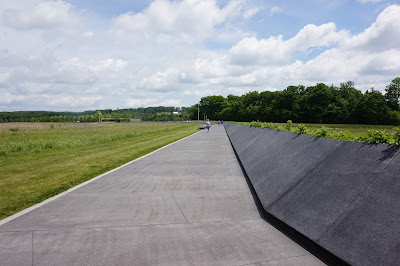 The 1/4 mile walkway and sloped wall mark the edge of the 40-acre crash site and debris field. 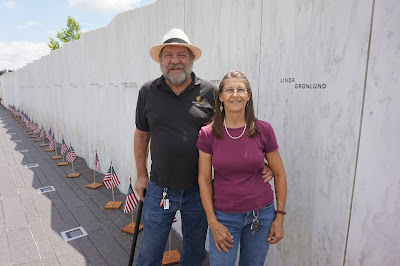 The white panels hold the names of the 40 men and women who gave their lives on Flight 93. It looks like it's one piece, but it actually zig zags down the line leading to the crash site. 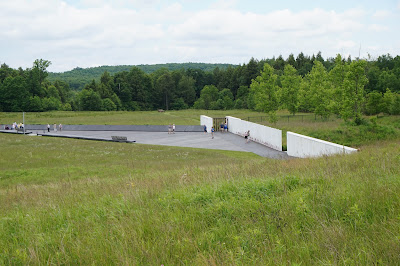 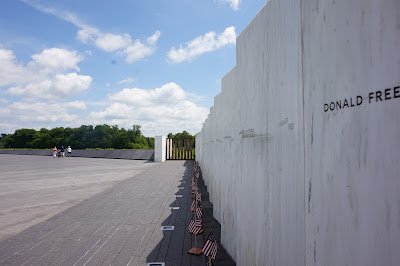 Through the wooden gate at the end leads to the boulder. I took this picture through the gate: 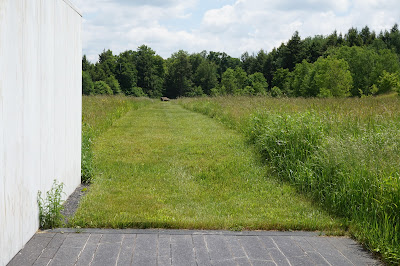 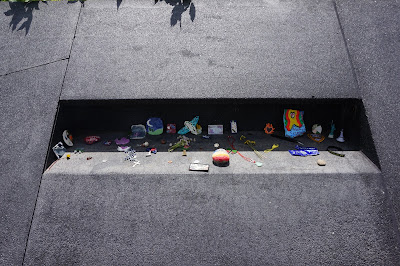 When the wall was built they put in a few clefts where people put mementos. 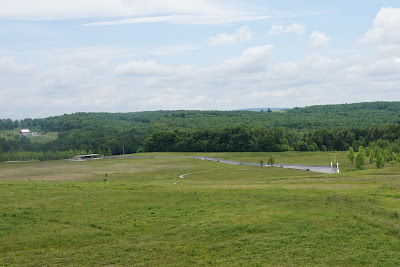 The flight path and crash site taken from the deck outside the visitor's center. 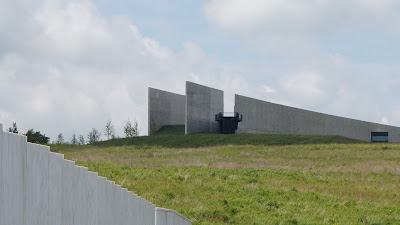 And here is a picture of the observation deck that I took from the walkway of the crash site.


Quote of the day: "God bless and help all the victims and patriots of 9/11, from the families of Flight 93 passengers to those who were in the Pentagon and Twin Towers as well as others who have fought and presently fight the war on terror." ~~ Chuck Norris