Springfield Amory is special because of its contribution of firearms starting in the 1700s and running through the 1900s. In 1794 the new federal government decided to manufacture its own muskets so that the country would not be dependent on foreign arms. President George Washington selected Springfield, Massachusetts as the site of one of two federal armories. The second armory was built at Harper's Ferry in Virginia until the beginning of the Civil War when it was destroyed by the North.

From its position at the crest of a hill overlooking the Connecticut River, Springfield Armory exerted a profound influence over the city and the nation. It manufactured, stored, repaired, tested and developed functions assigned by the United States Army. It stimulated technological innovation, improved manufacturing techniques, and increased the use of laborsaving machines. All of this had a lasting impact on American industry.

The presence of the Armory was a major factor in determining the character of the region, pointing the way to the transition from agriculture to industry. Before long the Connecticut Valley became known as a center for gun making and other precision industries.


The Armory's first productions were modeled after the French Charlieville musket of 1763, which carried them through the Civil War.

A sentry walking his patrol on a rainy night has his musket and bayonet turned into a corkscrew by lightning, but the powder charge is untouched. A porcupine gnaws at a musket for the sweat salt impregnating it. And in the heat of the battle, chance drives a musket ball into the stock or barrel where it remains embedded.

In 1819, Thomas Blanchard's invention (called Blanchard Lathe) of the duplicating lathe was one of the most significant developments in American industrial history. It permitted exact duplication of irregular wooden shapes, such as gun stocks. This was an important step in creating mass production techniques.

The rifling machine cut spiral grooves into the barrel of a firearm. A bullet traveling in a spiral, like a football, was more accurate.

After going through the great heat of manufacturing, gun barrels needed to be straightened. A barrel that was not perfectly straight could not be accurate. this type of machine was used most of the 20th century.

A wagon could be driven through the large double doors on the loading dock where crates of guns could be loaded directly on or off the wagons, using a block and tackle system anchored at the top of the tower.

In 1843 Henry Wadsworth Longfellow visited the Armory and later wrote his anti-war poem "The Arsenal at Springfield."

This is the Arsenal.
From floor to ceiling,
Like a huge organ,
rise the burnished arms;
But from their silent pipes
no anthem pealing
Startles the villages
with strange alarms

By the time of the Civil War (1861-1865) carbines were carried almost exclusively by cavalry who needed a weapon less cumbersome to carry and reload than a musket.

Robbins &  Lawrence Company under the guidance of Springfield Armory, manufactured an early repeating rifle that was the forerunner of the Henry Rifle used in the Civil War. The design was later modified into the lever-action repeater that successfully launched the Winchester Repeating Arms Company.

The Springfield "03" is probably the weapon most identified with Springfield Armory, is known for its accuracy, reliability, and ruggedness. Between 1903, when production began, and 1936, Springfield Armory turned out more than one million M1903 rifles.


After years of experimentation and development, John Garland's M-1 rifle was adopted for use in January 1936. During World War II, the M-1 rifle proved to be a rugged, dependable weapon under extremely variable conditions.

How Springfield, Massachusetts and the Armory contributed to the development and industrialization of the United States ~~

Colt's Patent Fire Arms Manufacturing Company established in New Haven, moved to Hartford in 1848 to be closer to Springfield Armory. After the Armory closed in 1968, Colt became the primary shoulder arm manufacturer for the U.S. military.

Henry Leland, inventor of the Cadillac and Lincoln automobiles, the electric automobile starter, the V-8 engine, and the Liberty aircraft engine, was trained as a machinist at Springfield Armory during the Civil War.

Rolls Royce produced many of its finest cars in Springfield in the 1920s and 1930s. Springfield was the only location outside of England where they found a reliable pool of precision metal workers.

Springfield Armory was renowned for its technological innovations, inventions and inventors. It developed and manufactured shoulder weapons for the U.S. armed forces from 1794 to 1968. Private industries supporting and supplementing the Armory's production adopted manufacturing and quality control techniques pioneered at Springfield Armory.

This transfer of manufacturing technology from the government to the private sector was further advanced by former Armory craftsmen working for companies that manufactured products in addition to firearms. Together, they created the "Precision Corridor" spreading Springfield Armory's precision manufacturing practices throughout the Valley. 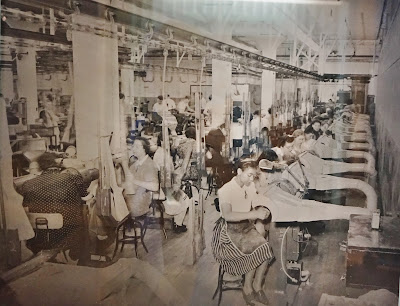 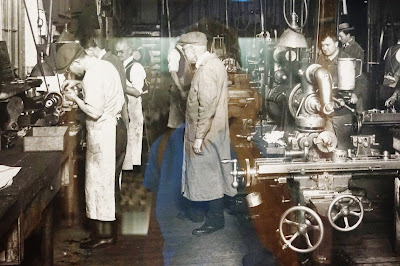 The demand for skilled labor, regardless of religious or ethnic background, had long been a characteristic of Springfield Armory and had influenced the community which grew up around the Armory. The two World Wars created additional demands for labor, demands that could only be met by hiring women. During World War II, Women Ordnance Workers, with their distinctive bandannas, contributed to the high productivity of the Armory.


Quote for the Day: "If we are to secure peace one of the most powerful instruments of our rising prosperity it must be known that we are at all times ready for war." ~~ George Washington, 1793