Filled with toy trains of all makes, sizes and ages, the National Toy Train Museum has many displays as well as train cities set up for guests to play with - just by pushing buttons you can light up the displays and make the trains run. We had fun playing with the displays. There was even a huge complete Lego city set up with Lego trains. Starting off in the museum were Lionel trains, specifically featuring the woman who paints their trains ~~ Angela Trotta Thomas. Can you imagine being one of the artists to be licensed by Lionel Trains? What an honor! This painting was featured on one of her Christmas boxcars.

Ms. Thomas' work has been featured on the cover of numerous national magazines. Her toy train art has been exhibited in the Smithsonian and Everhart museums, as well as the Sardoni Gallery in Kings College and toured Japan as part of an American art exhibit. Her Rockwell like paintings have earned her the title of "The Train Lady." In 2000, she was selected to paint the cover for the Centennial Catalog cover for Lionel. This marked the first illustrated catalog cover since 1969. Since then her artwork has been featured each Christmas on a holiday boxcar.


The Antique Automobile Club of America has commissioned her for their Christmas paintings for many years and her elegant interpretation of automobiles of the classic era has resulted in her being selected to create centennial paintings for Packard, Pierce Arrow, and Cadillac club cars. 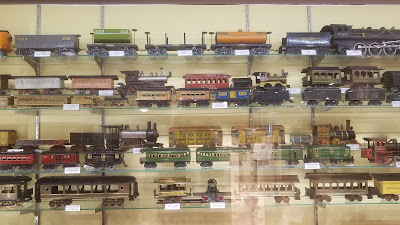 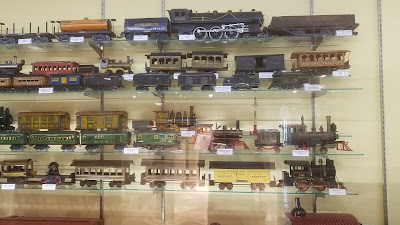 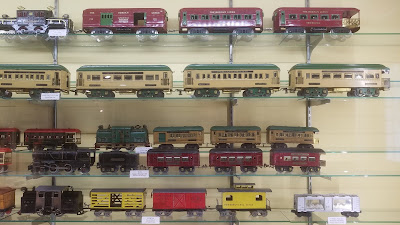 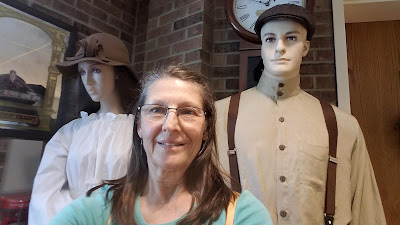 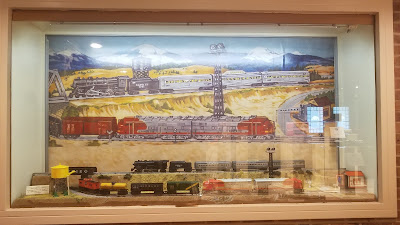 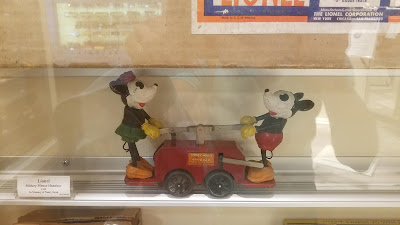 The first toy trains were pull-toys and therefore, were "child-powered." They were made of either wood or cast iron. The cast iron manufacturers were located near the source of raw material and many were located in Pennsylvania. One of these manufacturers was Hubley Manufacturing Company, located in Lancaster, Pennsylvania. Lancaster was located very close to where we were staying at Circle M Thousand Trails. 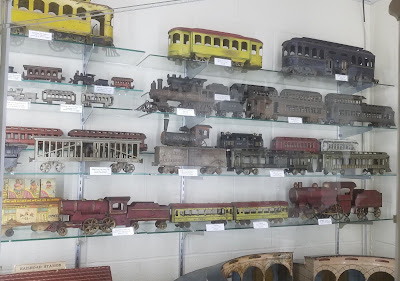 Shown in these cases were floor trains from 1860 to 1920, and live steam trains from 1890 to 1915. The earliest toy trains were made of tin or wood covered n lithograph paper. Some were pulled or pushed along the floor while others ran on spring-wound motors. Floor trains called "hillclimbers" were powered by fly-wheel-friction motors. Cast iron trains are a uniquely American contribution to toy train history. The use of sand molds to form cast iron bodies allowed for economical production of these trains. Many companies emerged in the late 1800s to produce cast iron trains.

Live steam trains were powered by steam like real locomotives. Their boilers were filled with water and heated by alcohol burners. Although sold as toys, these trains were dangerous and could cause a fire. Some early live steamers were known as "dribblers" for the trail of water left as they moved across the floor. 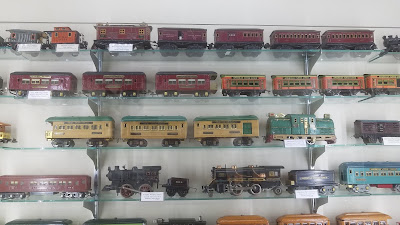 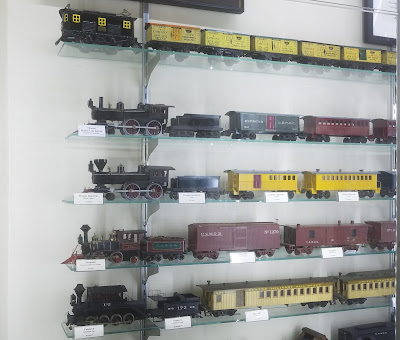 Toy trains of the depression era from 1929 to 1940. Lionel's steam passenger and freight sets of the early 1930's are shown here. 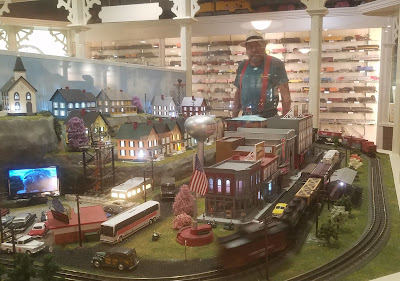 This is the Lego village. I did a video of it, but it's too big and Blogger won't accept it. The village is really neat. 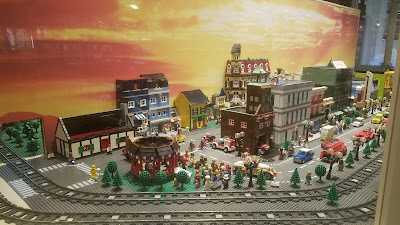 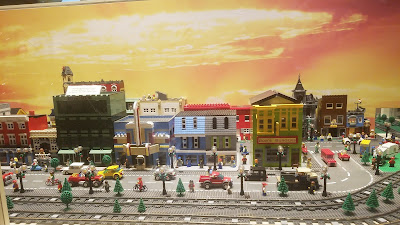 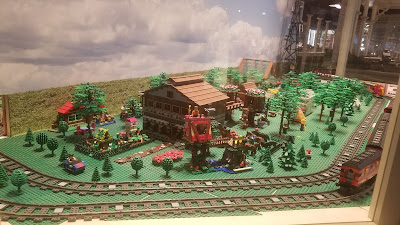 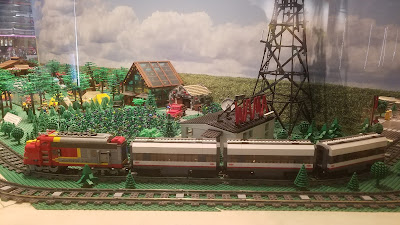 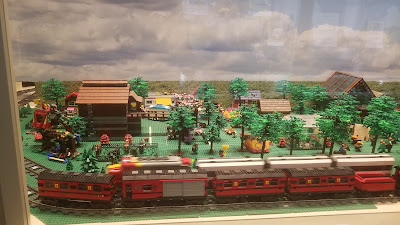 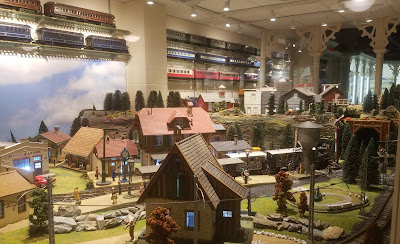 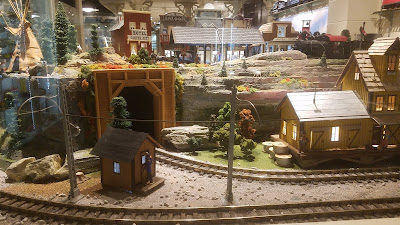 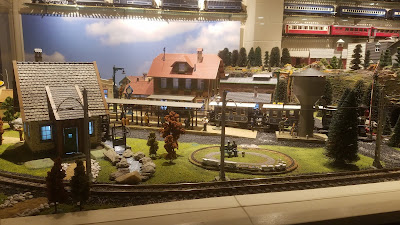 Jim and I saw the original Galloping Goose when we were in Dolores, Colorado. They have a toy model of it on display here. 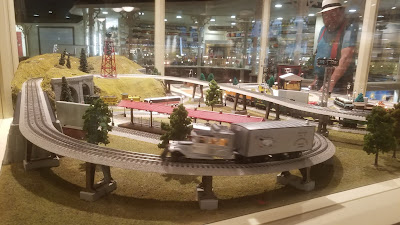 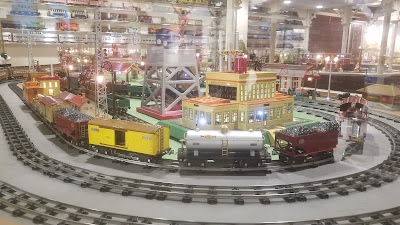 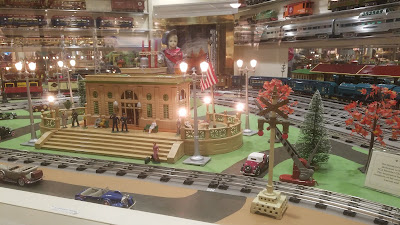 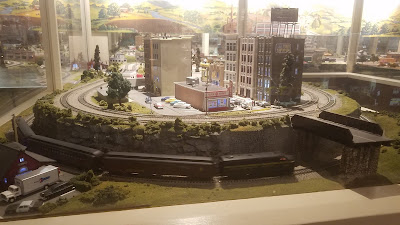