Crazy Horse Memorial started with the inspiration of sculptor Korczak Ziolkowski who was born in Boston, MA of Polish descent.  After the 1939 World's Fair, Korczak received a letter from Lakota Chief Henry Standing Bear, who asked Korczak to come to the Black Hills to carve a memorial of Lakota Leader Crazy Horse. The Lakota chiefs wanted to let the white man know the red man has great heroes as well. Crazy Horse was to be carved not so much as a lineal likeness but more as a memorial to the spirit of Crazy Horse to his people. With his left hand gesturing outward in response to the derisive question asked by a white man, "Where are your lands now?" He replied, "My lands are where my dead lie buried." Korczak began work on Thunderhead Mountain in 1948 with only $147. 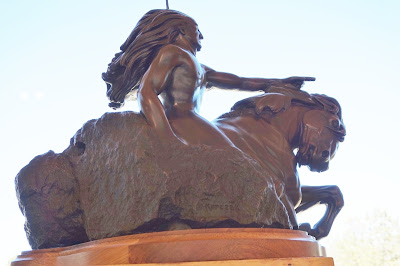 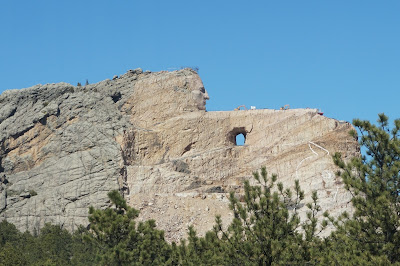 These pictures were thought to be Crazy Horse but after further study, it has been determined that it's actually a Pawnee Chief. 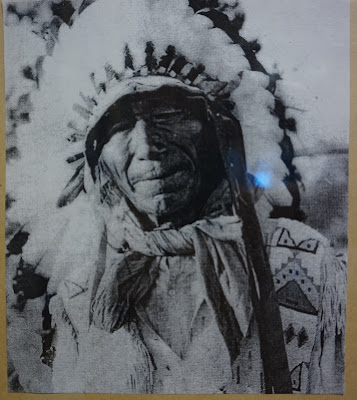 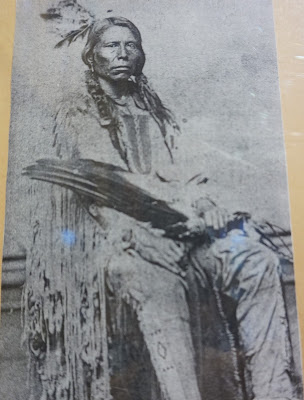 As spiritual leader and head of the Hunkpapa warrior societies, this legendary chief and vision seeker guided his people for nearly 40 years during times when Manifest Destiny sought her fortune within the lands of the Sioux.

Korczak and his wife Ruth had 10 children who continue the legacy of Crazy Horse. There is no proposed date of completion, but it is estimated that work will continue for another 35 years and more.

Crazy Horse was a revered warrior and strategist. He was instrumental in many well-known conflicts including the Battle of Little Big Horn. In early September 1877, Crazy Horse was mortally wounded, and on September 6 of each year, a night blast is held to honor Crazy Horse's life, to remember his death at a young age, and to celebrate the birth of Korczak. 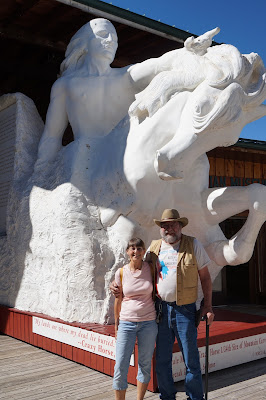 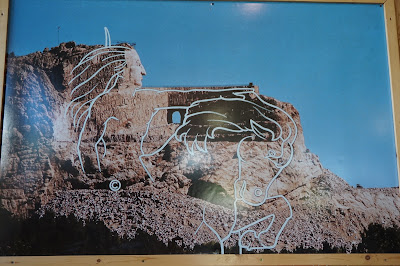 Crazy Horse's face is 87 feet, 6 inches. It was completed on June 3, 1998. The entire carving is planned to be 563 feet high and 641 feet long. The memorial is carved from pegmatite granite. Right now the current focus for carving is on Crazy Horse's hand, finger and the horse's mane. 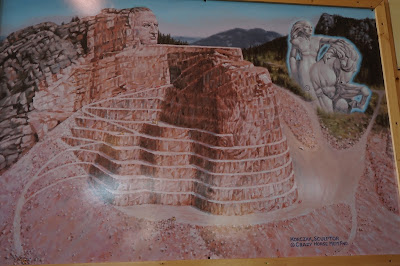 These drawings are what the finished memorial is projected to look like. Korczak's sons continue the work on the memorial. The mission of Crazy Horse Memorial Foundation is to protect and preserve the culture, tradition, and living heritage of North American Indians. The buildings around the memorial house the Welcome Center, Education and Conference Center, Indian Museum of North America (three wings plus the Cultural Center), gift shops, viewing veranda, restaurant (overlooking mountain), snack shop, mountain displays, sculptor's log studio home, Bronze showroom, and Native American Cultural Center). There is also an orientation film narrated by Ruth Ziolkwski. This place is huge. We took about 2 hours to walk through the whole place.

Part of Korczak's and Ruth's dream was to have the Indian University of North America. The University held its first summer session in 2010. Since then, 189 students have successfully completed the summer program. Students finish their first semester of college including a paid internship. 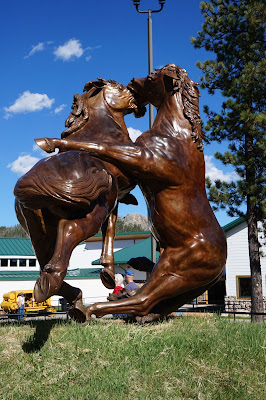 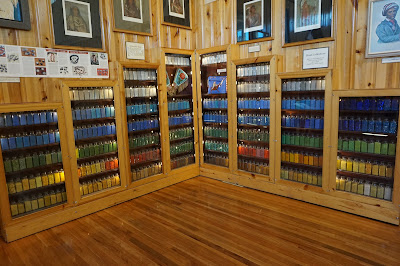 This is a collection of Indian Glass Beads which were a gift from Ray Hillenbrand of Prairie Edge in Rapid City, and is from the same guild that supplied fur traders in the 19th Century. When Societa Veneziana Conterie in Italy closed its door, Mr. Hillenbrand acquired all of the remaining inventory, over 70 tons of beads.