Another trip into Yellowstone National Park took us northeast to Canyon Village. I wanted to go to Hayden Valley and see some wildlife but the road was closed due to a mudslide. So instead of that we took the North Rim Trail back to Canyon Village. Part of the trails and road were closed, even though it's almost the end of May there was a lot of snow all over the place.  The elevation was almost 8,000 feet so the snow was not all melted.

Our first stop was Gibbon Falls, which is on the way from West Yellowstone to Norris. Gibbon Falls plunges 84 feet then continues toward the Yellowstone Caldera about 1/4 mile down river. As Gibbon Falls erodes the rock below, the waterfall forever grows higher and migrates farther from the rim of the caldera. 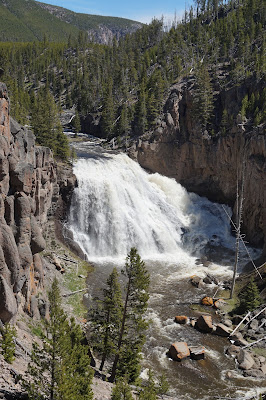 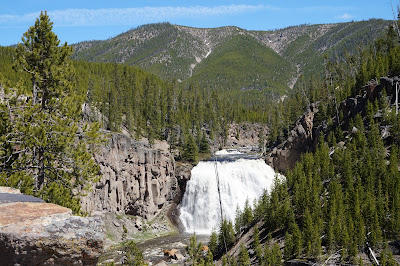 Volcanic history is everywhere in Yellowstone. When the Yellowstone volcano erupted about 640,000 years ago, volumes of volcanic ash spewed forth. Intense heat welded the mountains of ash into rock called Lava Creek tuff.  The Gibbon River rushes through a canyon of Lava Creek tuff. Tuff formed the hillsides high above the river. The road we were driving on cuts through a wall of tuff strewn with rocks that were deposited by the Yellowstone icecap around 14,000 to 16,000 years ago. 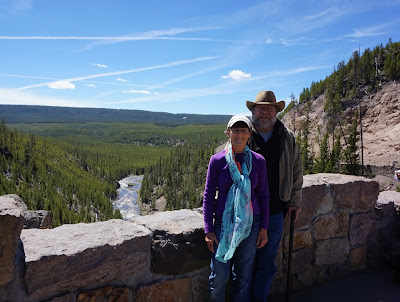 And of course, no trip into Yellowstone would be complete without some pictures of Bison. They are everywhere and there are a lot of babies this spring. We even got to see some Elk, but not very close. Look at the cute little baby Bison I was able to get a picture of. He looks like he's stretching. 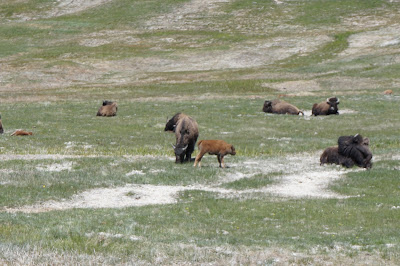 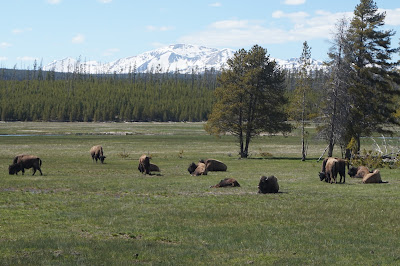 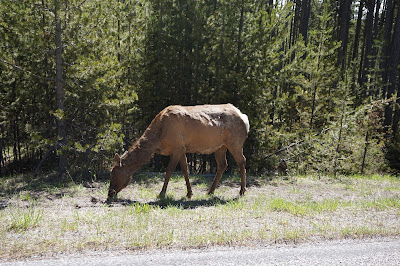 Yellowstone has its own canyon, formed by the Yellowstone River, creating a huge canyon complete with numerous waterfalls.  The Upper Falls had a trail down to the top of the falls - 10 switchbacks on the trail.  It was easy going down and a lot harder coming up. Jim sat this one out.


The trail going down to the Brink of Lower Falls was carved out of the canyon wall which was exposed by the Yellowstone River while excavating the canyon. Below Lower Falls volcanic heat and gases soften the rhyolite rock. The river carves more quickly here than upstream, sculpting a ledge and creating a waterfall. 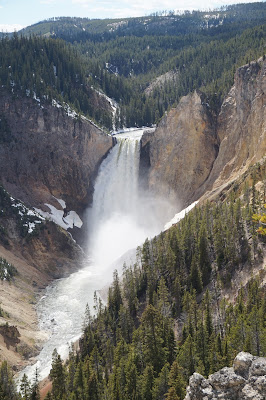 The Yellowstone River plunges 308 feet over the Lower Falls. Hot springs have weakened the rock just downstream, where you might see several geysers spouting into the river. As falling water pounds the soft rock, it continues to undercut the falls and deepen the gorge. 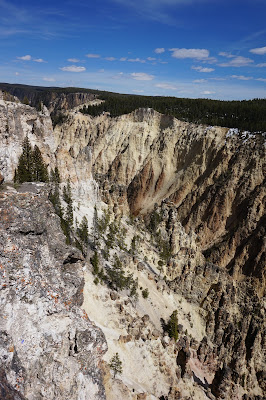 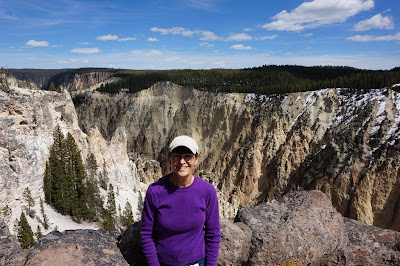 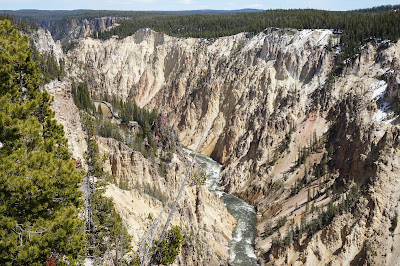 And of course, a couple pictures of the switchbacks that I walked: 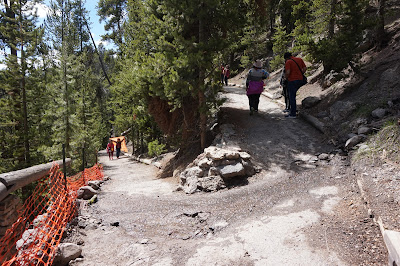 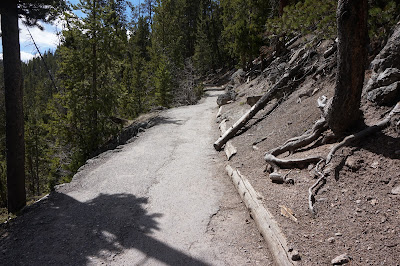 Our last stop on this trip was Beryl Spring.  Under proper light, this spring shines like the blue-green gemstone, beryl. Its activity was greatly altered by the 1959 earthquake. The violent agitation of the water is due to volcanic gases, mostly steam. The temperature of the water is a few degrees below boiling. It generally oscillates between 188.5 and 192 degrees and is one of the hottest springs in Yellowstone. 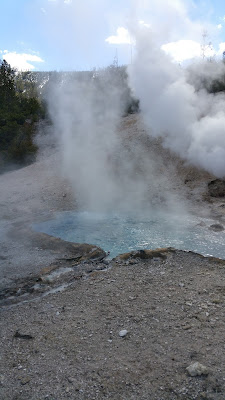 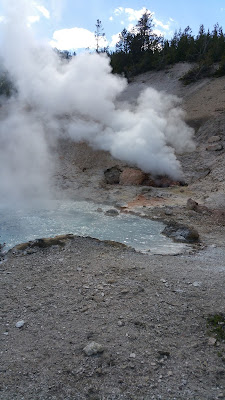 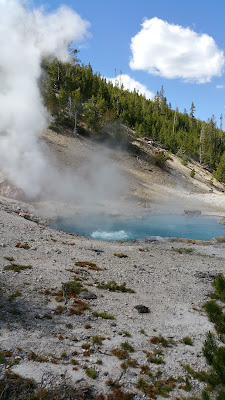 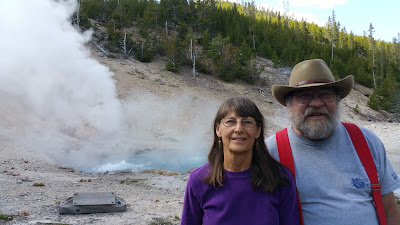 At the edge there is a flash of diamond and emerald, then the whole descending surface breaks into a tissue of frosted silver, and with a tremendous roar, re-echoed from the huge cliffs of the Canyon, becomes mixed with the iridescent cloud of spray which fills the hollow. ~~ Thomas Henry Thomas, 1884