We visited Yellowstone National Park for the first time today - even though season is still not actually here, it was still somewhat crowded. The few geyser basins we drove into were crowded and we could hardly find a place to park. We headed to Old Faithful with a couple of stops along the way. We entered through West Yellowstone and visited the sites on the western side of the park. 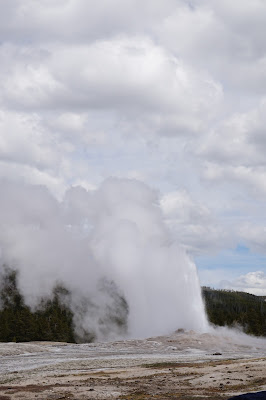 First stop was the Lower Geyser Basin with the Fountain Paint Pots. These are bubbling mud holes and crystal clear blue holes; a complex and dynamic hydrothermal area. There are geysers, hot springs, fumaroles, and mudspots. In the spring, the mudspots are thin and soupy, and splash a lot. As the year goes on and there is less water, they become thick and gurgly. 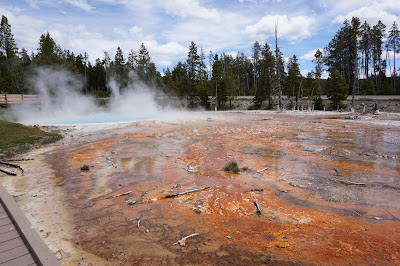 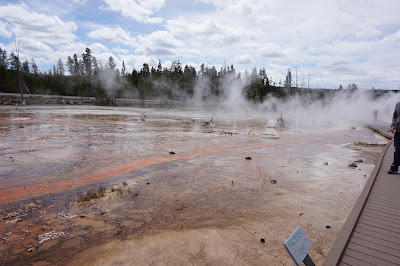 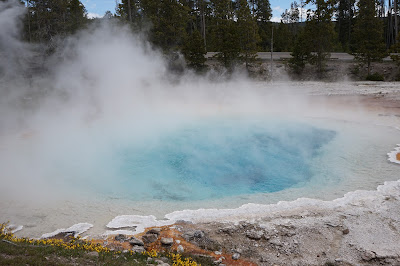 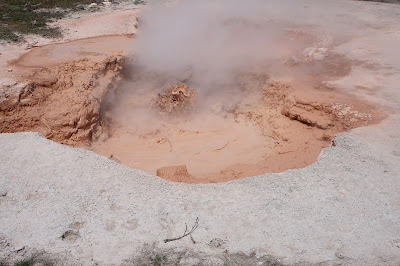 This vat of of bubbling mud contains the perfect mix of ingredients to create mudpots: heat, gases, water, volcanic rock, minerals, acid, and even living microorganisms. Heat loving thermopiles consume some of the gases and help convert them into sulfuric acid. The acid breaks down rock to form clay - clay that mixes with water to form mudpots.

Year after year, this huge mudpot, called "Mammoth Paint Pots" until 1927, has changed with the seasons. The spit thin, sloppy mud in spring and during the drier season, thick bubbles of mud and gas ooze through cracks, then burst and collapse, forming cone shaped mounds. 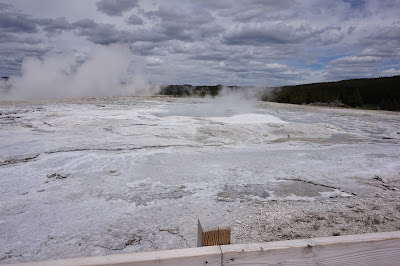 The Midway Geyser Basin is famous for the gorgeous Grand Prismatic Spring.  It is the Park's largest hot spring, and home to Excelsior Geyser's 200x300 foot crater. 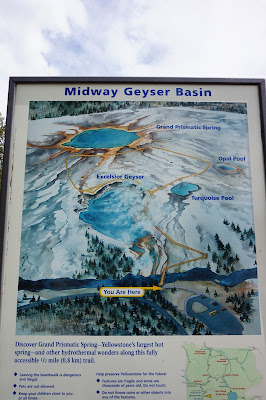 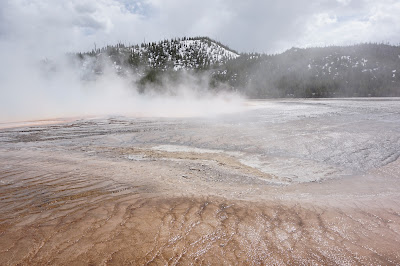 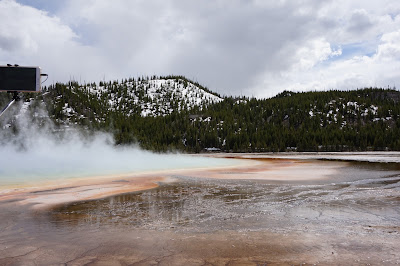 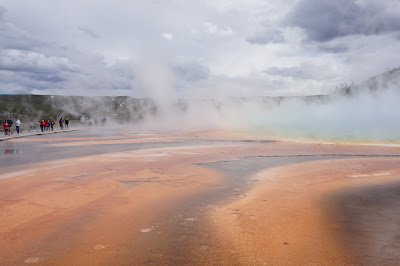 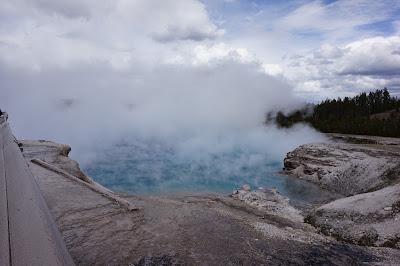 In the 1880s the Excelsior Geyser erupted in bursts 50 to 300 feet high. The thermal violence formed the jagged crater and apparently ruptured the geyser's underground system, causing eruptions to cease after 1890. On September 14, 1985, the Excelsior roared back to life with 47 hours of major eruptions. It is impossible to predict when it's next eruption will be. Though it's eruptions have been erratic, the geyser's outflow is nearly constant, pumping more than 4,000 gallons of boiling water per minute over the crater rim and into the Firehole River. 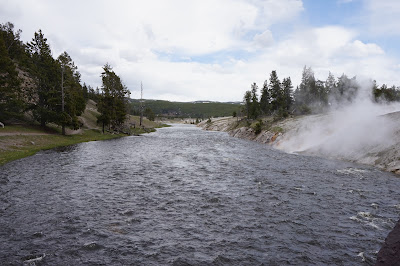 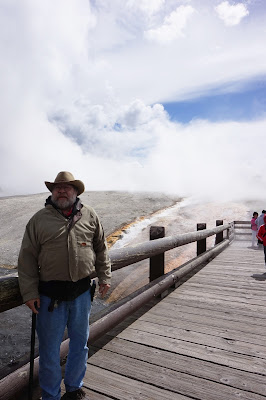 The water running from the geyser is to Jim's right and then it runs into the Firehole River.

Finally, we made it to Old Faithful. We almost did not make it in time to see Old Faithful erupt as we were finishing up lunch and I had to run back to the truck to get my camera.  Jim made it there before me and got some good pictures of Old Faithful. It only erupts once every hour and a half to two hours, and we got there just in time for the 2:00 pm eruption. 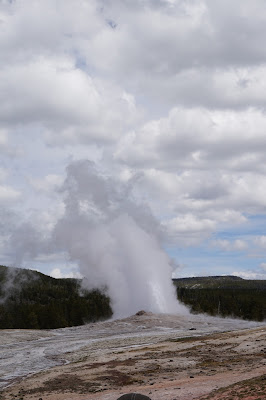 Each eruption from Old Faithful expels enough water to fill more than 150 bathtubs. The water that erupts begins as precipitation, percolating into the Earth. It may travel for miles before becoming super-heated and rising back toward the surface. Along the way, the super hot water dissolves minerals from the surrounding rock and mixes with cool water trickling into the system from rain and snow. The water's journey may last a decade or thousands of years.

On our way back to West Yellowstone our day was rewarded with a close up view of some Bison crossing the road, which brought us and a few others to a complete halt as they crossed the road and walked next to us. 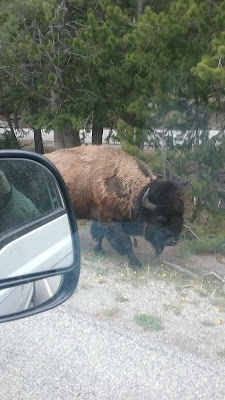 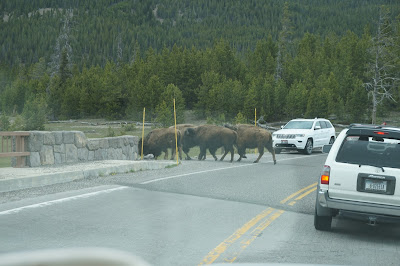 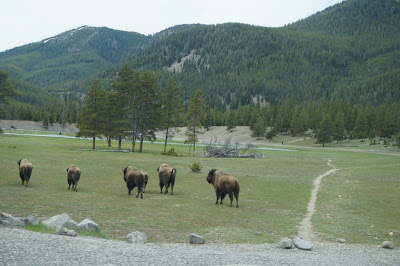