The bridges have had several names. They were first named President, Senator, and Congressman in order of height. Later explorers renamed them Augusta, Caroline, and Edwin. In 1909 the park was enlarged to protect nearby Puebloan structures, and the General Land Office affixed the Hopi names Sipapu, Kachina, and Owachomo. Sipapu means "place of emergence," the entryway by which the Hopi believe their ancestors came into this world. Kachina is named for rock art symbols that resemble symbols commonly used on kachina dolls. Owachomo means "rock mound," a feature atop the bridge's east abutment.

Millions of years ago these sandstones were deposited and then slowly uplifted as part of the Colorado Plateau. Erosion gradually formed today's canyons and landscapes. Plant communities varied over time: pollen studies show this area was once spruce-fir forest. Changes in climate changed the dominant plants, but pockets of Douglas fir still dot cooler, moist, north-facing cliffs near Sipapu Bridge.

Infrequent and unpredictable, precipitation can be dramatic--with long droughts to periods of heavy rain and snow. Plants and animals have adapted to this environment. Cryptobiotic soil, the black and lumpy crust here, holds moisture and stabilizes and adds nutrients to the soil. This allows other plant communities, like the pinyon-juniper forest, to develop and mature. 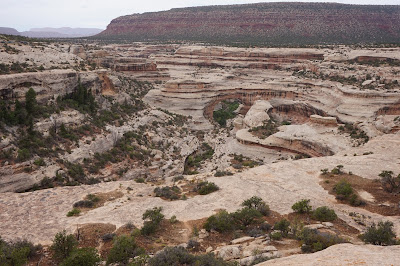 Cedar Mesa, a million acre plateau encompassing the monument and surrounding area, is composed of nearly horizontal sedimentary rock layers. During the Permian Period, wind blown sands from the north and west were deposited here as dunes. Later sediments buried these dunes and with time, pressure and moisture, they became petrified sand, or sandstone. Today geologists label this layer the Cedar Mesa Sandstone. Buried, then tilted and uplifted, the sandstone was slowly exposed by meandering streams which carried away the overlying sediments. These streams helped carve Sipapu and other bridges. 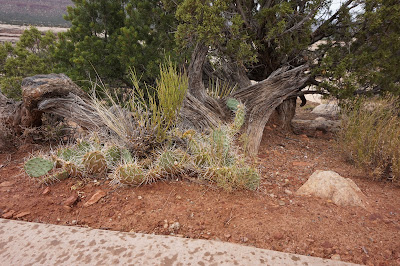 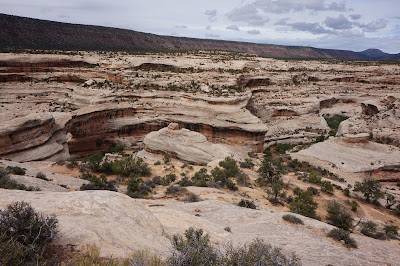 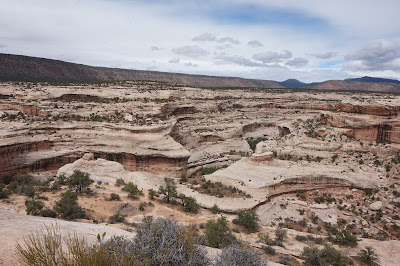 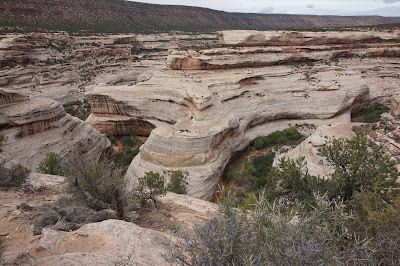 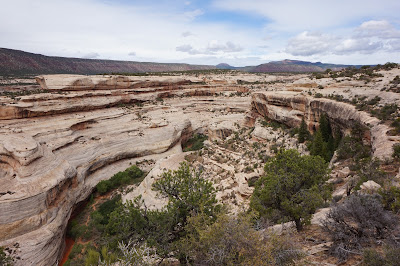 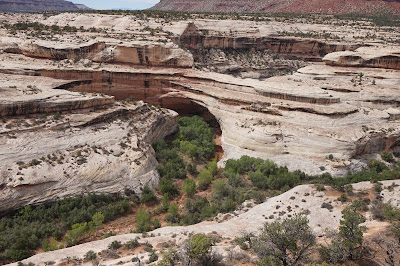 Kachina Bridge was named for the Hopi kachina spirits which frequently displayed lightening snakes symbolism on their bodies. Similar snake patterns were carved by prehistoric people on the base of Kachina Bridge. Kachina Bridge is the best place in the monument to preserve the making of a natural bridge. Here meandering streams cut deep into the Cedar Mesa. Sandstone carving a thin walled rock. The streams attacked the wall from both sides eroding the weaker areas. Eventually, the streams broke through the wall, creating a natural bridge.  Kachina Bridge is still being enlarged the streams. Flash floods wear away at the abutments and gravity pulls at loose rocks. Kachina Bridge is young but Canyon floodwaters still work to enlarge its span. It is 210 feet high, spans 204 feet, it is 44 feet wide, and 93 fee thick. 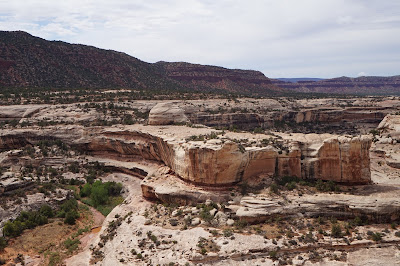 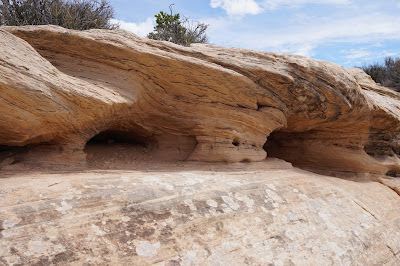 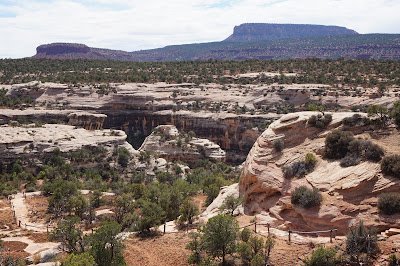 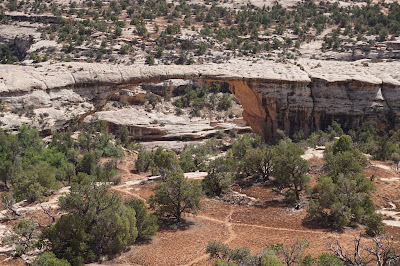 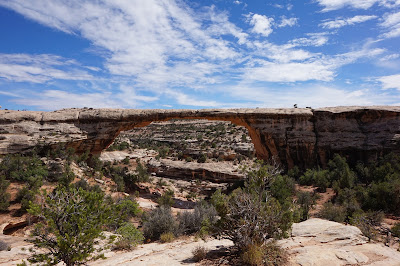 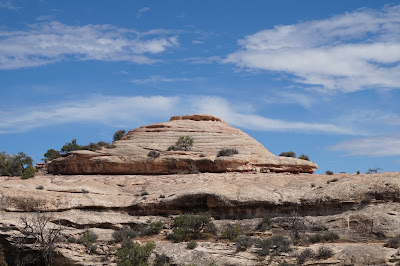 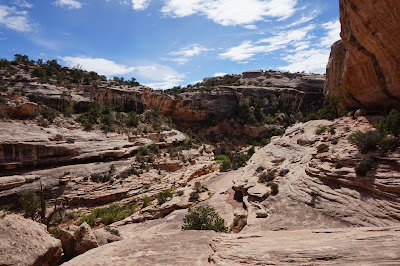 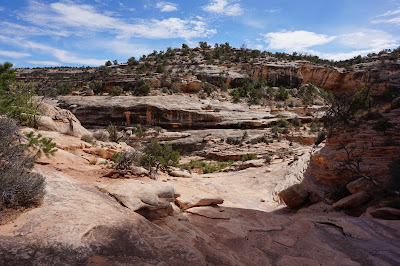 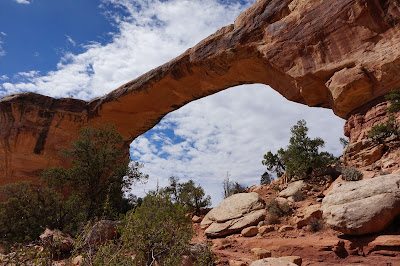 I was able to walk the half mile to see the Owachomo Bridge up close. I was actually underneath it and able to take a picture straight up. In the film about the bridges it told that in the 1800's men would ride their teams of horses over the top of the bridge. Streams no longer erode Owachomo in its old age, but frost action and seeping moisture. The bridge may now have a fatal crack, or it may stand for centuries. This bridge is 106 high, spans 180 feet, it is 27 feet wide, and 9 feet thick.