Canyonlands National Park preserves a wilderness of rock at the heart of the Colorado Plateau. Water and gravity, this land's prime architects, cut flat layers of sedimentary rock into hundreds of canyons, mesas, buttes, fins, arches, and spires. It is divided into three areas called Island in the Sky, The Maze, and The Needles. We only made it to Island in the Sky as getting to the other places were from different entrances, and we did not have enough time. There are many canyons and mesas wedged between the Green and Colorado Rivers. 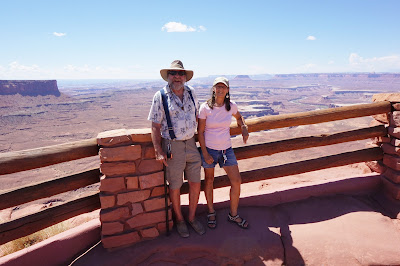 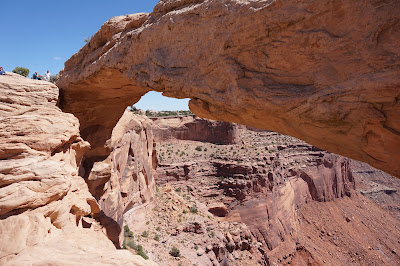 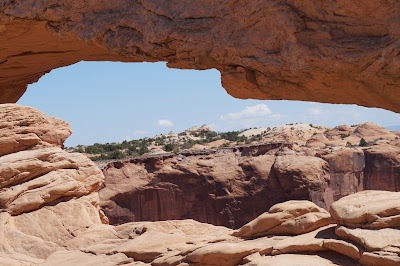 A lone span clinging to the canyon rim, Mesa Arch has greeted every sunrise for millennia. Repeated cycles of freezing and thawing created this geologic rarity as water seeped through cracks in the sandstone cliff. Eventually, these same forces will lead to its collapse.

Named by John Wesley Powell for its resemblance to a Turkish Turban. White Rim Sandstone acts as a protective cap rock on buttes and spires throughout the park.
The Green River begins in the Wind River Range of Wyoming and joins the Colorado River. The Green River divides the Island in the Sky District from the Maze District.

The Maze consists of a 114-square mile labyrinth of mesas, steep-sided buttes, and slender towers. Bands of red and white sandstone that resemble stripes on a candy cane. It is to the west of Island in the Sky District.


Named for the Ekker Family, who were pioneer ranchers in the area, this formation is just across the border in Glen Canyon National Recreation Area, elevation 6,226 feet.


Human activities have changed the face of Canyonlands. Livestock grazing in the late 19th Century altered plant communities. The roads and seismic lines seen in the below pictures were constructed in the 1950s in a search for oil and uranium. Mining and grazing activities eventually ceased with the creation of Canyonlands National Park, but the impacts are still visible today.

Desert plants endure poor soil, infrequent rain, intense heat and strong winds. Annual precipitation is less than 10 inches. Because of these challenges, seeds only germinate once every few years. This means that desert plant communities recover very slowly from any disturbance.

Grazing has ceased, mining has stopped, abandoned roads have been closed and back country travel is regulated. Natural revegetation is slowly repairing these impacts. Visual rehabilitation has begun to conceal the scars on the landscape, but full biological recovery will take many years in this arid environment. 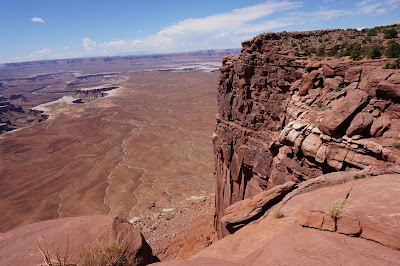 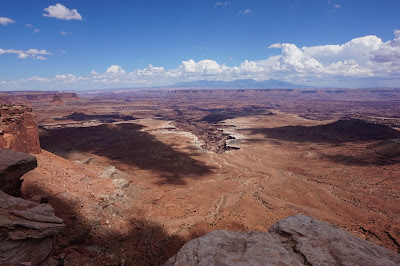 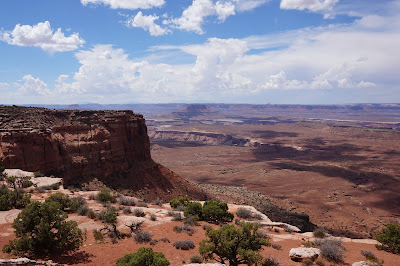 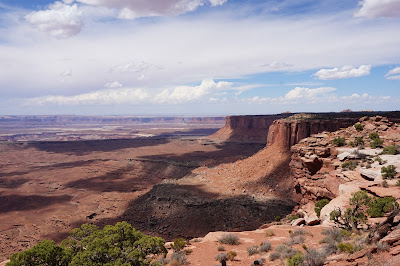 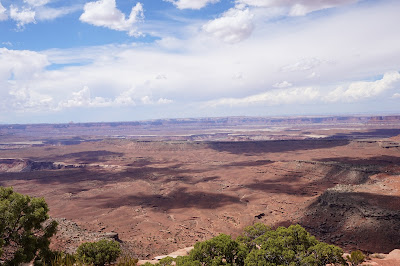 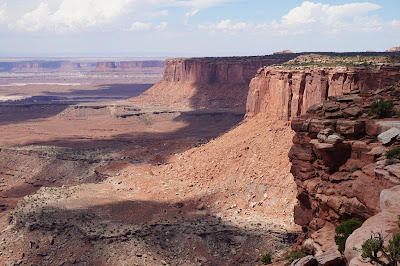 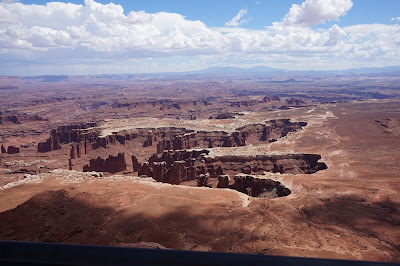 The river is cut so deeply into the landscape that it is not visible from here. It flows from left to right toward the Confluence. Before 1921, the portion of the Colorado River above the Green River was known as the "Grand River," hence the name "Grand View Point."

White Rim sandstone is a hard layer of white sandstone that forms a sharply defined rim above the lower level canyons. Made of ancient coastal sand dunes, the White Rim lies about 1,300 feet below this point.


La Sal Mountain Range are 35 miles from this location, near the Colorado border. The highest peak is Mt. Peale, elevation 12,721 feet.

Vertical fractures in the sandstone have caused the rocks to erode into steep-sided walls, columns, and pinnacles.

This spire of eroded sandstone stands 305 feet high, making it the tallest feature in Monument Basin. There are a few poles, but the Totem Pole is the single one at the bottom of the picture. 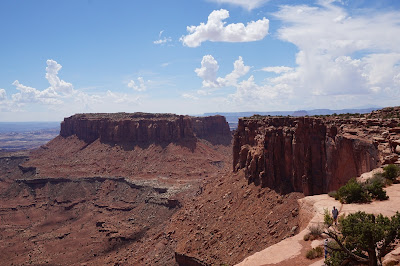 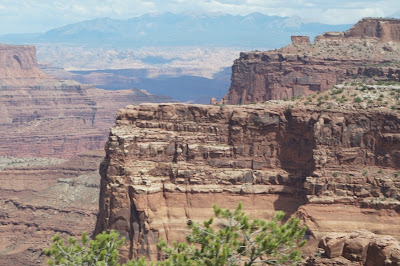 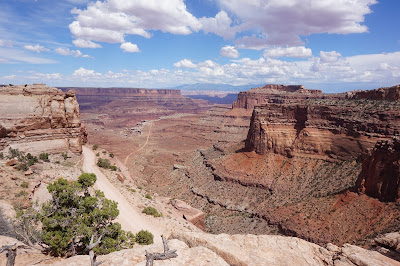 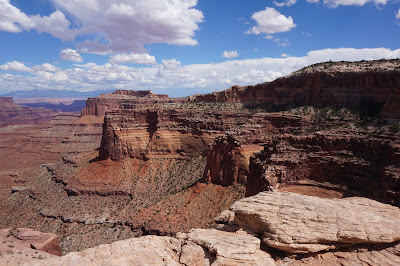 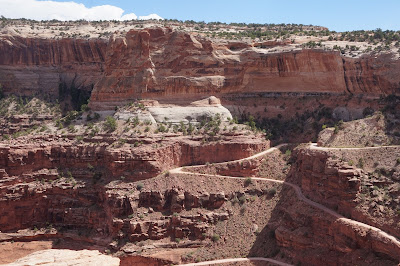 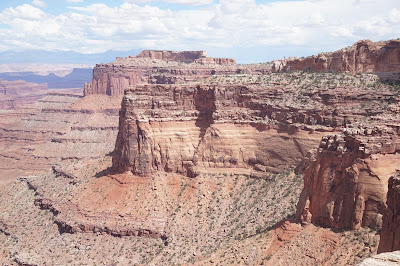 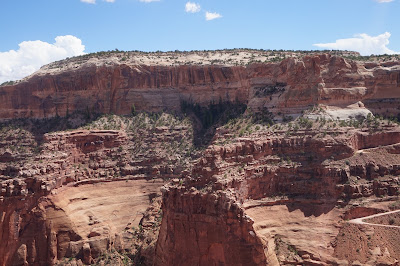 These dark, glossy streaks of manganese and iron form when airborne minerals become concentrated on the surface of desert rocks.

These tall Douglas Fir trees are remnants of a past climate that was much cooler and wetter. They can survive in this location because the cliff offers shade and a small spring at its base provides water. 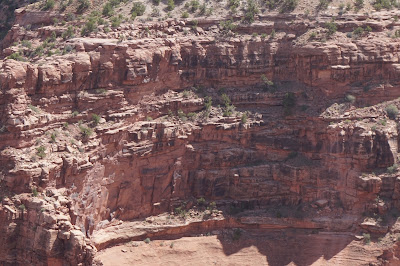 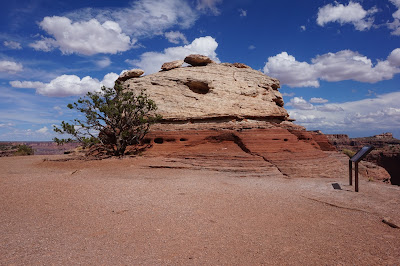 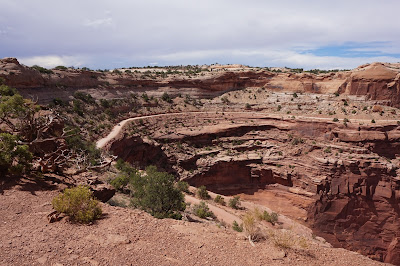 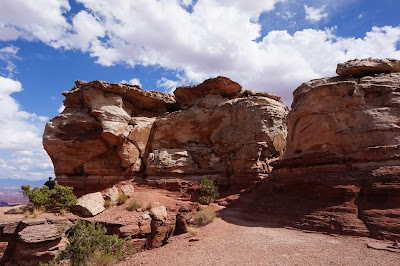 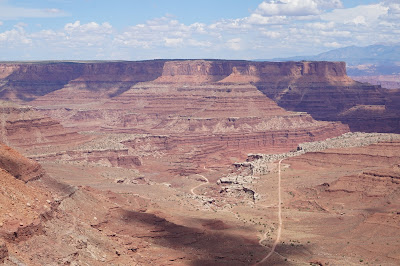 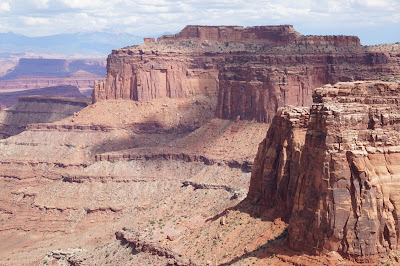 In May 1869, Major John Wesley Powell set out on a remarkable mission: to explore the uncharted canyons and waters of the Green and Colorado rivers. Powell, a geology professor and one-armed Civil War Veteran, began the journey with nine novice orsmen and four wooden boats. He ended the journey three months later with two boats, six men and detailed knowledge of a unique landscape that would capture national attention.

As they first entered the wilds of canyon country, Powell wondered in his journal, "What shall we find?" When Powell's party reached the Green River in July, he described a "strange, weird, grand region" of naked rock with "cathedral-shaped buttes, towering hundreds or thousands of feet, cliffs that cannot be scaled, and canyon walls that shrink the river into insignificance."

Powell's voyage opened a world of adventure and scientific discovery that continues today. Modern boaters float the rivers in the relative safety of rubber rafts, but they see a wild landscape that has changed little since 1869. 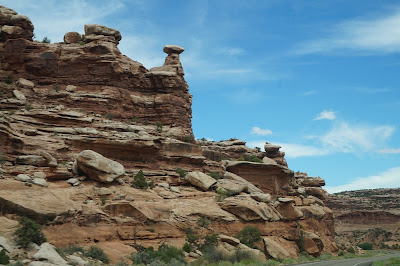 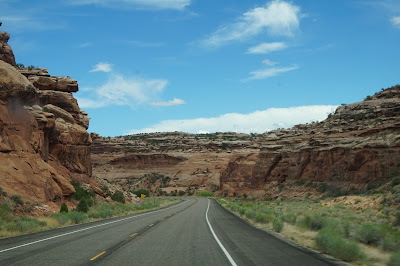 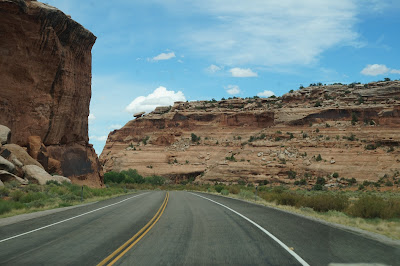 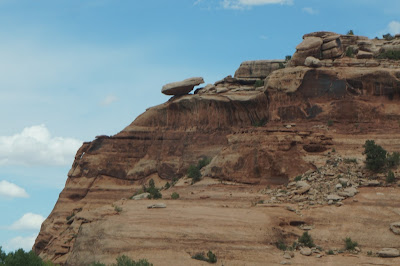 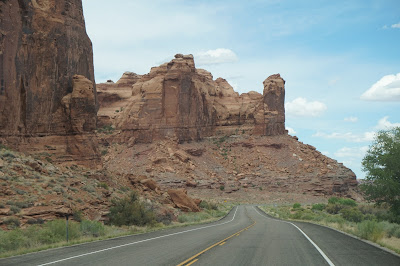 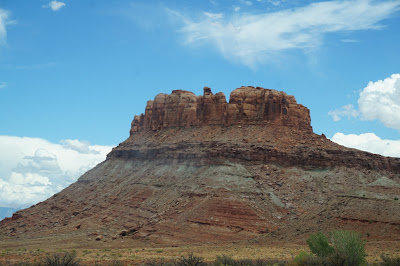