The second mesa we visited in Mesa Verde was discovered by the Wetherill family, and thus named after them. Of the five houses that one can see up close, there was only one that we decided to see. The others required tickets and a ranger led guide. The one house that we walked to see was Step House, as it was a self-guided tour. Step House had a reconstructed pithouse, petroglyphs, and a cliff dwelling. 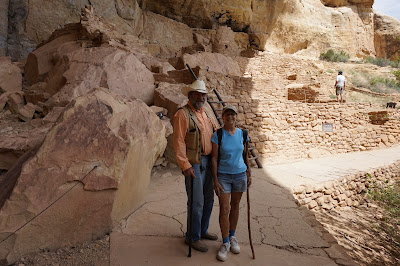 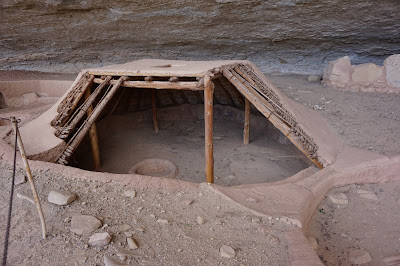 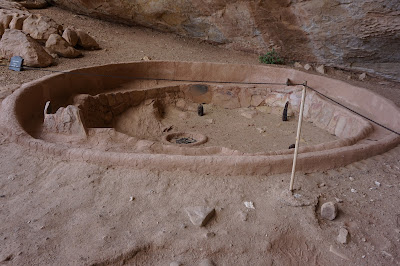 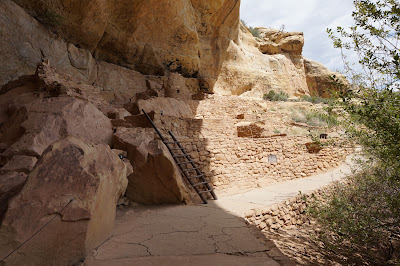 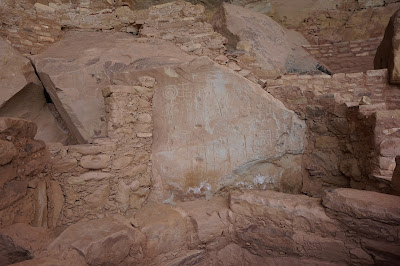 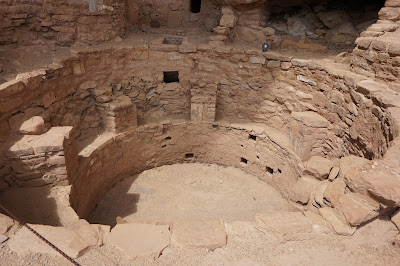 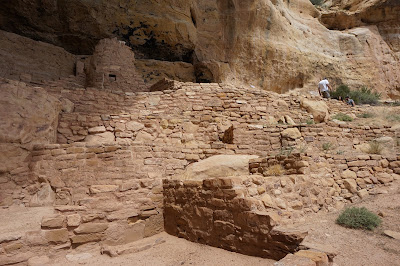 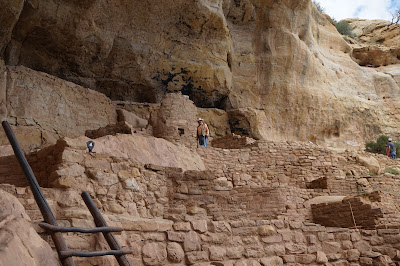 The Cliff Dwellers must have been agile climbers, for they often built rooms in small alcoves that were perched precariously high on the sheer-walled sandstone cliffs. The weathered hand and toe hold trails carved with stone tools, along with remnants of yucca fiber rope and wooden ladders attest to the skill and agility needed to reach these precarious perches.

After about 150 years of living in cliff dwellings, the Ancestral Puebloans moved onward, leaving behind a legacy of unanswered questions and speculation. There are many theories for this migration. We know that the last quarter of the AD 1200s was a time of drought and crop failures, but these people had survived earlier droughts. Perhaps after hundreds of years of intense use, the land and its resources were depleted. Could new developments along the Rio Grande area have drawn people from the Mesa Verde area? Did social, ceremonial or political problems encourage them to seek new opportunities elsewhere?

Regardless of the reason for their departure, the Ancestral Puebloans did not disappear. They moved south into New Mexico and Arizona and settled in villages, some of which thrive today. Modern Pueblo people consider the migration an important part of their history. They pass down ancient traditions and knowledge through each new generation, and their connection to Mesa Verde remains strong to this day.