Many years ago we vacationed in Stonewall, Colorado with the Mars Family.  We had a great time, rented a cabin in the mountain side and in the morning there were bear claw marks on the front door. We hiked up the mountain behind the cabin and then drove around Monument Lake and the Cuchara Pass.  Yesterday Jim & I decided to take a trip back in time and drove to Stonewall.  We did see the cabin we rented but the gate was up and we could not get into it.  We stopped at a small store just down the street and took some pictures of the area and of the lava dikes. 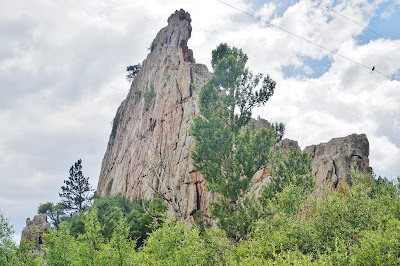 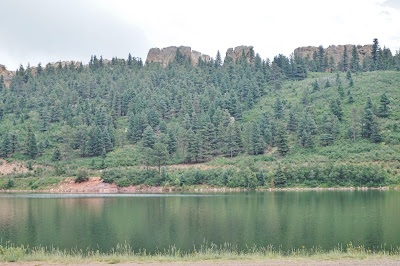 We stopped at Monument Lake Campground and found a geocache, so I was able to get my Colorado souvenir.

Stonewall is home to the legend of the lonesome water, a tale with uncertain origins. According to this story, when the first snowmelt ran off the Sangre de Cristos and flowed into the Stonewall Valley, it fell in love with the place and refused to go any further. Instead of continuing down the slope, the water dived into the ground and hid amongst the roots of wildflowers.

It is said this ancient water still bubbles up from time to time at secluded springs tucked amid the valley's rock walls; it's identifiable by its green tint and peppermint flavor. Anyone who sips the magical water becomes forever enchanted by the Stonewall Valley. 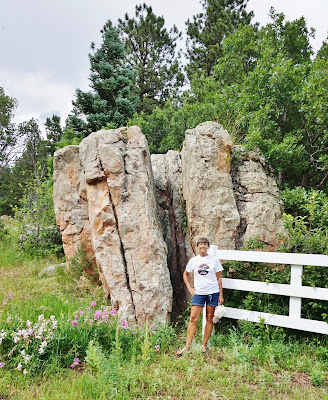 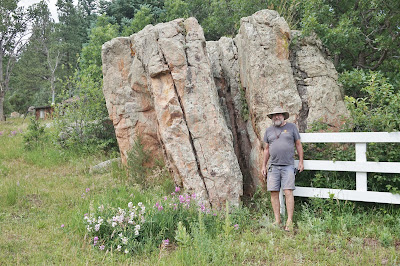 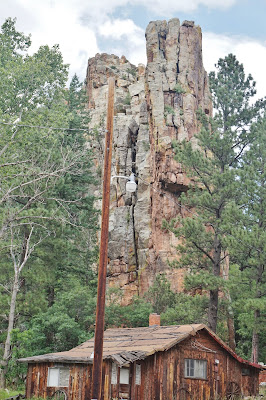 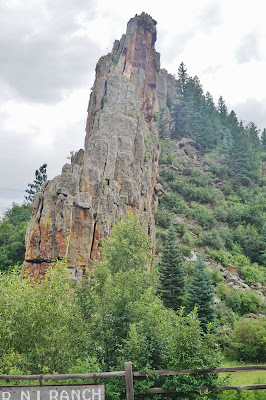 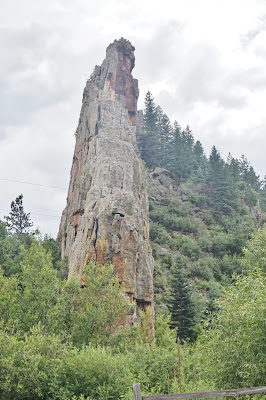 The rock face that looms over Stonewall formed 35 million years ago as magma from below the surface bubbled upward into underground crevices. Such formations are generally known as "dikes," but the ones here is a "sill" - it began as a horizontal slab, then got pushed upright by volcanic upheavals.
Violent upheaval marked Stonewall's early history. Ranchers and homesteaders began settling here in the 1870s, but in 1888 a court ruled that their acreage fell within the 1.7 million-acre Maxwell Land Grant, an old New Mexican parcel with uncertain boundaries. The settlers fought back when the grant's owners tried to evict them, One pioneer, Richard Russell, was killed in the conflict. Things eventually calmed down, and Stonewall became popular as a peaceful vacation retreat. It still takes a rugged character to live here year round. 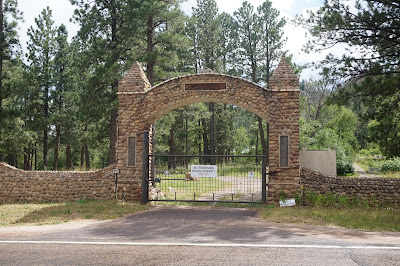