What a fascinating museum we went to called Tinkertown Museum.  It was started by Ross Ward in 1983 and over 40 years he carved, collected and constructed his museum. This museum was the inspiration for another quirky museum we visited in Abita Springs, Louisiana, the Abita Mystery House. 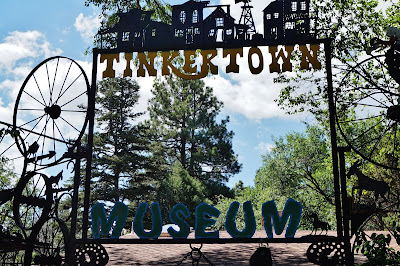 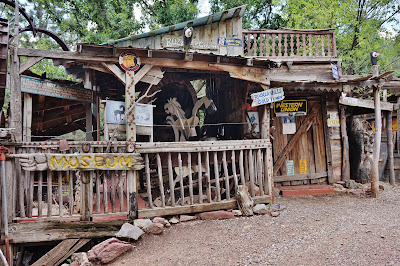 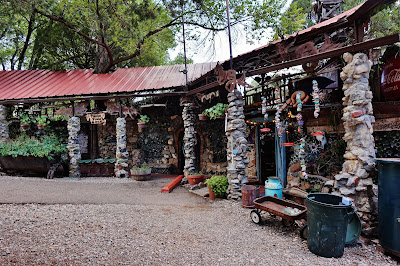 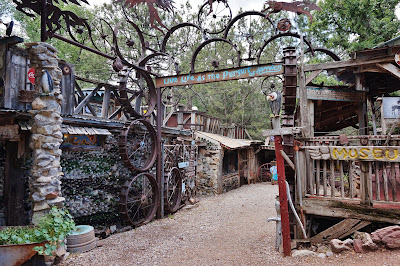 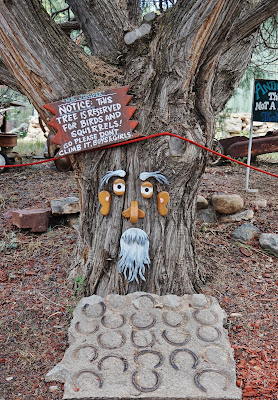 In 1840 there was no West, America stopped short at the Allegheny Mountains. By 1890 the cowboys, the pioneers, the Forty-Niners, the cattle rustlers and gun slingers had vanished ~~ they came and disappeared swiftly within 50 years . . . Via Con Dios

Today, over 50,000 glass bottles form rambling walls that surround a 22 room museum. Wagon wheels, old-fashioned store fronts and wacky western memorabilia make Tinkertown's exterior as much a museum as the wonders within.

Inside, the magic of animation takes over. The inhabitants of a raucous little western town animate to hilarious life.

He has miniature wood-carved figures that were first part of a traveling exhibit, driven to county fairs and carnivals in the 1960's and 70's.  As a boy growing up in the Midwest, Ross was captivated by the tiny villages, farms and circuses created by "spare time carvers." His own miniature world began with circus figures, carved while in junior high school ~~ now on display at the museum. He began carving the first figures fore the turn-of-the-century general store in 1962. 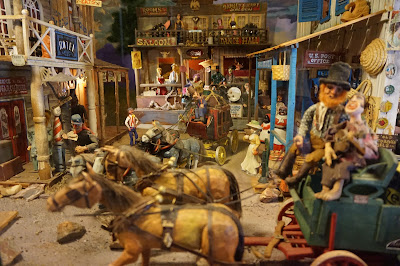 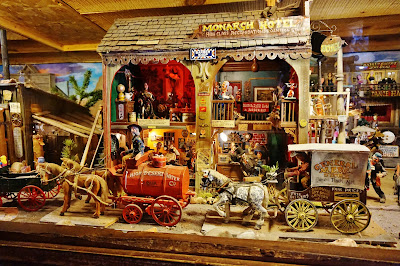 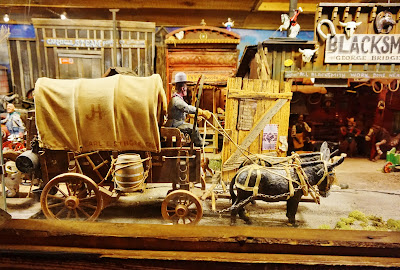 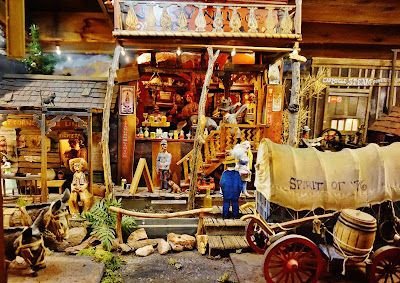 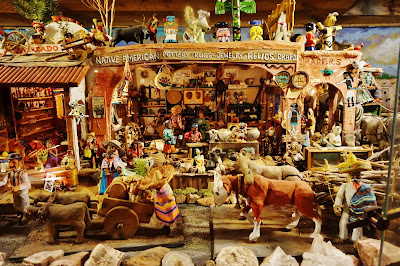 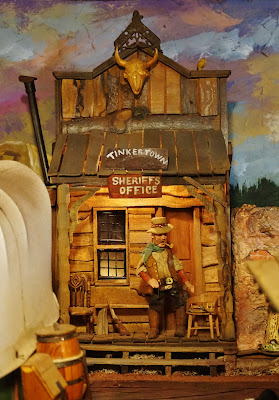 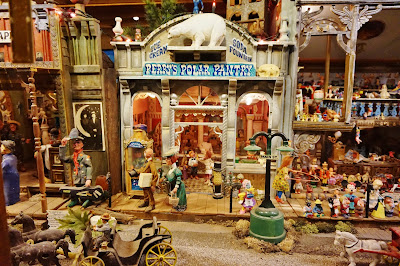 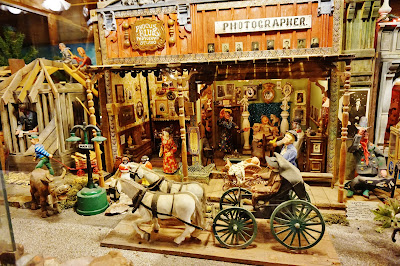 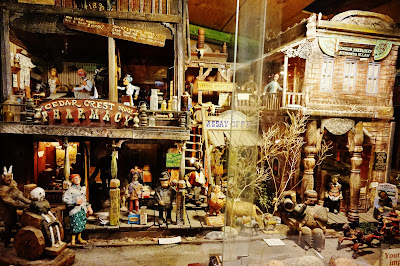 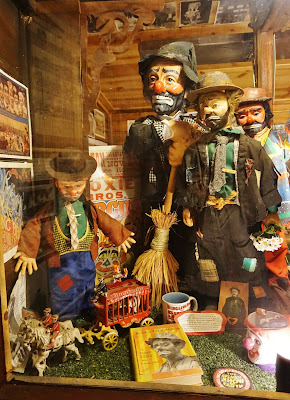 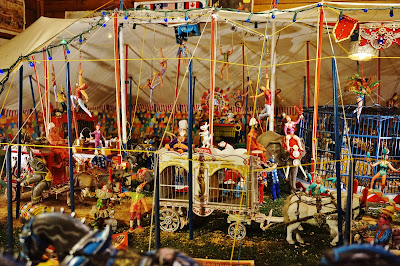 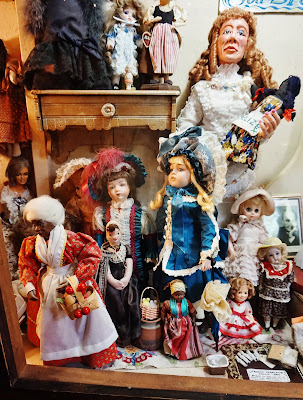 Far more than an impressive collection of miniatures and memorabilia of all kinds, Tinkertown is a testimony to following one's dreams. With Ross's untimely death in 2002 at age 62 from early-onset Alzheimer's Disease, his wife, Carla continues to share their museum/imaginarium with visitors from around the world. 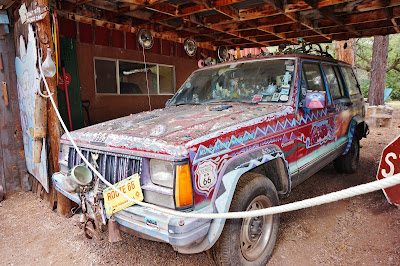 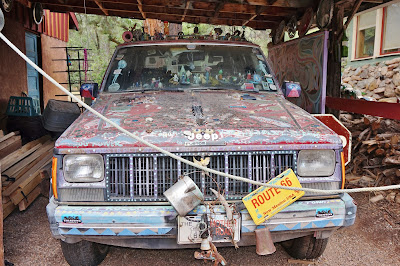 This Art Car was created out of one part inspiration and one part necessity. The necessity came as Ross Ward's Alzheimers Symptoms made it unsafe for him to drive. The inspiration came partly from Carla Ward, who suggested to Ross that he start a new project using the car. Ross's creativity kicked in and before long he could not think of driving the car because it was too successful as an art project. The car was completed during 1997-1999.  Ross used to say "I'm trying to turn this Jeep in a Lincoln." 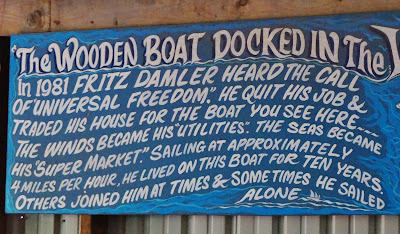 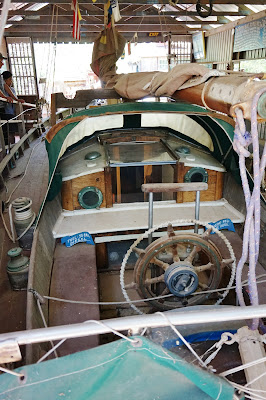 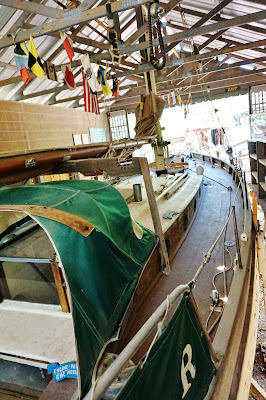 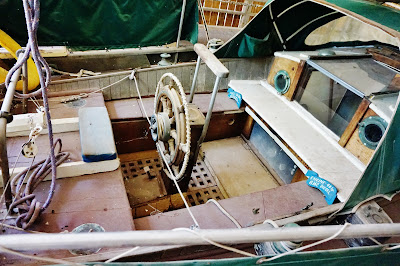 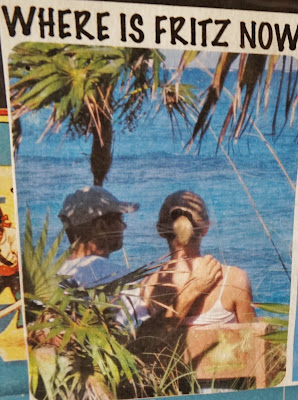 The Theodora R. - the Wooden Boat Docked in the Woods. In 1981 Fritz Damler quit his job and traded his house for this boat. He lived on the Theodora R. for 10 years. Others joined with him at times and sometimes he sailed alone. He came to know the variety of people on the earth and to truly know himself. The Theodora R. was built in England in 1936. The display is dedicated to Fritz Damler's quest.

In 1995, Fritz settled his boat here at Tinkertown. Today Fritz Damler lives with his wife on Crooked Island, Bahamas. They live, write, play music, fish, and watch the sun rise and set on the Atlantic Ocean. 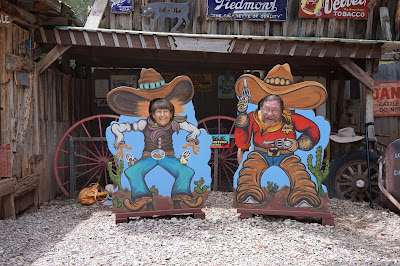 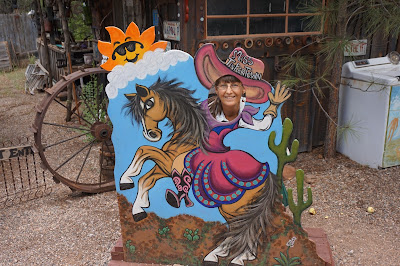 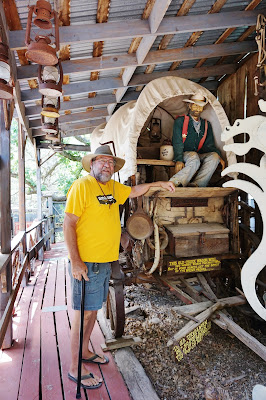 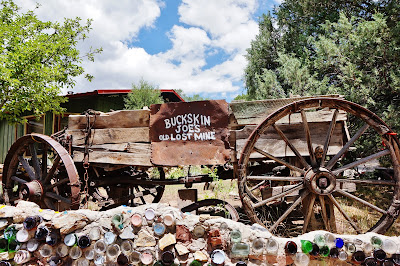 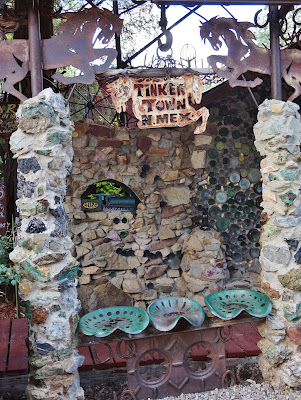