Part of the Santa Fe Trail runs through the NRA Whittington Center.  There is a plaque and a statute of "The Scout."  Charlton Heston posed as The Scout, providing everlasting vigilance over the Santa Fe Trail and sacrifices made along the way.  The historic Santa Fe Trail linked routes originally followed by American Indians and Frontiersman, developing into the most important trade conduit in the United States, the trail played a critical role in the westward expansion of the United States as well as trade relations with Mexico. 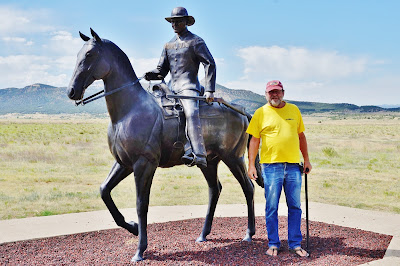 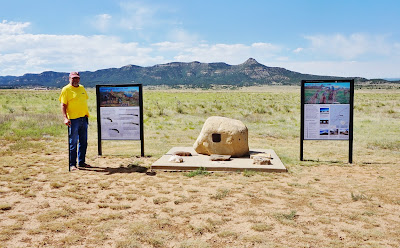 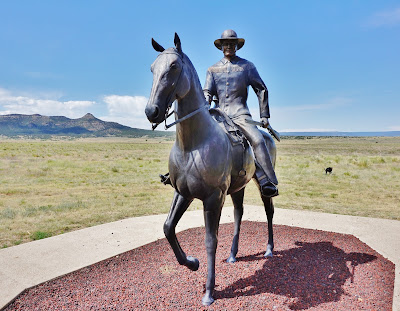 In 1821, six traders from Franklin, Missouri, led by William Becknell, traveled through Kansas, and arrived with their merchandise in Santa Fe, New Mexico. Mexico had just won its independence from Spain, and New Mexico was now part of the newly formed Mexican republic. Unlike the old Spanish government, New Mexicans welcomed the traders, and quickly purchased all their goods with silver coins. The traders hurried back to Missouri with the news, and soon other traders and their wagons, followed along the route of what became known as the Santa Fe Trail. 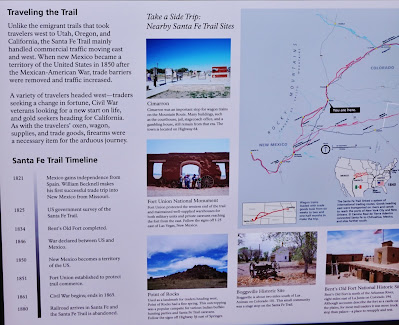 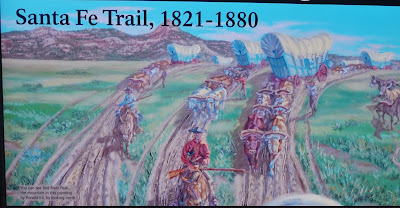 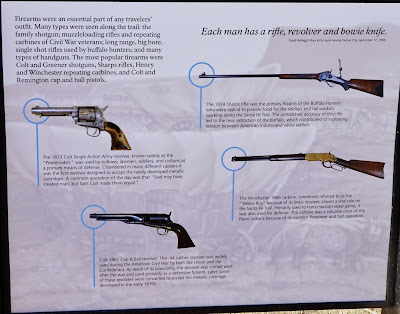 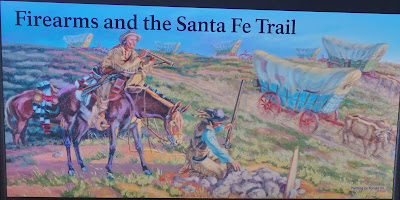 The Santa Fe Trail became one of America's first international superhighways of trade. Extending over 800 miles in length there were very few towns along the route. Eventually, small settlements and military forts began to appear along the route. For the first 21 years, the Trail connected the U.S. frontier with important Mexican markets. Groups of wagons drawn by mules or oxen, were loaded with merchandise owned by Americans and Hispanic New Mexicans. Caravans traveled between Missouri and Santa Fe, primarily in the spring through early fall when food for livestock was more plentiful. Wagons from the U.S. brought items like cloth, iron tools, sewing notions, cooking utensils, clothing and shoes to New Mexico. New Mexicans sent wool, sturdy mules, and silver bars and coins back along the Trail to the U.S.

After 1848, New Mexico became part of the United States, but the trade continued until railroads began building across the West.  By 1880 there was a railroad across the plans to Santa Fe that provided much faster transportation.

Today there are still parts of the old Santa Fe Trail nearby that you can visit, and making a trip to see them can be a great adventure, such as a visit to the NRA Whittington Center where part of the trail runs. 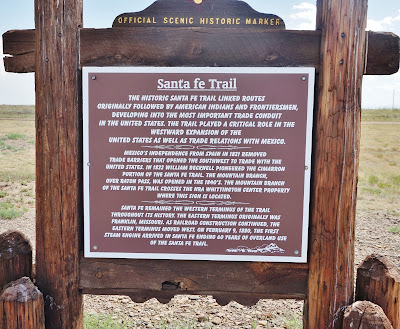