We left North Shore RV Resort a day early so we could go to Andersonville and visit Jim's Dad's grave.  Andersonville National Cemetery serves as a final resting place for over 20,000 Americans.  A computer in the lobby of the National Prisoner of War Museum provides information about the location of grave sites, including Union prisoner graves, other Civil War soldiers interred after the war, and modern-day interments. 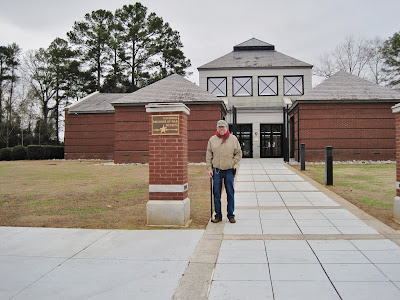 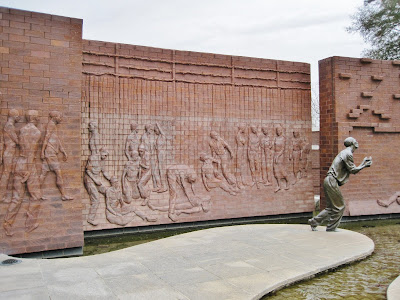 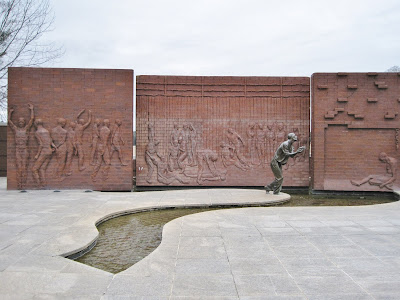 The Camp Sumter military prison at Andersonville was one of the largest Confederate military prisons during the Civil War. During the 14 months the prison existed, more than 45,000 Union soldiers were confined here. Of these, almost 13,000 died here. Today, Andersonville National Historic Site is a memorial to all American prisoners of war throughout the nation's history. 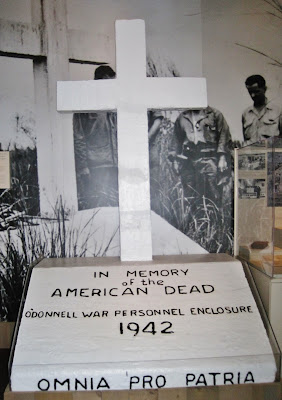 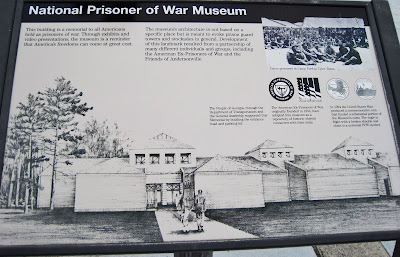 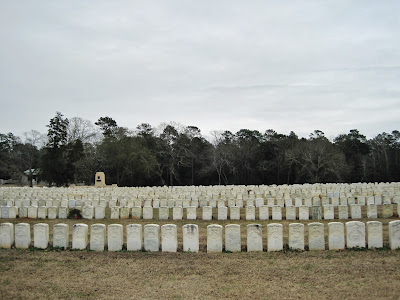 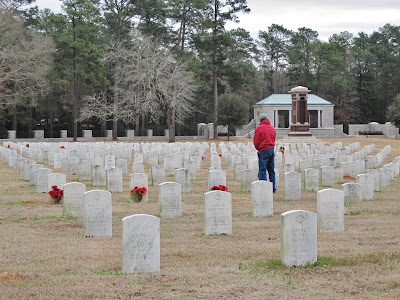 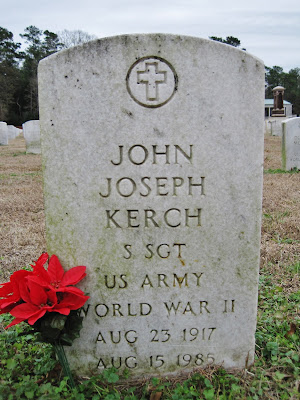 The Andersonville National Cemetery was created in 1865, though soldiers who died at the prison had been buried at the site since 1864. Graves were only marked with numbered posts, but a young prisoner who worked at the prison hospital, Dorence Atwater, kept a list of the dead that matched grave numbers with names. He made one copy for the Confederates and one copy that was to go to the Union after the war. Fearing that the Union copy would never be delivered, he created a third, secret copy for himself. After the war, he and Clara Barton teamed up and were able to identify 95 percent of the men buried at Andersonville. Since then, soldiers from all wars have been buried at the cemetery, and burials continue to this day. Of the fourteen National Cemeteries under the management of the National Park Service, only Andersonville and Andrew Johnson National Cemetery in Greeneville, Tennessee, are still active.

Being a military cemetery, the tombstones are uniform and plain, unlike civilian tombstones that can be ornate sculptures limited in scope only by the bank accounts of the living family members.