Fred Wise owns and runs the Crooked Creek Civil War Museum and took us on a personal tour. He bought the property about 30 years ago and built the museum when he discovered that some of the civil war was fought on his land. He found artifacts and discovered that many soldiers were buried there as well. He and his wife and son spent many years going to antique stores and the like to fill up his museum. He has many authentic Civil War memorabilia - it's quite something. 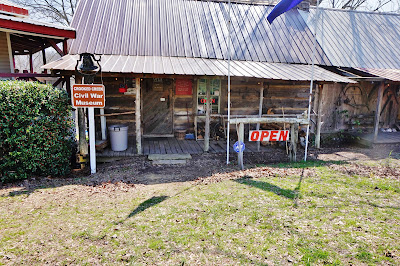 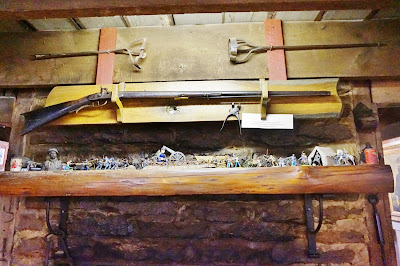 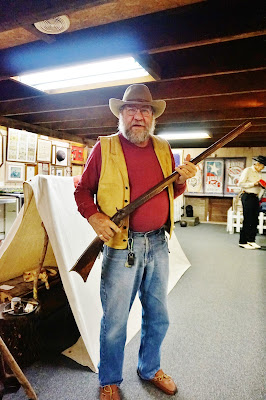 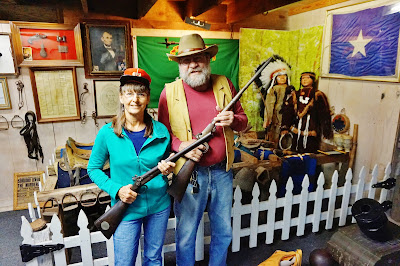 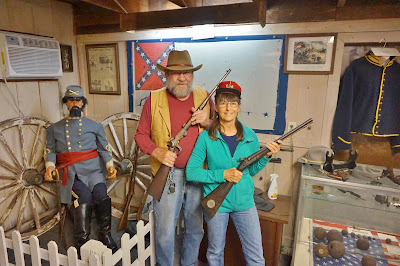 One of the interesting things we learned about the civil war saddles was about the hole in the front beneath the pummel. Since the men spent so much time in the saddle, when they had to pee, they just pulled it out, stuck it through the hole and peed on their horses.  They also went through a lot of pants as they cut a hole in the front to pee through. Truth or myth? 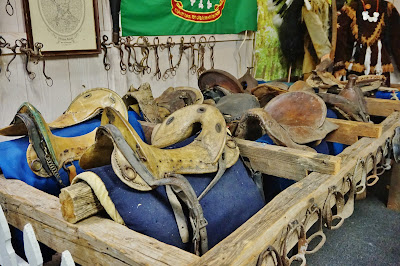 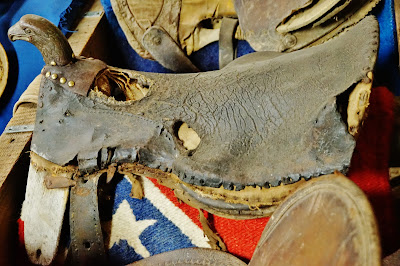 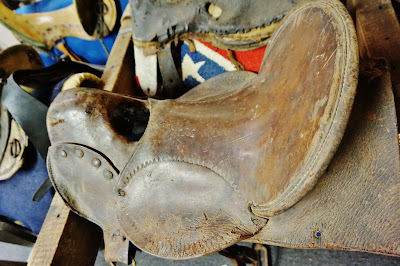 Over 150 years ago, as the spring 1863 campaigns of the Civil War began, Union Colonel Abel Streight made it his mission to lead a raid cutting a swatch through the southeast, in order to cut off the Western and Atlantic Railroad supplying General Braxton Bragg's Confederate army in Middle Tennessee. That raid, punctuated by skirmishes with Confederate forces led by General Nathan Bedford Forrest, would its way through Cullman County as Forrest's men followed Streight's brigade southeast, and finally forced their surrender near Cedar Bluff in Cherokee County. 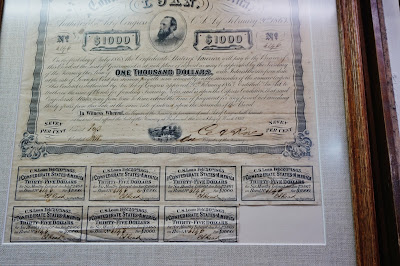 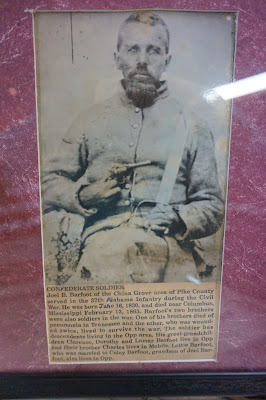 This Confederate Soldier is actually dead - the person who took the picture set it up like he was still alive, but it was done for the dead guy's family.

Another strange phenomena on this property are ghosts. This area is rumored to be the hotspot of paranormal activity, with several guests reporting ghost sightings, and it is featured in the book Haunted Alabama Battlefields, compiled by the Alabama Paranormal Association.  Look closely at the below photos and you will see actual pictures of ghosts. 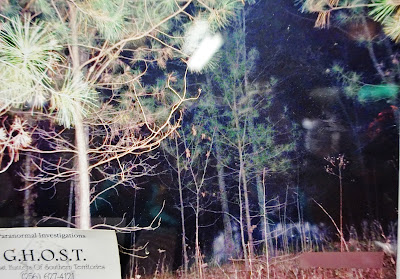 The ghosts in this picture are close to the ground - men walking away. 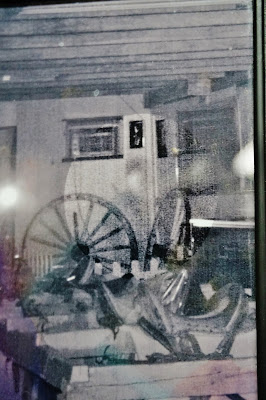 This picture shows a soldier just to the upper right of the big wheel. 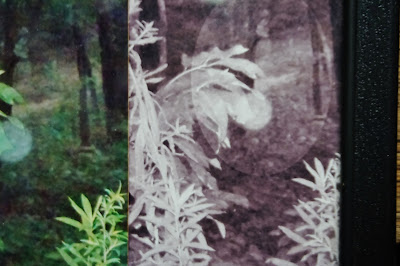 The ghost in this picture is of a lady walking - she's in the middle of the circle.

Crooked Creek also hosts a Bed & Breakfast, although you need to bring your own food.  The cabin is quaint and well laid out. The cabin has also hosted many weddings over the years. If you are interested in spending time here, please give Fred a call at 256-739-2741. 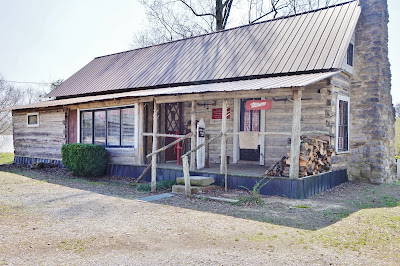 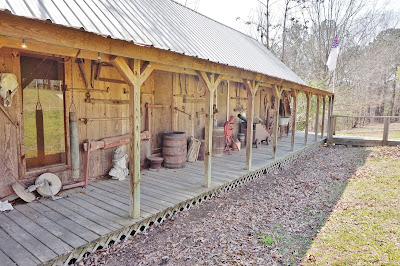 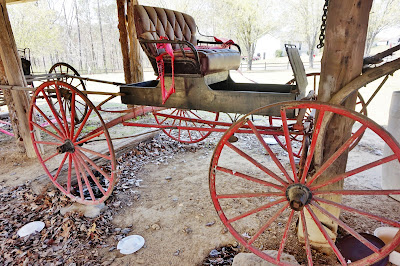 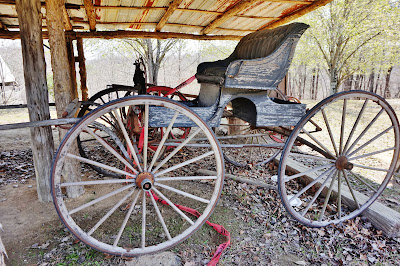