Built in 1875 the Old Jail was a place where a debt to society was served. Both accused and convicted individuals would make their home here until the jail was turned into a museum in 1968. The sheriff's quarters were housed in the front of the building, while the inmates were located in the back section. The museum is listed on the National Register of Historic Places, and is owned and operated by volunteers of the Noble County Historical Society. The museum features displays of military history, school and local sports memorabilia, children's toys, period furniture, farm implements, medical items and clothing. The kitchen is equipped with appliances and utensils used while the jail was being used. 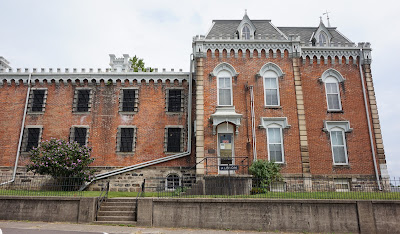 The museum is only open on Saturday afternoon as it is manned by volunteers and that is when they work. We got there right when it opened at 1:30 pm and were able to take the first tour. The woman who took us around has lived in the area her entire life and knew a lot about the jail. 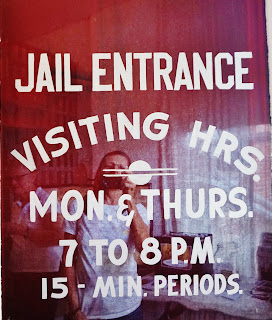 Check out how thick the window walls are with two sets of bars. The hallway from the entrance along the cells to the lunch room. 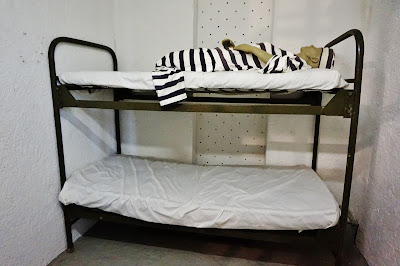 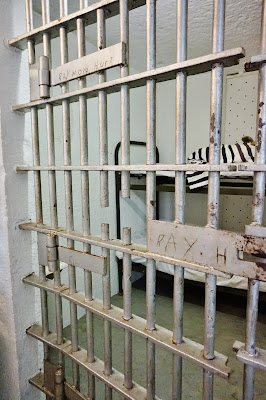 The rooms in the jail are now filled with memorabilia of the town and its history. 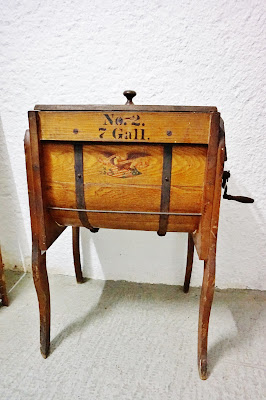 These are farming tools and tools used for butchering hogs.


This company made custom built ice boxes, and very elaborate ones to boot. They made ice boxes for the home and small business. 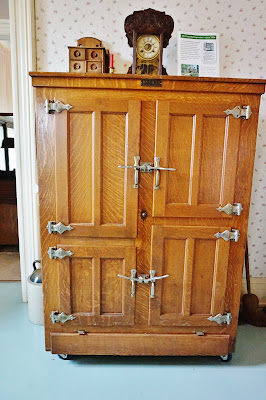 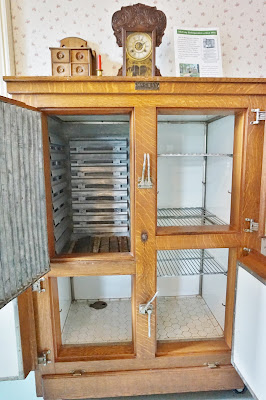 An original McCray ice box is in the kitchen at the jail. It was actually used during the days when the jail was in use and the sheriff's wife did the cooking for the cellmates.

The Noble County Historical Society received this artifact from the Horsewood family who wanted it to be located where "it would receive the proper respect and interest" it deserved. The smooth piece of slate was discovered in 1860 by Horsewood's great-grandfather on his farm just north of Indian Village in Sparta Township. It contains a message scratched on it more than 250 years ago by a (probably) white captive being taken west by Native Indians.

As best as can be surmised, the inscription reads: "Taken prisoner by Indians in 1760. I am here all alone by the Delaware Tribe and taken west to the big waters. Here is a white man. He was taken captive 5 years before me. His name is Allen and that is mine. He was treated hard. E. Allen J. Allen."

The location where the stone was found was the site of a large Indian encampment in the mid-18th century and it is very likely that a prisoner being taken westward by the Indians would have stopped at this spot during the journey. Horsewood decided it was time to hand the relic over to the society for safe-keeping.

The remains of a large mastodon were found on a farm in Sparta Township in 1931. They were unearthed and moved to the Museum of Science in Buffalo, New York.

Installed in the Fort Wayne Post Office in November 1911, this stamp dispensing, change-making machine was the first of its kind. Invented by Charles Simon out of black walnut, the Fort Wayne Post Office had been searching for a stamp machine and looked at 35 other machines before picking this one. The stamp machine could dispense 3,600 "stickers" (as stamps were called during this time period) in 10 hours, or make a sale every 10 seconds, counting and making change. It could also detect a counterfeit coin, dropping it to the bottom of the machine, refusing to produce a stamp. 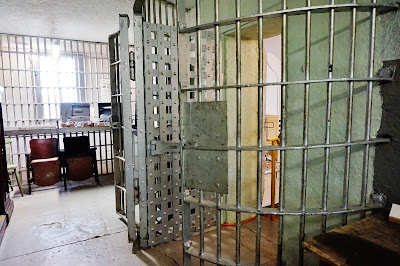 Round bars where the jailers sectioned themselves off from the cellmates while they ate their meals, but were still able to keep an eye on them.

The first village in Noble County was at Wolf Lake in 1832 on the trail from Fort Wayne to Goshen. When Noble County was organized in northeastern Indiana in 1836, its population was approximately 2,000 men, women and children. After the official United States census of 1850, that figure rose to 7,984. Preliminary count for the 2000 census put the number at 46,275. Noble County covers 420 square miles and is one county south of Michigan and one county west of Ohio. Eleven of its townships are six miles square in size, Washington is four and Albion two. The county is named for James Noble, a Virginia native who moved to Brookville, Indiana in 1811.

At the time Indiana became a state in 1816, he was elected United States senator by the state legislature and died while in that office on February 26, 1831, in Washington, D. C. Miami and Pottawatomie Indians were the county's earliest known inhabitants. Most of them were forcibly removed from the area in 1838 and relocated to reservations west of the Mississippi River. Many of the county's earliest white settlers in (1830-1840) came to Perry's Prairie near Ligonier. This area was free of thick forest. The rich soil was ideal for farming. It remains a rich farming area today. 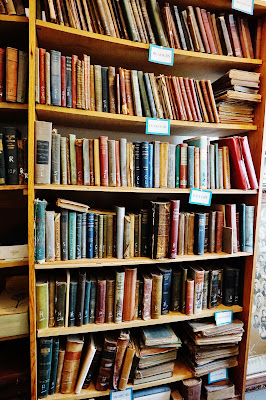 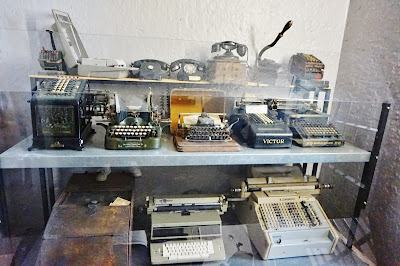 Noble County jail prisoners were served their meals via this large food tray. Plates of prepared food were placed here by the jail matron ~ usually the sheriff's wife ~ and pushed through to the other side to the waiting inmates. 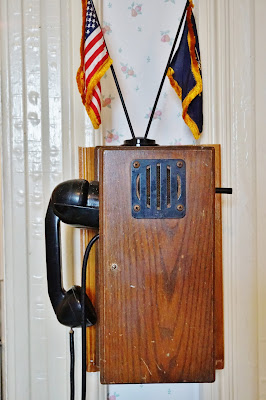 Made of heavy, black corded silk, lined throughout with Basque-type waist. These shoes look so thin ~ how did women's feet fit into these things? My feet would be squished if I put them on. I just cannot imagine wearing them. 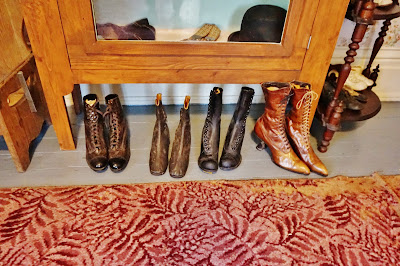