I love finding these out of the way places to visit. The Kazoo Museum is the only factory in the United States that makes plastic kazoos. They have a small museum, a video about the origin of kazoos done in a most creative way using kazoo people narrating the story, and a host who took us on the tour, told us about the factory and then told us all different types of kazoos along with a demonstration of each of the kazoos.

At the end of our tour we were able to make our own kazoos, which we were able to keep. We also had to buy some kazoos for our grandchildren. It was a fun visit, and I would recommend it wholeheartedly. 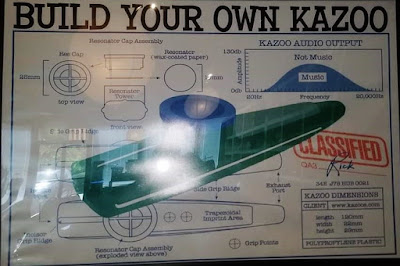 There are only about four people who work here at Kazoobie Kazoos. They make about 5,000 per day and ship them all over the world. All these dots signify the places they ship their kazoos. 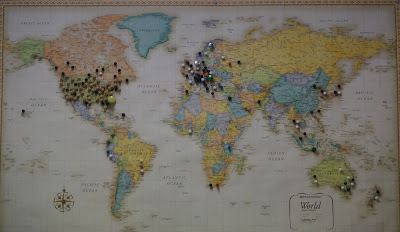 Companies buy kazoos and put their logos on them, much like some use pencils or pens. The story of kazoos started in the 1840s at the legendary birthplace of the kazoo-clockmaker Thaddeus Von Clegg's workshop in Macon, Georgia. The instrument he made changed the face of music, entertained millions, inspired a nation, and without it this museum and factory would never have been built.

Early kazoos were made of wood or tin but today you can find kazoos made of many different types of materials. From bamboo kazoos to plastic kazoos to 24 caret gold kazoos.

Companies have used kazoos to sell their brand and products for nearly a century. From Poll Parrot Shoes kazoos in the early 1900s to more recent McDonalds "Humburgers." 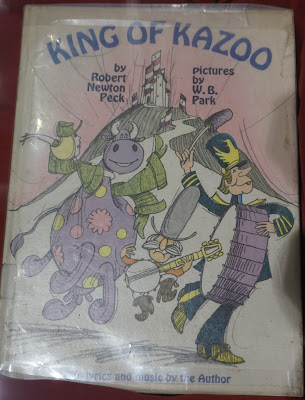 Released in 2009 after years of development the Kazoobie Electric Kazoo utilizes a specially designed Hummbucker Kazoo Pickup that captures the resonator's vibrations and can be plugged into an amp or even into effects pedals to create a host of unique sounds.

Released in 1982 in Italy, Joce & The Kazoo Band's first (and perhaps only) album had a disco feel and a healthy dose of kazoos.

Now hailed as King of Kazoos, Rick Hubbard received this kazoo when he was 11 years old. Hubbard performs hundreds of kazoo concerts every year and founded Kazoobie Kazoos in the late 1990s.


Manufactured in Italy, this kazoo was marketed to the professional kazooist. Equipped with three exchangeable turrets the performer can modify the sound of the instrument to further hone their performance. 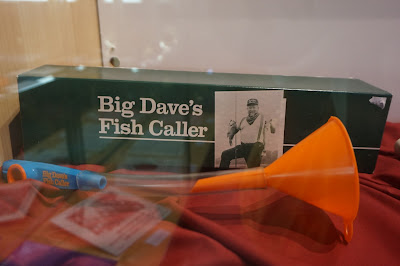 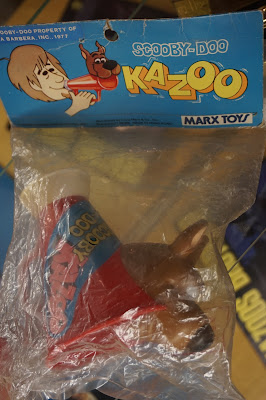 These Marx kazoos from the 1970s are in the form of popular cartoon characters Mickey Mouse and Scooby Doo.


Originally written for Rockabilly singer Johnny Burnette in 1960, this song became a hit single when Ringo Starr covered it in 1973. Starr invited former bandmate Paul McCartney to record a memorable kazoo solo for the end of the song.


Popular in British marching bands this cousin of the kazoo incorporates the resonator inside the mouthpiece. Manufactured in the late 1800s or early 1900s this Zobo is embossed with the instructions: Don't Blow - Simply Hum into the Mouthpiece.

This card from the early 1900s features a young girl playing a musical cousin of the kazoo -- a comb with a piece of wax paper folded over. With a similar buzzy sound, the comb/paper combination was a precursor to the modern day kazoo and a common addition to early jug bands.