Garden of the Gods red rock formations were created during a geological upheaval along a natural fault line millions of years ago. Archaeological evidence shows that prehistoric people visited Garden of the Gods about 1330 BC. At about 250 BC, Native American people camped in the park; they are believed to have been attracted to wildlife and plant life in the area and used overhangs created by the rocks for shelter. Many native peoples have reported a connection to Garden of the Gods, including Apache, Cheyenne, Comanche, Kiowa, Lakota, Pawnee, Shoshone, and Ute people.

The Garden of the Gods is considered a Colorado crossroads. The Ute dominated the Central Rocky Mountains and Front Range. As white settlers displaced other American Indian tribes from the east, they moved westward, sometimes clashing with the Ute. The conflict often caused other groups to migrate south, away from the Ute hunting grounds. The Apache, Kiowa, and Comanche eventually settled in New Mexico, Arizona and Texas. The Cheyenne and Arapaho followed in the 1800s, moving along the prairies of the Front Range, sometimes mounting hunting expeditions in the mountain areas west of Pikes Peak. The Lakota Sioux sent out far-reaching hunting and scouting expeditions and were also known to have ventured into parts of Colorado.

The first Coloradans were prehistoric people who lived in Colorado as early as 12,000 to 15,000 years ago. Hunters on Colorado's eastern plains killed mammoths during the last ice age. These ancient inhabitants may have visited the red rocks in the Garden of the Gods area -- and perhaps lived there.

Animals of the area, which we did not see any of, are stuffed and on exhibit in the Visitor Center. 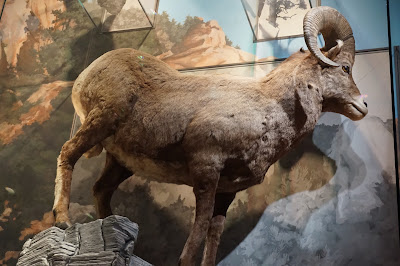 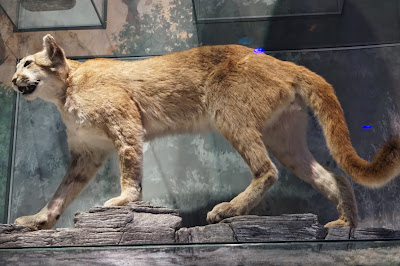 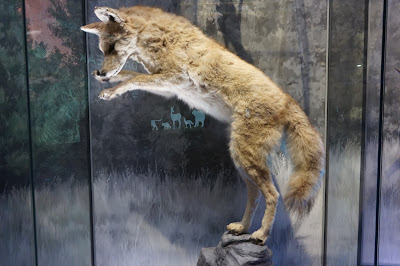 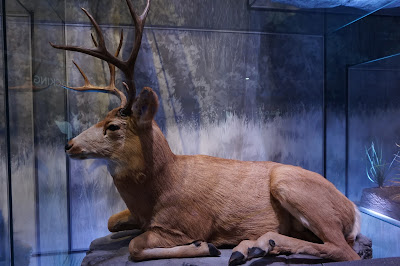 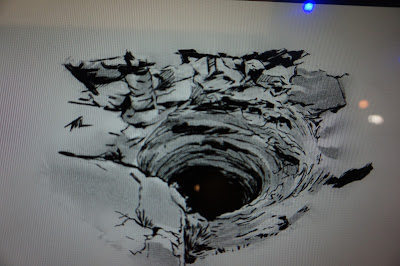 In 1989 a body was discovered in a cave high in the mountains of western Colorado. Archaeologists determined that this man lived in these mountains 8,000 years ago and may be an ancestor of the Ute.

Archaeologists have discovered that people living among the red rocks used "hearths," or campfires, for warmth and cooking 3,380 years ago. It is likely that people camped here long before that time. The Ute people refer to their ancestors as the People of the Red Rocks. They declare that they were always here, living at the edge of the Great Plains and in the mountains of Colorado, Utah and New Mexico. The oral tradition of the Ute does not refer to a migration story about where they came from. Could the modern-day Ute have been the first people to consider these sheltered canyons and towering rock formations their home?


Around 300 million years ago, the Ancestral Rockies once stood here. Over time, the forces of wind and water eroded the magnificent peaks into swift streams full of sediments. These sediments were eventually pressed and cemented into solid rock. The new rocks took the form of sands full of iron oxide creating red sandstone rock; muds forming softer, more delicate shales; and a mixture of sand and pebbles called conglomerate.

Balanced Rock was exposed more than 60 million years ago when the existing Rocky Mountains rose. To make its current shape, the soft, bottom layer of shale eroded much faster than the harder sandstone and conglomerate above. Amazingly, the narrow pedestal supporting Balanced Rock has held the 700-ton weight for thousands of years.

The Ute called Pikes Peak "Sun Mountain" and made ascents long before attempts by U.S. explorers. The peak is named for Lt. Zebulon Montgomery Pike, who attempted - but failed - to climb the mountain in 1806. Pikes Peak gained fame as a landmark in the 1800s, when thousands of pioneers cross North America's Great Plains to explore the West to find gold or begin a new life. 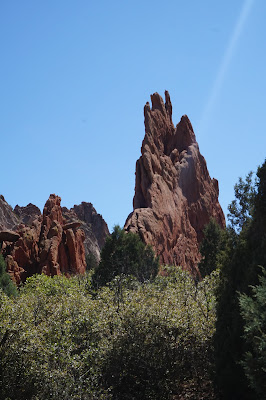 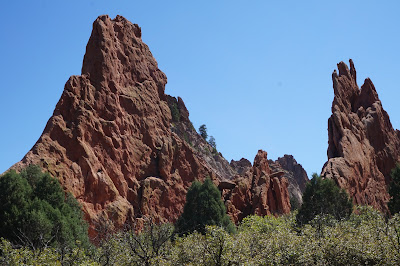 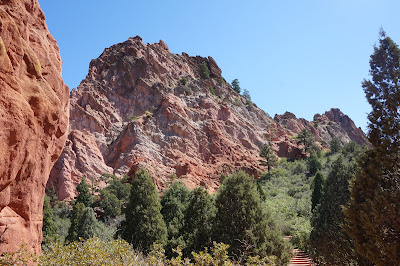 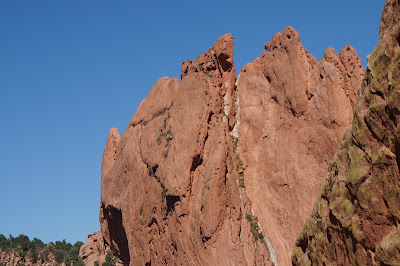 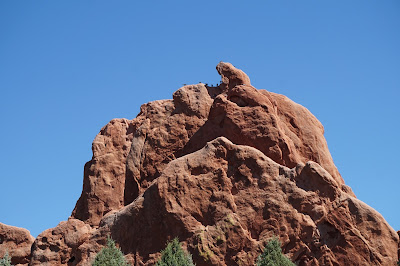 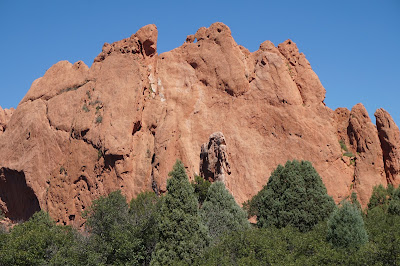 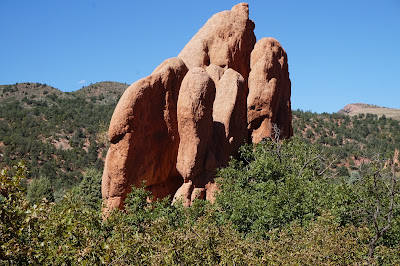 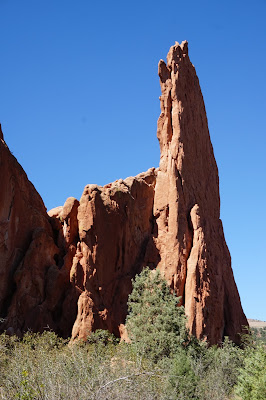 The oldest rocks in the Garden of Gods are about 300 million years old. Although this is certainly ancient, the earth is estimated to be 4.6 billion years old. Thus, the rocks of Garden of the Gods represent only the last 7% of the planet's long history. The Garden of the Gods' story is remarkable because of the great span of the earth's history represented in its rocks. Over a distance of about a mile, you can see hundreds of millions of years of geology exposed. 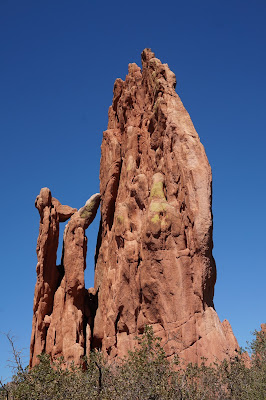 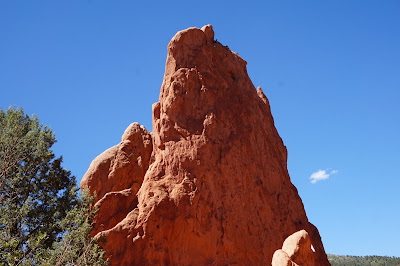 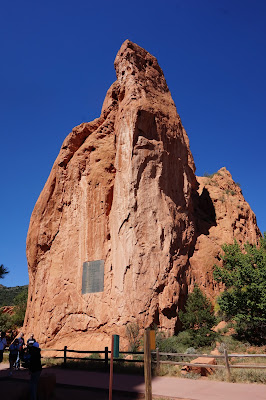 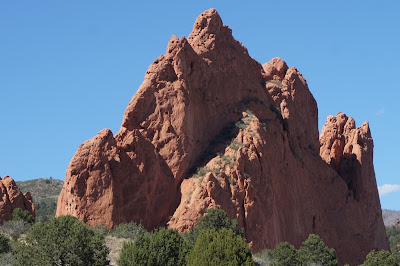 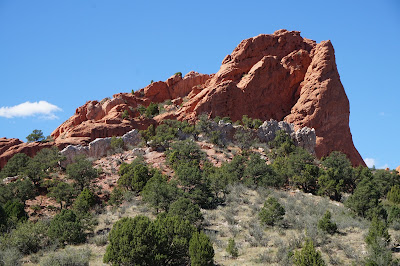 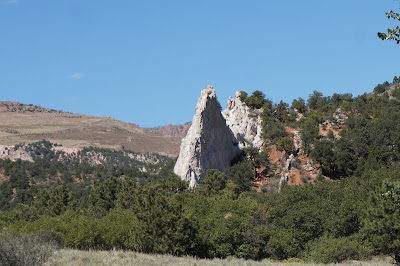 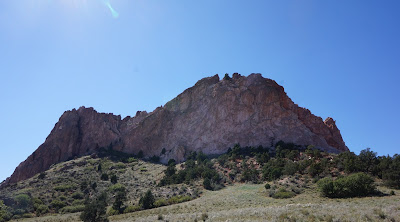