Enjoyed a drive on March 20, the first day of spring, on the Foothills Parkway starting just outside of Townsend, driving south to Route 129. Found a place where we will want to take a short hike on Look Rock Tower Trail. The tower provides a 360 degree panoramic view of the Smokies. West is the Tennessee River Valley toward the Cumberland Mountains. The Look Rock tower is used by scientists to study air quality. While it is not directly in the park, I have included pictures of the area as it's all part of the Smoky Mountains. 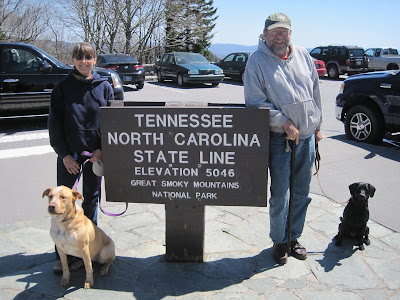 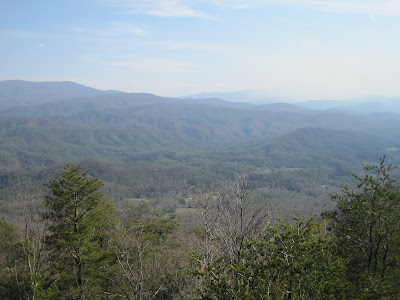 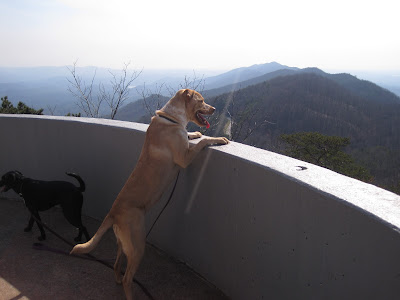 Next day we took a drive into the Park, driving along Little River Road on the northern end of the Park from Townsend to Sugarlands Visitor Center, just south of Gatlinburg. Wanted to go down Newfound Gap Road, but as it is still early in the season, the road was closed at Clingman's Dome, but also closed south of that due to a mud slide, so the road won't be open to the public until mid-May. We were thinking of heading to Tail of the Dragon going from east to west, but that did not happen. We then drove into Gatlinburg to see what is all the hype about it, and saw all the touristy stuff, and turned around and drove straight back into the park and went home.

Smoky Mountains National Park - beautiful picnic area along one of the rivers coming out of the mountains. Stopped here on our way up Newfound Gap Road to Clingman's Dome. 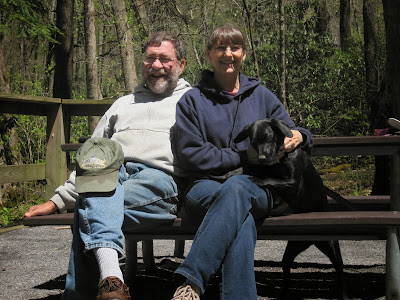 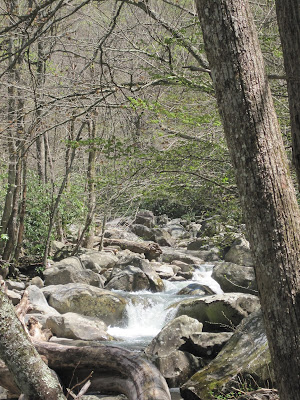 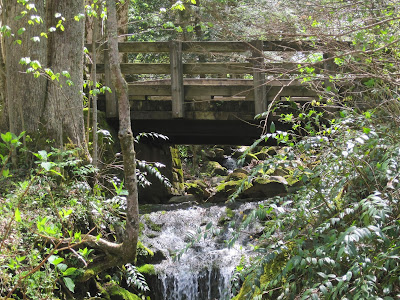 This gap is called "newfound" because it wasn't used as a passage through the mountains until U.S. 441 was built in the 1930s. Before that, a wagon road went through Indian Gap, about 2 miles west of here. That road was a steep, difficult trek used mostly for trade in livestock and farm products. 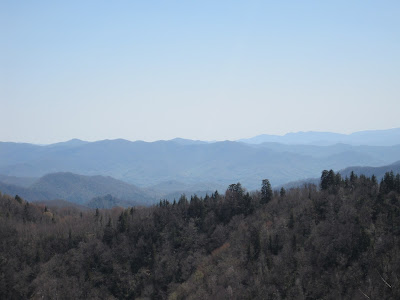 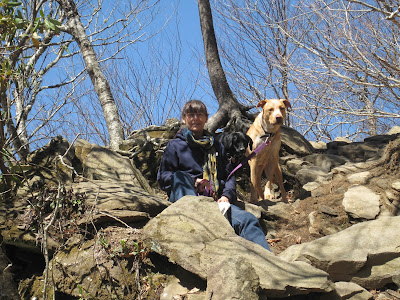 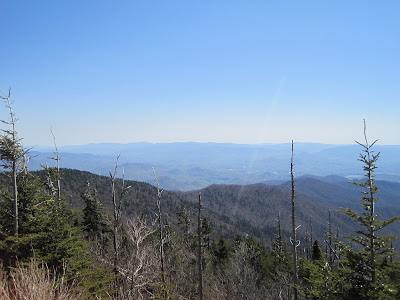 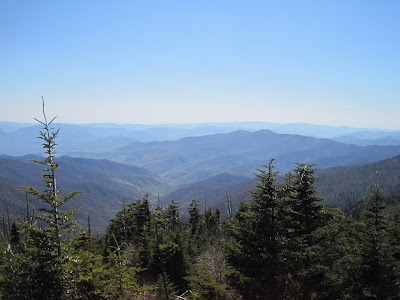 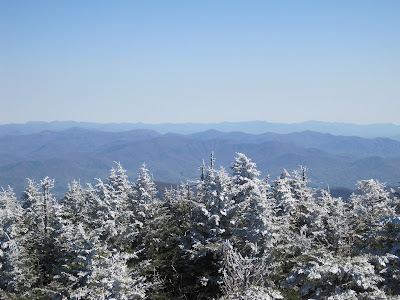 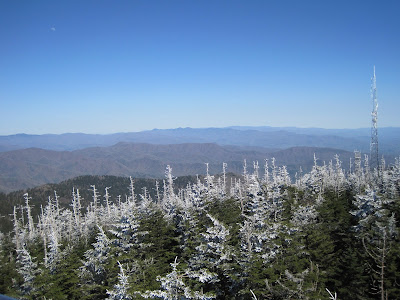 From here got back in the car and drove the 8 miles on Clingman's Dome Road to visit Clingman's Dome, the highest point in the Smokies at 6,643 feet. From the Clingman's Dome parking area we walked up the half mile paved path to the spiral observation tower with 360 degree views. There was still some snow/ice on the tops of the trees.

The dead trees are both hemlock and Frasier firs. The hemlocks have been infested by the hemlock woolly adelgid, an aphid-like insect accidently introduced from Asia that has spread across the eastern U.S. Park biologists have strategies for saving them, and it is hoped that a certain percentage will survive. The Fraser firs have been infested by a tiny non-native insect called the balsam woolly adelgid that injects a poison into the host tree as it feeds on its sap. The tree loses the ability to absorb nutrients until it weakens and dies.

Stopped by the monument where the park was dedicated by one of the Presidents.  This is one area in the Park with the boundary of North Carolina & Tennessee and the cross over of the Appalachian trail.  It is still a 7 mile drive up to Clingman's Dome.

Clingman's Dome is named for Thomas Lanier Clingman who served in the North Carolina House of Commons, the U.S. House of Representatives, and the U.S. Senate before the Civil War. He made extensive explorations and scientific inquiries in the Southern mountains and promoted the region for business and tourism. Clingman gain notoriety when he became embroiled in a dispute with another explorer, Elisha Mitchell, about which peak was the highest and who had "discovered" it.