Kentucky Bourbon Trail ~ May to December 2012

We enjoyed traveling to the different bourbon distilleries in Kentucky on our way to Minnesota and while we were in Kentucky working for Amazon. Our first stop was Bardstown in May where we visited Heaven Hill. We should have stopped at Jim Beam as it was next on the trail north, but for some reason we just did not stop. Bardstown was a great little town to visit and I would have liked to go again just to walk around the town. We did not finish the trail until we were on our way back to Kentucky where we stopped at Woodford Reserve in Versailles. Drove this small winding road towing the trailer - Jim was not happy about that and did not enjoy it at all. To top it off, there was no parking for RV's and we had to maneuver our way into a parking lot, only to miss the last tour of the day. 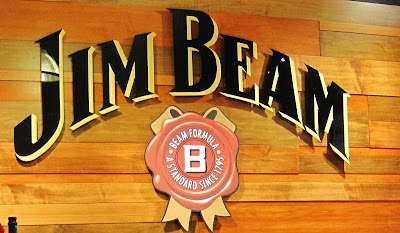 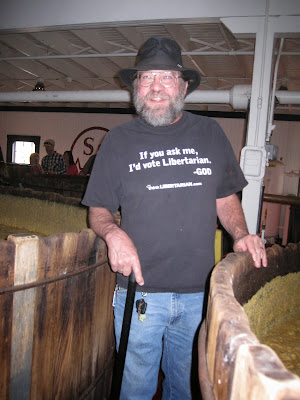 Sunday we decided to hit the Maker's Mark distillery on the Bourbon Trail not far from where we are; only took an hour to drive there. It was a nice place and tour; took the dogs and sat and had lunch after the tour. On the way home went into the State Park again and check out more of the park. Stopped at one trailhead but instead of walking on the trail headed out into what was a huge over flouw slus cut out from between a huge mountain. Must have been wider than a football field with a large concrete pad running in the middle of it. Walked down to the water and looked at the dam; the dogs had a blast getting a good run in. 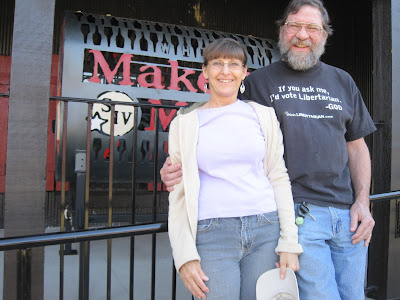 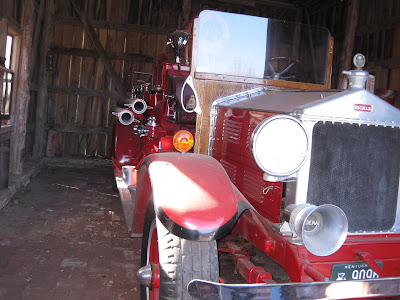 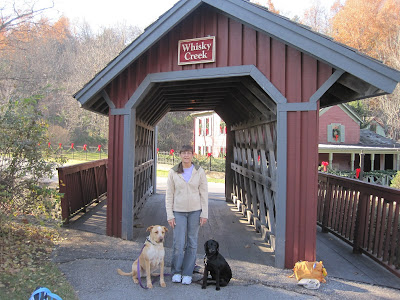 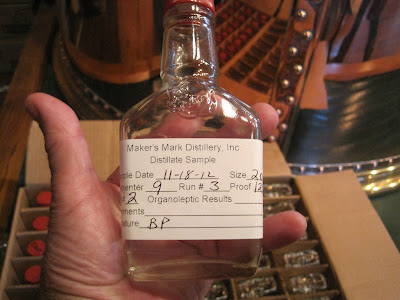 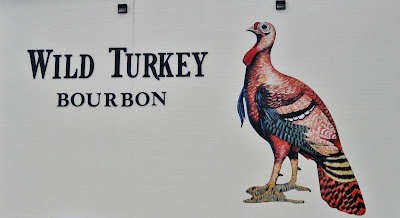 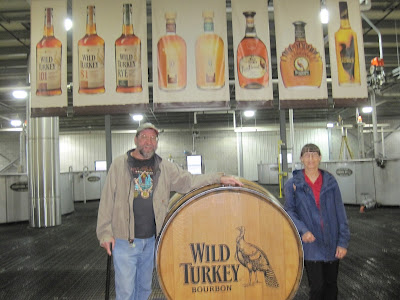 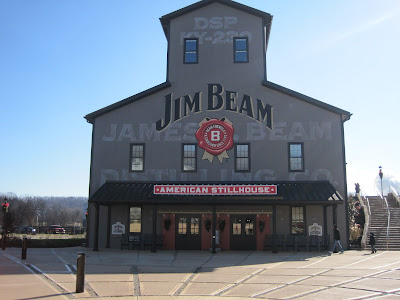 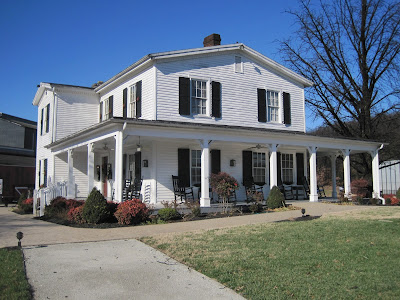 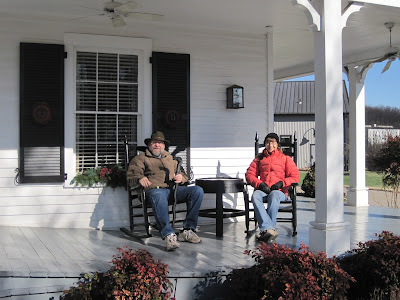 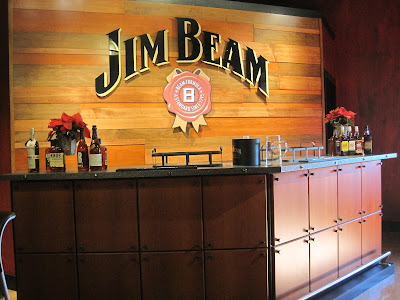 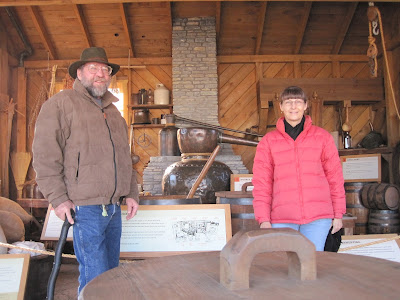 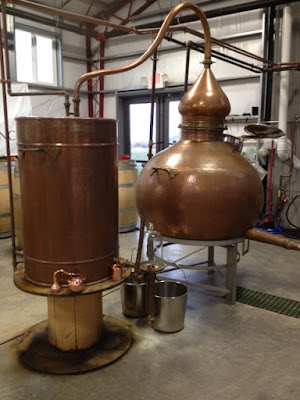 On our way we saw the sign for Woodford Distillery, which is part of the Bourbon Trail. I wanted to stop at the different distilleries on our way down but the storm in Maple Heights kept us there instead of heading south to tour the distilleries. But since we saw the Woodford Distillery on our way, we decided to take a side trip and go there. Unfortunately, by the time Jim got the rig backed into the parking lot the 2:00 pm tour had already left and we did not have the time to wait until the 3:00 pm tour. So we walked around the building a little bit, Jim got a shot of bourbon and we ate a few of the bourbon candies they had available. I found some bourbon coffee in the gift shop, so of course I had to buy some. It is now in the coffee pot ready for the morning's brew. 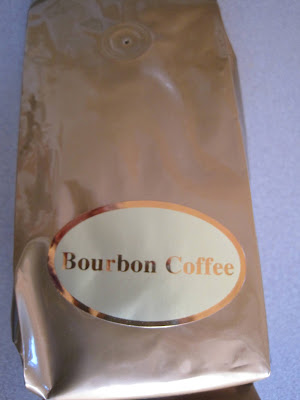 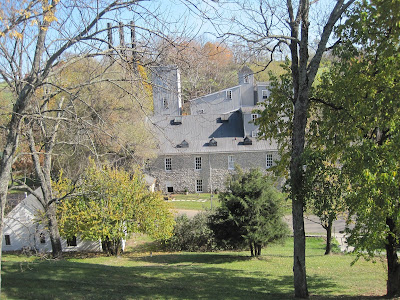 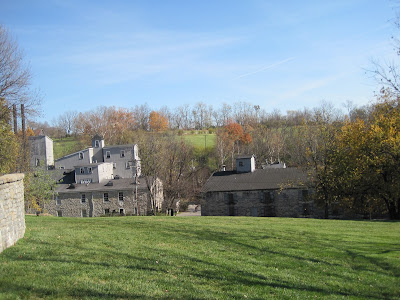 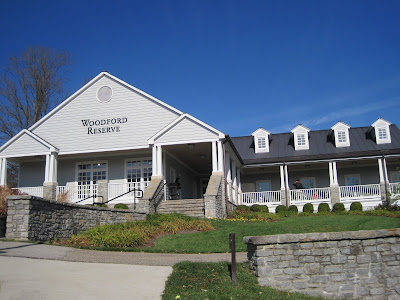 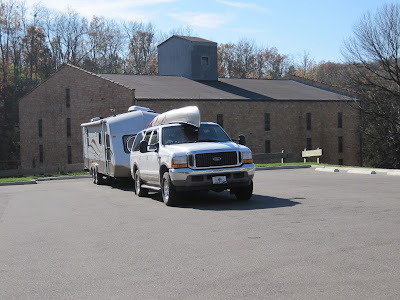 Took us a while to visit all of the distilleries in the Bourbon Trail, but we finally completed all of them between May and December 2012. We got our passports stamped at all of them and I just mailed them in to the Bourbon Society and are now awaiting delivery of our T-shirts.