Left Marilyn's place on Thursday and drove an hour to Jeff Brookbank's place in Syracuse, Indiana.  Jim backed into one of his driveway's and nicked the front right fender on the Excursion on a telephone pole, but ended up backing into OK. 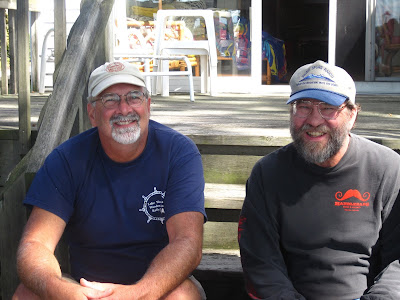 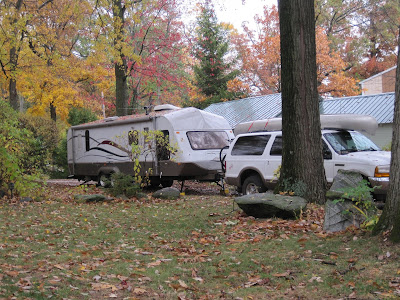 We also took a drive to Gretchen's family house on Lake Wawasee and also took a wonderful boat ride to Pie Eyed Pete's. 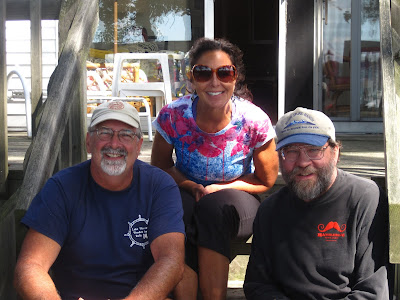 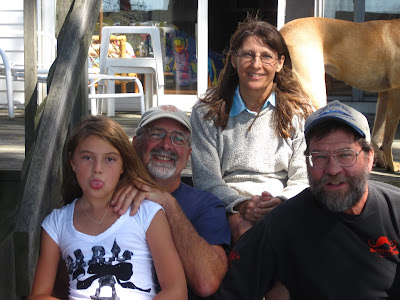 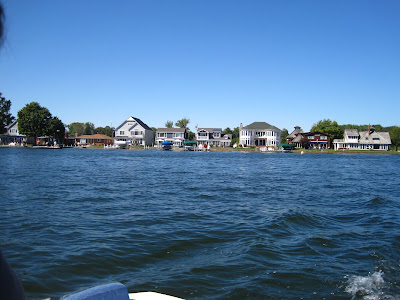 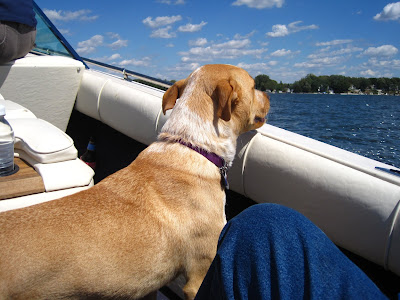 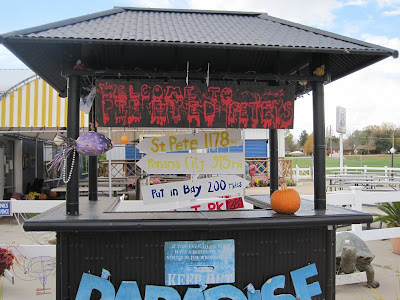 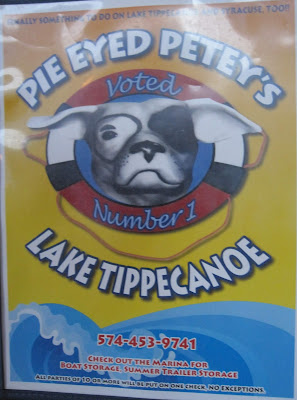 Jeff lives in a small part of Syracuse right on Lake Wawasee where there is a wide variety of houses along the lake and along the side streets.  The houses range from new multi-million dollar houses to small cottages that look like they have been here a long time.  Boat garages look like they are ready to fall into to canal. 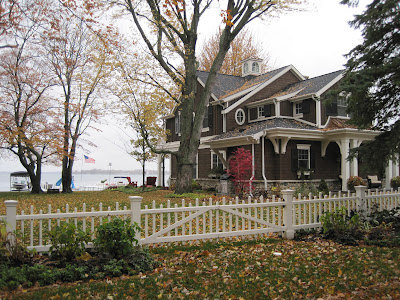 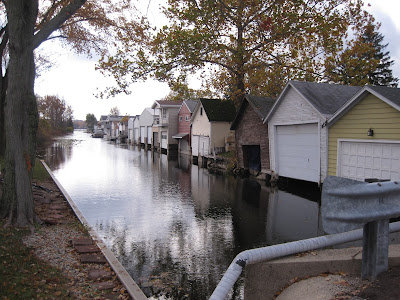 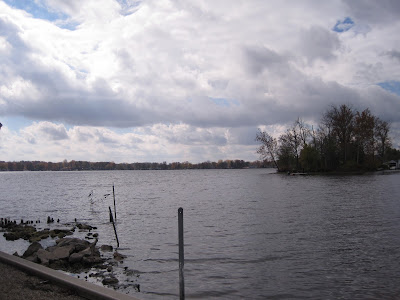 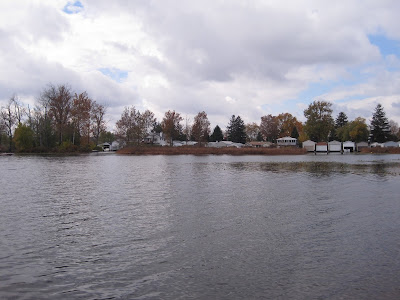 There are so many squirrels running around the yards - the dogs are going nuts running after them and barking them up a tree.  Cannot let them run free because there are quite a few other dogs in the neighborhood and I don't want any fights. 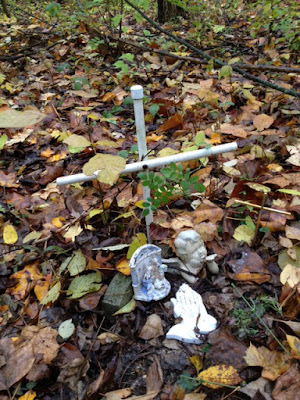 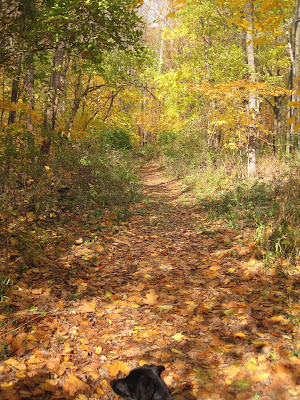 Found a wooded path through the woods that just led up to the main road where I found a small grave. The story is that it is the grave of a girl who just got dumped there with no one ever being charged with the murder. How sad. 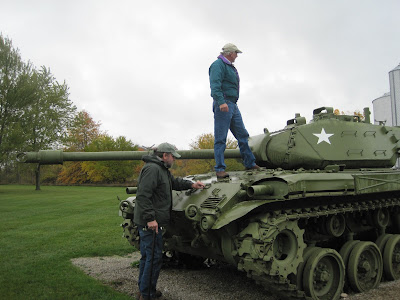 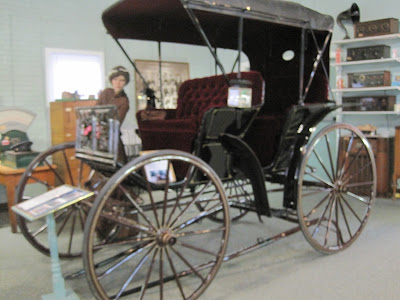 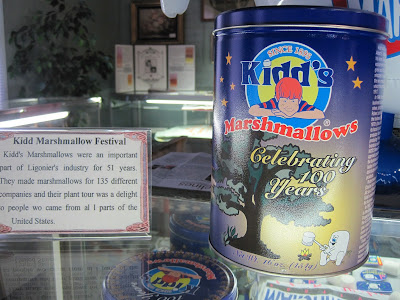 Jeff drove us to Shipshewanee Friday, the Amish city, but it was raining so much that we did not get out and  walk around anywhere.  Also stopped at Fruit Hills Winery for a tasting; late lunch at Essehouse, which is very over rated.  Heard people actually come and stay at their hotel just to eat there.  I did not think the food was very good - mashed potatoes seemed boxed; turkey was canned and the green beans from a can.  Not home made, which is what I was expecting.  I did stop in their bakery and bought a loaf of bread, apple cinnamon bread and chocolate chip cookies.  We also stopped at Guggisberg Cheese Factory, home of the original baby swiss, and of course had to buy some cheese there; and the Hostetler's Hudson Museum, which has the most complete collection of Hudson's in the world.  If it did not cost $8 a person for the tour, we would have done that but Jim & Jeff just talked to the owner and got a brochure. 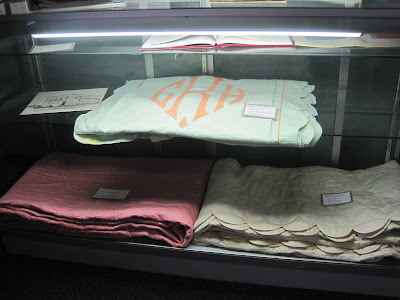 Also stopped at Ligonier's welcome center and talked with the lady in there for quite a while.  Found out she and her husband used to full time RV and are life members of the Escapees (and yes, I got my hug).  That was an interesting place with a lot of antiques, so I took some pictures.  Ligonier is also the place where the Wilkinson Sister Quilt Company originated- all the quilts were hand sewn.