The Navy Seal Museum highlights the Seals during the Vietnam War, the Global War on Terror, which began with the fall of the Twin Towers on September 11, 2001, and continues through today with the actual display of the Maersk Alabama Lifeboat, where the Seals freed Capt. Phillips from Somalia pirates in 2009. Seals operate in every environment imaginable from hot, humid jungles, arctic waters, and barren deserts. 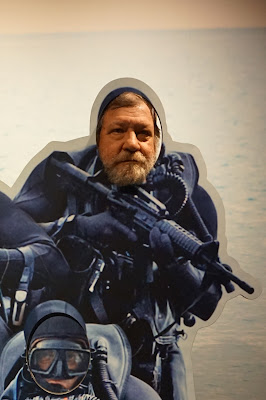 On September 11, 2001, nineteen terrorists from the Islamic extremist group al-Qaeda hijacked four airplanes and carried out suicide attacks against U.S. targets. Two planes were flown into the twin towers of the World Trade Center in New York City, a third plant hit the Pentagon in Washington, D.C., and the fourth plane was heroically forced down by its passengers in an open field in Somerset County, Pennsylvania. These attacks resulted in 2,996 deaths and triggered the Global War on Terror.

Navy Seals and other Special Operations Forces (SOF) were immediately called upon to play key roles in the War on Terror. Fighting this new kind of enemy required Seals to both utilize their traditional skills and broaden their operational capabilities for targeted missions which Seals were created. 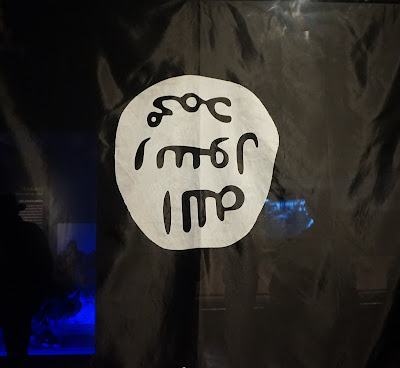 This Isis flag was captured by US Navy Seals and the Iraqi CTS at the eastern axis of Mosul, Iraq in November of 2016. The flag is displayed upside down to show disrespect for the cowardly murders of women and children who slaughter human beings in the name of their bastardized version of religion. God Bless America.

The white circle emblazoned with black writing reading "Mohammed is the Messenger of God," which is meant to resemble the Prophet's seal, similar to that used to close an envelope. The white writing on the flag reads: "There is no god but Allah [God]. Mohammed is the messenger of Allah." This phrase is a declaration of faith used across Islam, and is known as the shahada.


Their mission: To capture or kill Osama Bin Laden. One of the longest and most intense manhunts in history ended on May 1, 2011, when members of a Joint Special Operations Task Force, including Navy Seals, tracked down and killed the founder and head of the Islamist militant group al-Qaeda, Osama bin Laden, during a raid on his compound in Abbottabad, Pakistan. The raid on bin Laden's compound was launched from Afghanistan after weeks of preparation at secret locations in the U.S. After the raid, U.S. forces took bin Laden's body to Afghanistan for identification, then buried it at sea within 24 hours of his death. 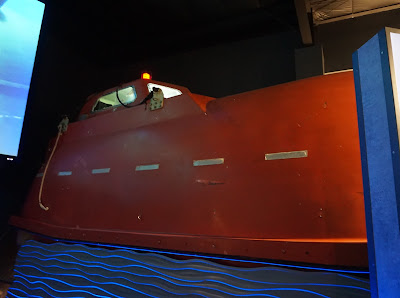 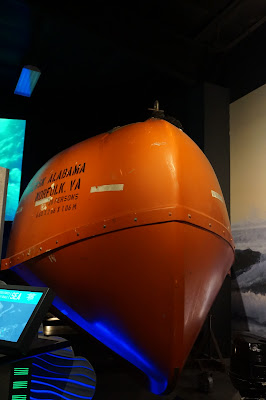 The cargo ship Maersk Alabama was hijacked by four Somali pirates 240 nautical miles from the coast of Eyl, Somalia on April 8, 2009. The siege was ended four days later by Seals operating from Navy ships on April 12, 2009. The taking of the Maersk Alabama by pirates was the first seizure of a ship registered under the American flag since the early 19th century. It was the sixth ship seized that week by pirates who had previously extorted ransoms in the tens of millions of dollars. 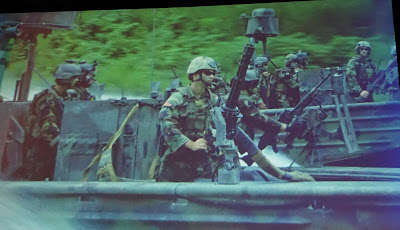 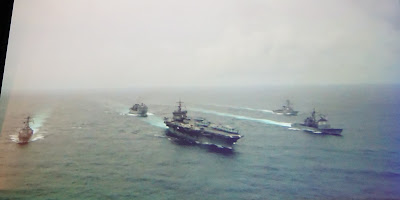 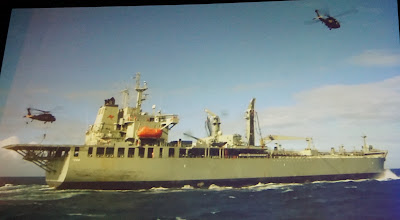 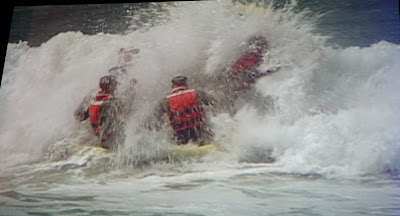 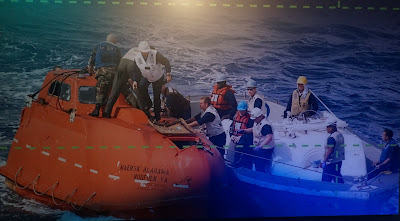 The ship's captain, Richard Phillips, prevents the initial takeover by ordering his crew to lock themselves in a secure room while surrendering himself to the pirates. The pirates then flee using the lifeboat with Captain Phillips as their hostage. On April 9, 2009, the US Navy destroyer USS Bainbridge and amphibious assault ship USS Boxer arrive on scene and establish a "control net" around the area to isolate the lifeboat and prevent the pirates from receiving support. On April 10 the Seals parachute in. On Saturday, April 11 one of the pirates, injured in the initial stage, surrenders and is taken on board the USS Bainbridge to seek medical attention and is immediately arrested. 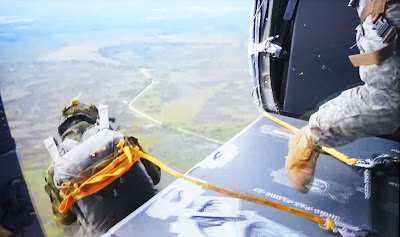 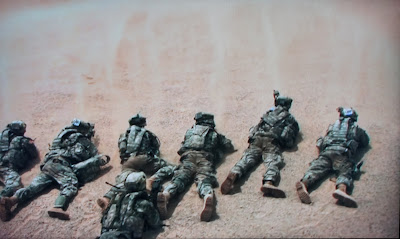 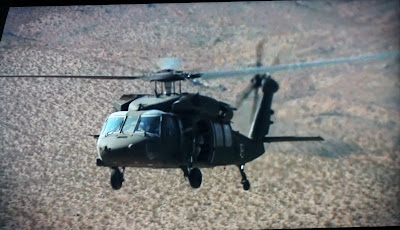 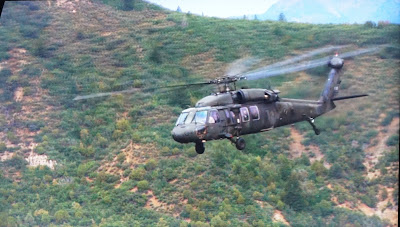 The Desert Patrol Vehicle was used by the Seals in Operation Desert Storm, Enduring Freedom, and Iraqi Freedom. DPVs usually operate in pairs for mutual support during combat search and rescue missions and for scouting behind enemy lines.

Barry, a Belgian Malinois, holds the distinction of being Naval Special Warfare Group Two's "first dog." Barry served with the Seals in Iraq for three years and participated in over 225 combat missions. He was credited with the largest explosive find including 125 pounds of homemade explosives, 75 feet of detonation cord, 50 blasting caps and 2 hand grenades. 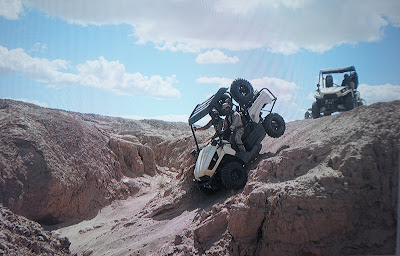 The Utility Terrain Vehicle provide mobility in remote locations and across a myriad of locations. The vehicles are flexible and transportable and they move around the battlefield in terrain not easily navigated by larger vehicles. This UTV was used in Afghanistan. 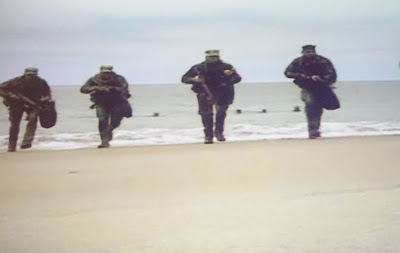 The DPV is a high-speed, lightly armored vehicle known for its dash speed and off-road mobility. They are capable of accelerating from 0 to 30 mph in only 4 seconds and are able to travel at speeds of up to 80 mph.


The Humvee was designed for personnel and light cargo transport. It was also used in urban combat roles. 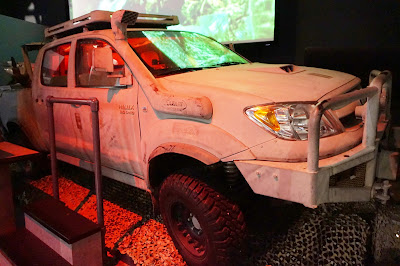 They are often used to confuse the enemy since it is common to the area and not recognized as a military vehicle.


The anchor symbolizes the Navy, the parent service, the premier force for power projection on the planet and the guarantor of world peace. However, it is an old anchor that reminds the Seals that their roots lie in the valiant accomplishments of the Naval Combat Demolition Units and Underwater Demolition Teams, honored at Fort Pierce at the Naval Seal Museum - that's where it all started.

The Trident, the scepter of Neptune, or Poseidon, king of the oceans, symbolizes a Seal's connection to the sea. The ocean is the hardest element for any warrior to operate in -- it is the one in which the Seals find themselves most comfortable.

The pistol (flintlock) represents the Seal's capabilities on land -- whether direct action or special reconnaissance. If you look closely, you will see it is cocked and ready to fire and should serve as a constant reminder that Seals must be ready at all times.

The Eagle, the nation's emblem of freedom, symbolizes the Seal's ability to swiftly insert from the air. Normally, the eagle is placed on military decorations with its head held high. On the Seal insignia, the eagle's head is lowered to remind each of us that humility is the true measure of a warrior's strength.

SEAL is an acronym for Sea - Air - Land.


This replica of a WWII "Horned Scully" is an example of an obstacle placed on the beaches of Normandy, France by the Germans to prevent the Allied amphibious landing on June 6, 1944 (D-Day). It was the job of the Navy Frogmen to remove these obstacles in preparation of the incoming landing craft which ultimately led to the success of the invasion.

Ty Woods and Glen Doherty gave their lives protecting others during an Islamic militants attack on the U.S. Embassy compound in Benghazi, Libya on September 11, 2012. Against overwhelming odds, they made the ultimate sacrifice on a rooftop while covering each other's backs.


This original segment of the Berlin Wall marked the border between East and West Berlin. It physically symbolized the "Iron Curtain" that separated Western Europe and the Eastern Bloc during the Cold War. 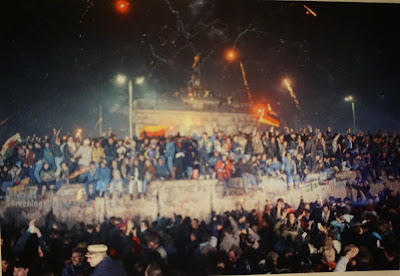 Brandenburg Gate during the night of November 9, 1989 when the East Germans allowed their citizens to visit the West. 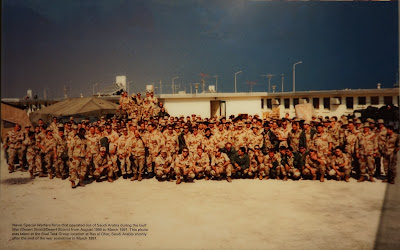 Navy Special Warfare force that operated out of Saudi Arabia during the Gulf War (Desert Shield/Desert Storm) from August 1990 to March 1991. This photo was taken at the final Task Group location at Ras al Ghar, Saudi Arabia shortly after the end of the war sometime in March 1991. 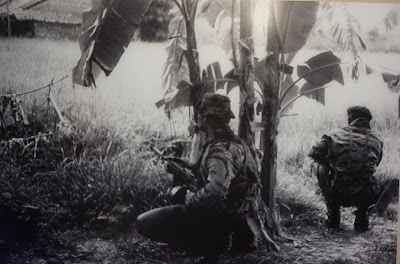 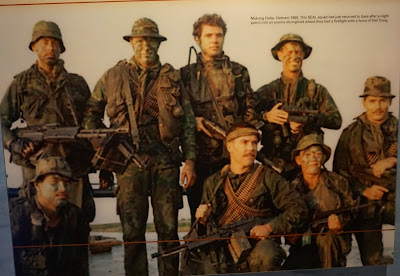 Mekong Delta, Vietnam 1969. This Seal squad has just returned to base after a night patrol into an enemy stronghold where they had a firefight with a force of Viet Cong.

The Seals fought in the deltas and rice paddies and quickly adapted to enemy practices, camouflaging themselves. 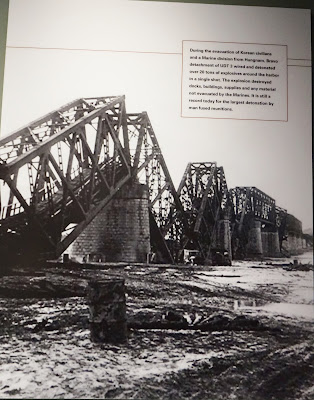 During the evacuation of Korean civilians and a Marine division from Hungnam, Bravo detachment of UDT 3 wired and detonated over 20 tons of explosives around the harbor in a single shot. The explosion destroyed docks, buildings, supplies and any material not evacuated by the Marines. It is still a record today for the largest detonation by man fused munitions. 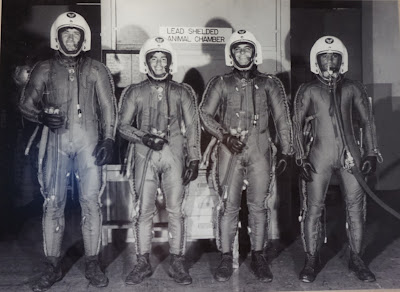 Frogmen who assisted in the NASA Space program. 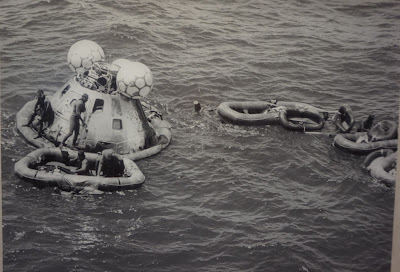 
The beginning of Naval Special Warfare came through the actions of the predecessors of today's Navy Seals and established the benchmarks against which military special operations are measured today. These tightly knit groups of men trained for war and took their skills and determination around the world with one goal in mind: "Win at any cost." They cleared the way for others to follow, doing so for the love of their teammates and their country.


The Naked Warrior Statute depicts the elite men of the the U.S. Navy's Underwater Demolition Team (UDT) of WWII. Nicknamed "Naked Warrior" for their lack of clothing and equipment, these men were supplied with only shorts, swim fins, dive mask, a knife, a pencil, and a slate board on which to record their findings. These brave men entered enemy waters to recon enemy-held beaches and destroy any natural or man-made obstacles that could impede allied amphibious landings. 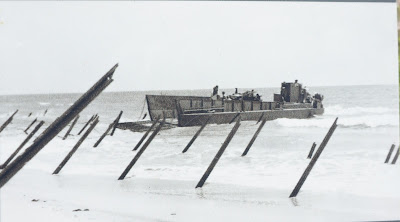 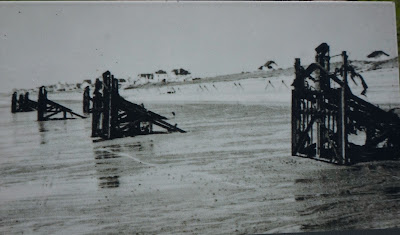 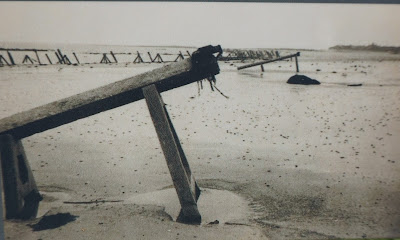 Actual pictures from WWII of the beach obstacles -- hedgehogs, horned scullys, cut rails, and other obstacles.


This craft was built after WWII as the main "cast and recovery" boat. The Frogmen went over the side into a rubber boat and then into the water. They were picked up again in much the same way. In 1983, the LCP(L) was replaced by the SEAFOX. 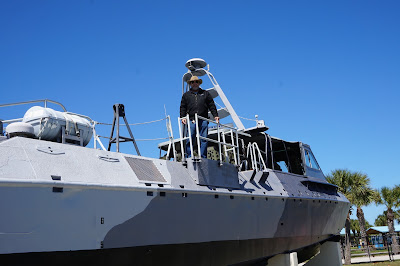 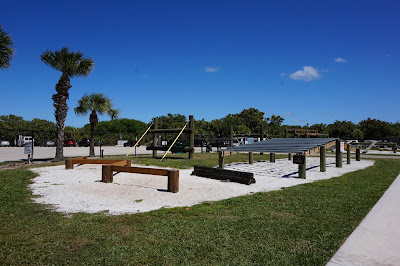 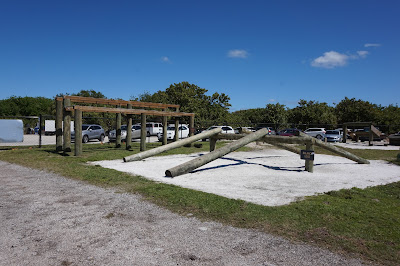 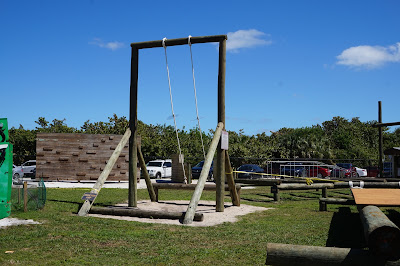 The Museum's obstacle course is an example of the Basic Underwater Demolition/SEAL (BUD/S) obstacle course located in Coronado, California. The course is one of many timed drills a trainee must complete on a weekly basis. Other exercises include weekly four-mile timed runs and two-mile timed open-ocean swims. The trainee must improve his time throughout training in order to continue BUD/S.