We drove to College Park to get my bike worked on and were going to go on a bike ride, but Jim said that he wanted to go to the Bush Library instead. It just so happened to be just after Barbara Bush passed away and they had a tribute to her and George Bush. 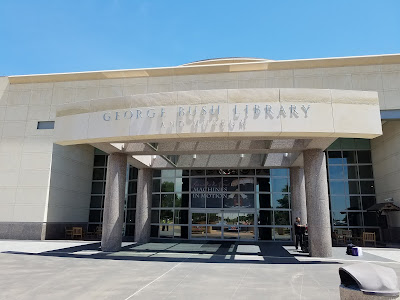 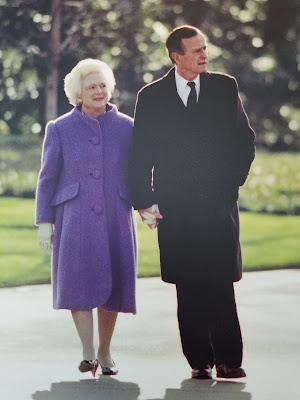 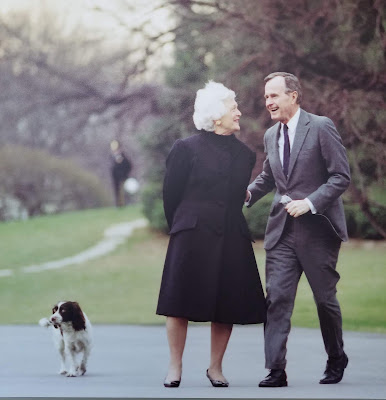 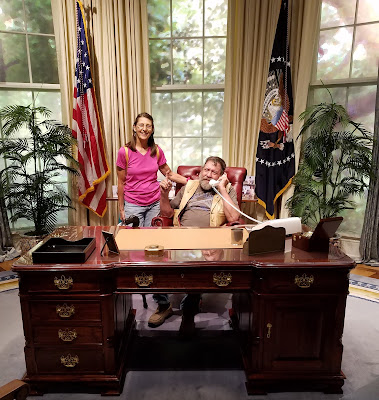 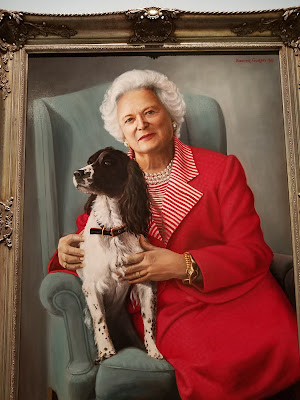 Barbara Bush was an advocate for literacy that began during her husband's term as vice president. She actively supported organizations like The Business Council for Effective Literacy, the National Adult Literacy Congress, the National Coalition for Literacy, the Correctional Education Association and dozens of state and local, private and public literacy programs. 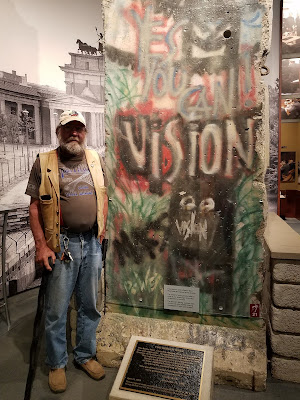 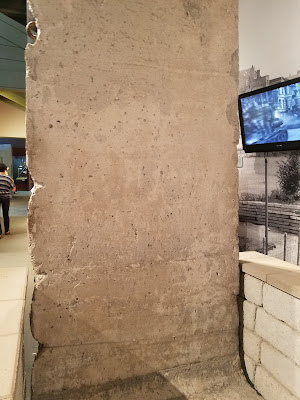 The Berlin Wall, erected in August 1961, was a symbol of fear and oppression. It separated a city and a nation until freedom of movement was restored on November 9, 1989. This segment of the Berlin Wall is presented to the Bush Library on behalf of the people of the united city of Berlin. This section of the Berlin Wall illustrates the nature of its duality. The eastern facing Soviet side is void of any markings; a symbol of oppressive control. The western facing German side is covered with graffiti offering messages of hope and protest.

"The quest for freedom is stronger than steel, more permanent than concrete." ~ George Bush, November 11, 1989

Probably one of the significant gifts presented to President Bush by the people of Kuwait was the Gate of Kuwait. Made of teak, studded with domed nails, and elaborately carved, such doors were once the primary access to the walled homes of Kuiwat's leading citizens. Over 100 hundred years old, this door is framed with plates bearing the names of American servicemen and women who were killed during the Gulf war.

The inscription cites the old Kuiwati proverb: "When a man gives you a key to his home it means you are the best and most valuable friend to him; when a man gives you the door to his home it means that you are one of his family." A gift of great friendship, the Gate of Kuiwait symbolizes the gratitude of the Kuiwati people to President George Bush and recognizes the Americans who sacrificed so much to secure their freedom. 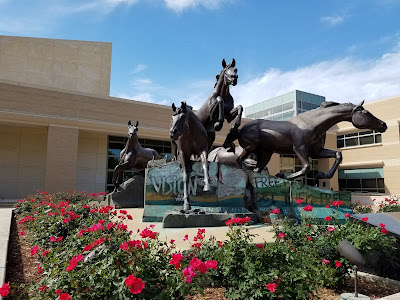 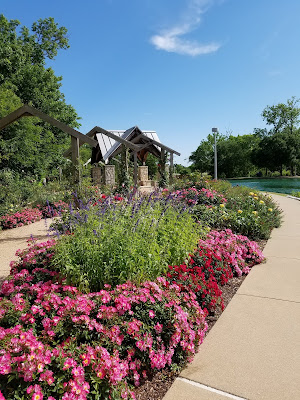 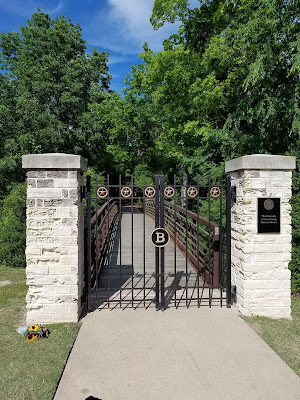 We walked around the gardens but were not able to go into the cemetery where the family is buried as they were getting it ready for Mrs. Bush.