The Olympic Peninsula is composed of about one million acres, 95% is Olympic National Park, five acres in Olympic National Forest, and over 600 islands in national wildlife refuges. From where we were camped, the closest place we went to was Hurricane Ridge. We will have to hit the west coast of Washington on another trip to see the Hoh Rainforest, Kalaloch, the Quinault Rain Forest, to name a few, which are a part of the Coast and Forest sections of the park. 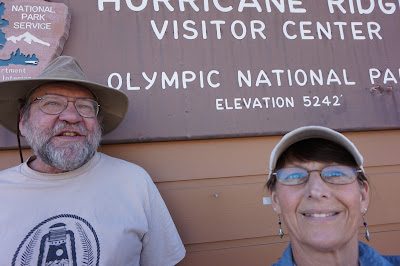 The Olympic Peninsula is home to eight American Indian tribes that developed complex hunter-gatherer societies and continue to keep their traditions alive. European explorers who ventured here in the late 1700s heralded the way for homesteaders. The Olympics were set aside as a national monument in 1909 and further protected as Olympic National Park in 1938. Today the park is internationally recognized as a Biosphere Reserve and World Heritage Site. 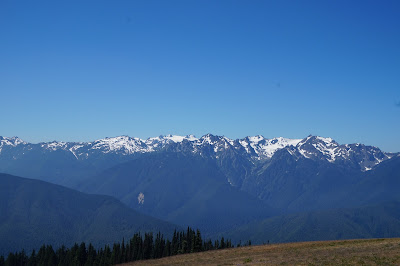 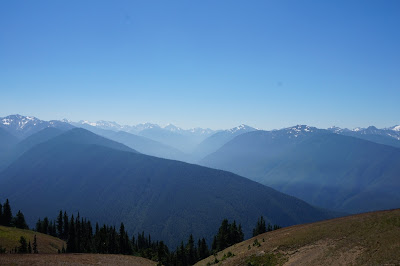 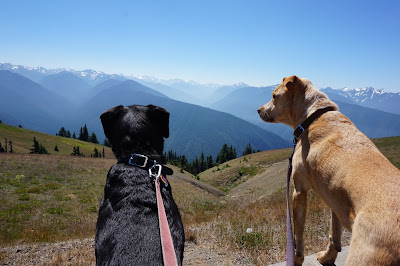 Even Hayley & Lucy had to look over the ledge hoping to see a deer or gopher.

Hurricane Ridge took us to the top of a mountain where we walked along a trail viewing glacier-clad mountains, mountain flowers, and stunted subalpine fir trees. 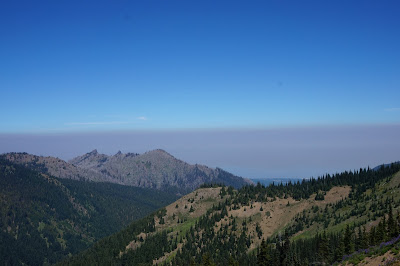 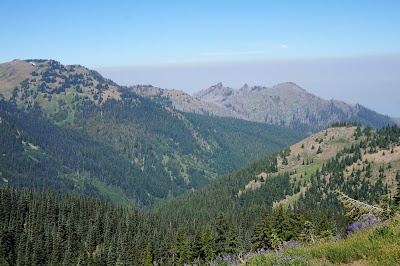 You can see the smoke slowly coming down into the mountains - quite a difference between the sky and smoke. 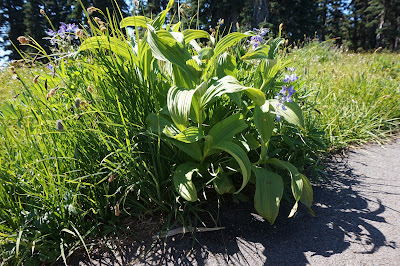 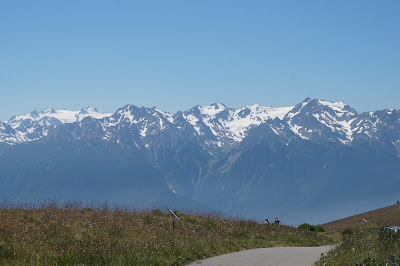 The mountains of the Olympic National Park were formed as glaciers chiseled the U-shaped valleys and brilliant colored wildflowers. Geologists still debate the origins of the Olympics. Some 50 million years ago lava gushed from the underwater rips in the edge of the continent, hardening into miles-thick layers of basalt. Later an immense submerged delta of sandstone and shale formed farther out in the ocean.  These layered rocks slowly rode back to the continent and jammed beneath the basalts, forcing the Olympics to rise from the sea 10 to 20 million years ago. Ice-age glaciers helped carve the Strait of Juan de Fuca and Puget Sound, separating the Olympics from nearby lands. Years of isolation nurtured the rich biodiversity of the Peninsula, where over 20 plants and animals are found nowhere else on Earth. 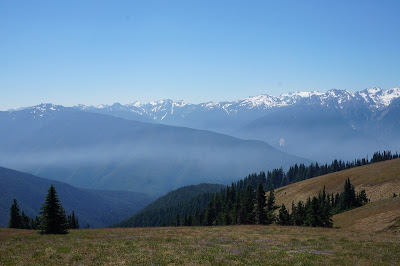 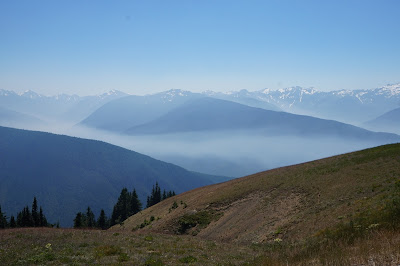 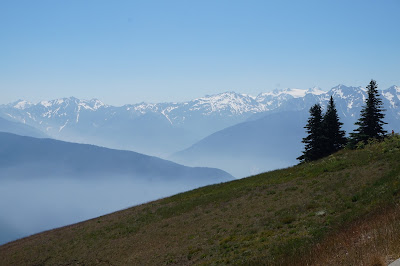 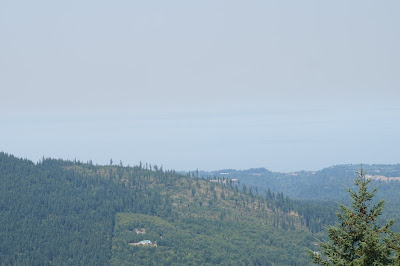 While walking the trail, the smoke from the Canada fires were closing in and settling in the valleys. By the time we left and were driving back down the mountain, the sky was filled with smoke and we could not see anything to take any more pictures.  At least we got to see it before the smoke settled into the mountains and valleys.