The Saguaro Cactus are remarkable plants. Some are hundreds of years old; they grow very slowly and grow arms as they age. After 15 years a seedling may be only 12 inches tall. At about 30 years saguaros begin to flower and produce fruit. By 50 years it can be as tall as seven feet. After 75 years it may sprout its first branches, or arms. Branches begin as prickly balls, then extend out and upward. By 100 years the saguaro may reach 25 feet. 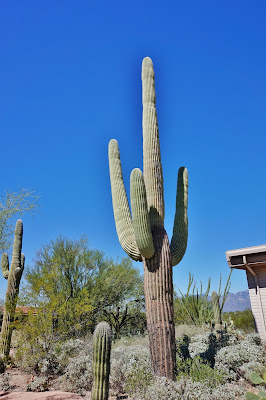 Saguaros that live 150 years or more attain the grandest sizes, towering 50 feet and weighing 16,000 pounds or more. These are the largest cacti in the United States. 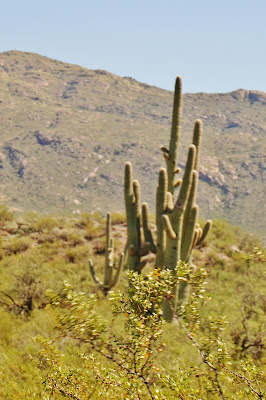 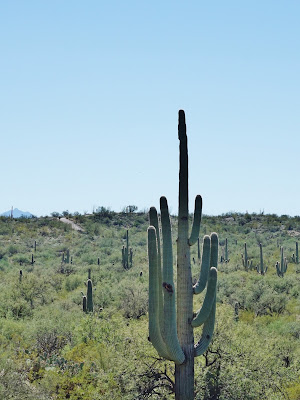 They have been called the monarch of the Sonoran Desert; the supreme symbol of the American Southwest. It is renowned for the variety of odd, all-to-human shapes it assumes - shapes that inspire wild and fanciful imaginings.

Saguaros do die of old age, and they also die of other causes. Animals eat the seeds and seedlings, lightning and winds kill all ages. It is vulnerable during every stage of life. Some biologists believe that freezing is the major cause of saguaro deaths. In this park they are at their extreme northern and eastern range, where cold winter temperatures occur most often. 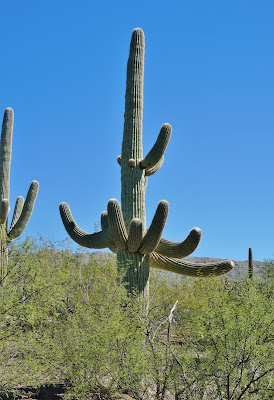 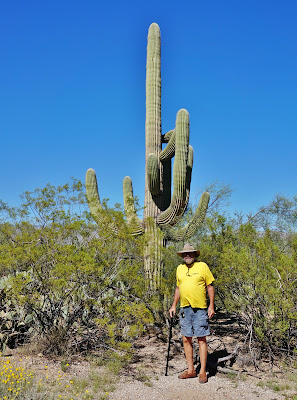 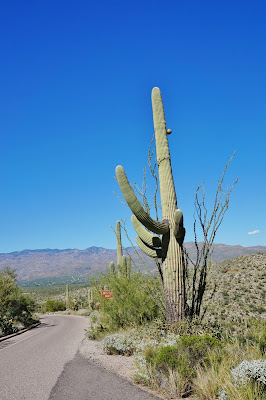 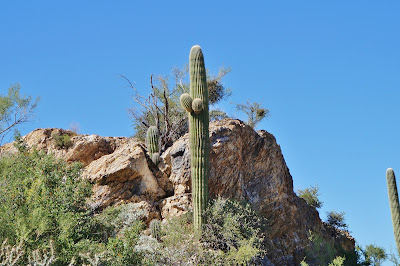 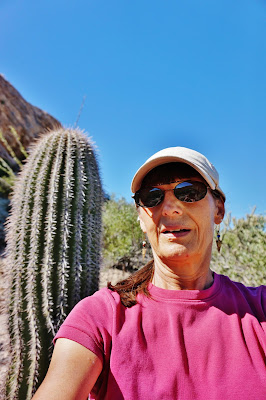 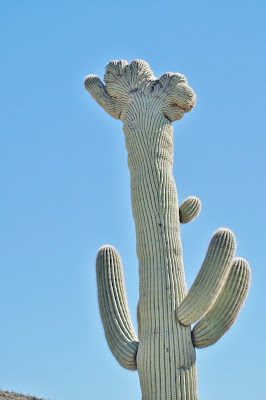 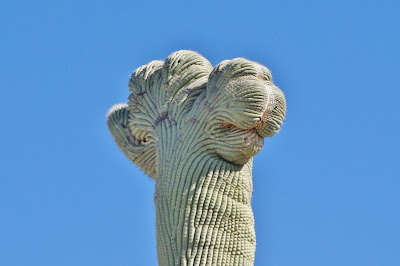 The Saguaros are home and food to many animals. The flowers open from late April to June. Each blossom opens after sunset in the cool of the night; by the next afternoon the flower has wilted and the brief period of bloom has ended.

The fruit ripens in June and July. Javelinas, coyotes, foxes, squirrels and other rodents, harvester ants, and birds feed on the fruit and seeds. 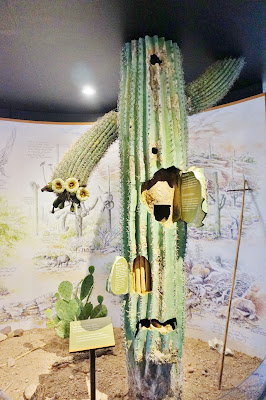 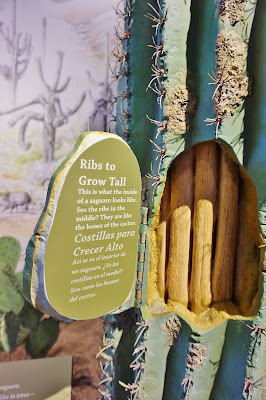 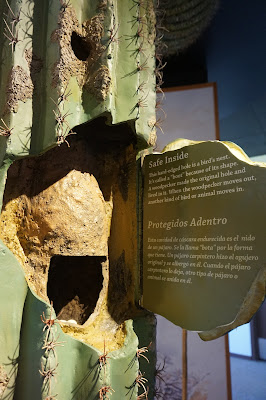 Packrats use the Prickly Pear Cactus as a home. They collect stuff, including seeds, cactus pieces, grass, car keys, and bits of trash, and pile it into their homes. They have been known to maintain their houses for multiple generations, passing down their treasures to their offspring. Scientists studied former packrat homes that are nearby and over 40,000 years old. In them, they found seeds from grasses, pinyon pine and juniper trees which are now only found up in the mountains. Long ago, this area was likely covered in grass, pinyon, and juniper plants, giving a great-grandparent of these neighborhood archivists a very different view. How funny that these animals keep stuff for so long and pass it down to their heirs. 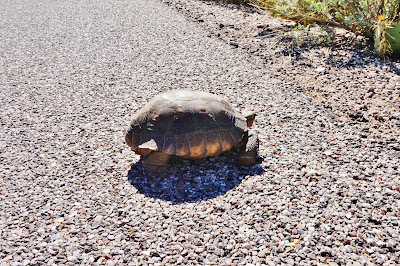 This guy was crossing the road as we approached, so I stopped and waited until he made it across the street.