Wake Up the Bears Day at Lone Star Yogi

Today was the big day here - met at the Bear's Den at 8:30 am and Yogi (Jim), Cindy (Fran) and BooBoo (Gayle) got dressed so the children could "wake up the bears" from their winter's nap.  There was a bunch of kids waiting outside to wake us up.  From there we got into a golf cart and drove across the street to the flag pole where we said the pledge of allegiance.  We then had photos taken with the bears.  I had so many little kids coming up and hugging all of them - it was incredible.  It's amazing how much these bears are loved by the kids - Yogi and friends have been around for so many years (even when we were kids) but they have been kept alive even now. 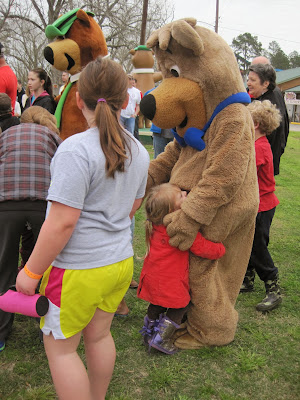 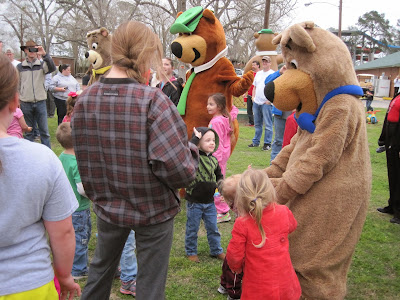 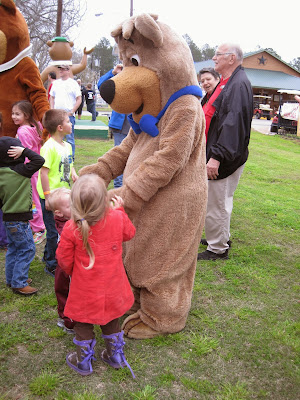 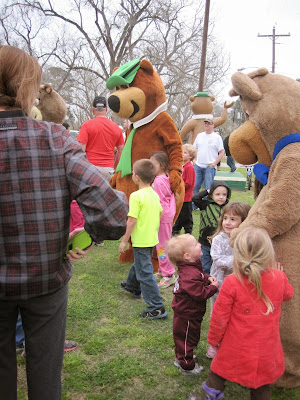 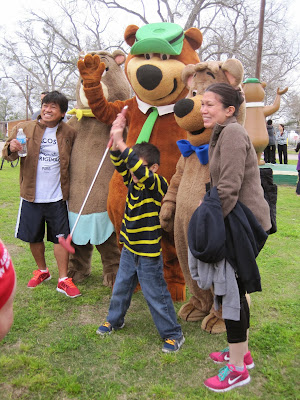 When we finished at the flag pole we went down to the Bear's Den to get out of our costumes and head over to the Rec Center.  We opened that about 10:00 am and shortly after that that people started pouring in.  I was amazed at how many people actually came in to paint ceramics and t-shirts (mostly ceramics).  We had three people back there and were really busy.  While we were handling the rec center activities, Jim & Fran were outside with the Yogi train taking guests on a ride around the park.  The water park also opened today and there were actually guests swimming - mostly kids who have a higher tolerance for the cold.   The kids did a great job on their ceramics and tomorrow will be a big day in there as well (rain is predicted). 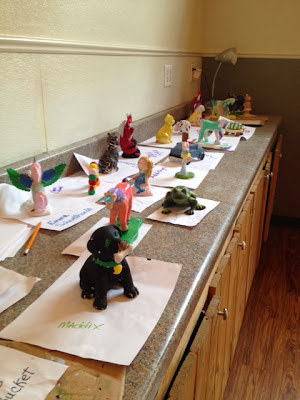