The automobile collection at the Linq features over 250 classic cars that have been restored to peak performance. Most of them are for sale, so if you have a little extra cash laying around burning a hole in your pocket, head to Las Vegas Linq Hotel's classic car collection and take your pick.  Below are some of the featured cars.
Mint original example which was purchased directly from Ford in Europe by the current owner. 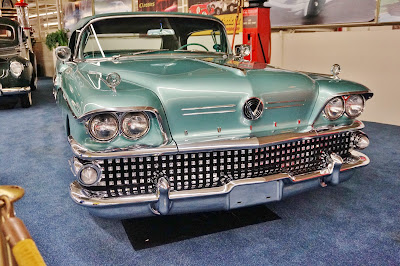 "King of Late Night" ~~ Johnny Carson's Car. It is the car in which Johnny learned to drive. He also drove his date to the senior prom back in Nebraska.. Years later he tracked down his father's old Chrysler, bought it and had it restored. In 1994 he sold it to the Imperial Palace Hotel & Casino Auto Collection for $1.00. Display Only - Not for Sale.
From President John F. Kennedy's White House motor pool.  Display Only - Not For Sale.

Marilyn Monroe used this car many times during the filming of the movie "Bus Stop." Display Only - Not For Sale. 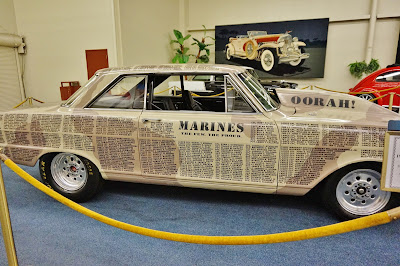 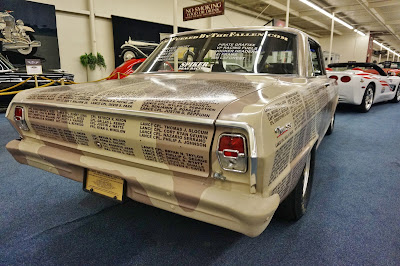 1963 Chevrolet Nova Memorial Race Car. For The Few, The Proud, The Never Forgotten. Dedicated to all the fallen and living U.S. Marines of the Iraq War. Display Only - Not For Sale. 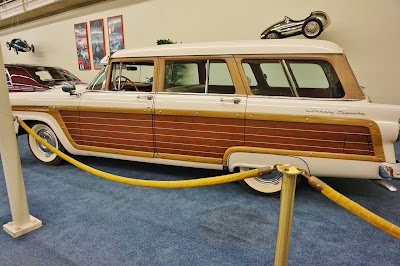 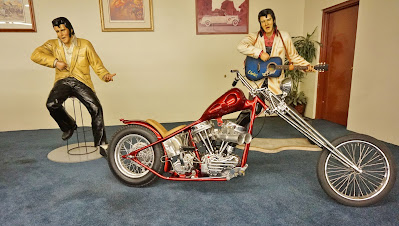 Ann Margaret Chopper which she used during her Las Vegas Shows in the late 1960's and early 1970s. During 1964 Ann starred with Elvis Presley in Viva Las Vegas.