In 1866 the Waco Bridge Company was granted a 25 year charter to build a toll bridge.  The charter guaranteed that no other bridge or ferry could be built within five miles. Construction began in 1868 and, after much financial difficulty, was finished in 1870.  Bridge traffic included wagons, pedestrians, and cattle herds. Special rates were given to heavy users. From 1875 to 1889 the public agitated for a free bridge, but the company retained its monopoly. Then, in 1889, the bridge was sold to McLennan County which gave it to the City of Waco as a free bridge.

Today the Waco Suspension Bridge serves only pedestrian traffic. It is the centerpiece of Indian Springs Park on the river, and stands as a reminder of Waco’s rich history. 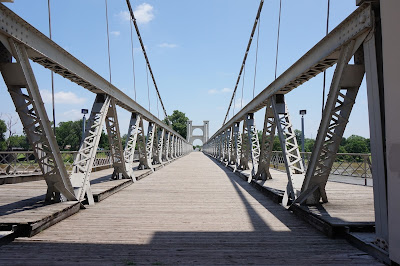 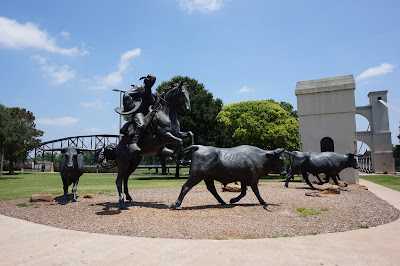 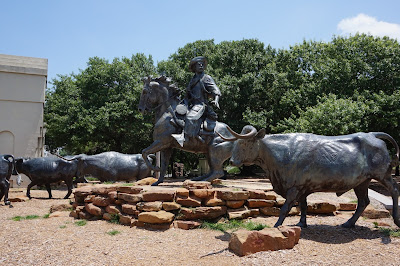 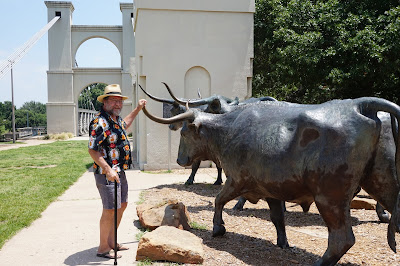 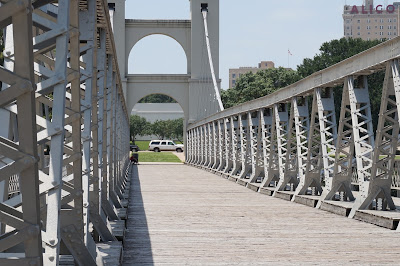 Oh look - there's an Excursion at the far end of the bridge. 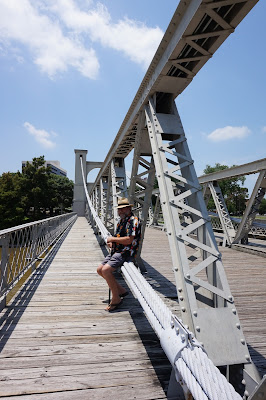 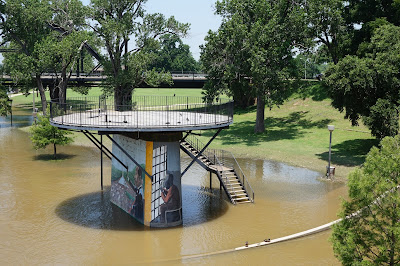 There has been a lot of rain falling in Texas causing flooding.  The Waco river walk has been under water for a while now. As you can see, this structure was built so people could walk to it and climb the stairs, but not now.  All along the river, the path is under water.