We visited the Ralph Foster Museum located at the College of the Ozarks, a Christian liberal-arts college where its students work at the college in payment for their tuition, so they come out of college debt free. We also took a drive around Branson to see the sights.

He also collected artifacts, one of which is the famous "Beverly Hillbillies" vehicle, which was the actual one seen in the television series.

The college has a creamery where they make their own ice cream and fruitcake. The Ralph Foster Museum is located on their campus. In 1924, Foster and his partner, Jerry Hall, set up KGBX, a 50-watt station in a corner of their Firestone tire store in St. Joseph, Missouri. In 1932, Foster moved the station to Springfield, Missouri. He then changed the call letters to KWTO, turning it into a famous slogan "Keep Watching the Ozarks." Many famous country music stars either got their start or appeared on KWTO, such as Slim Wilson, Porter Wagoner, Chet Atkins, etc. 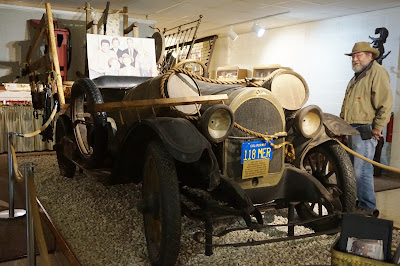 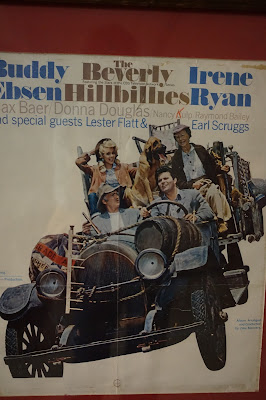 There were three floors of things to see, and one whole floor devoted to various guns and rifles, some of which were one of a kind. 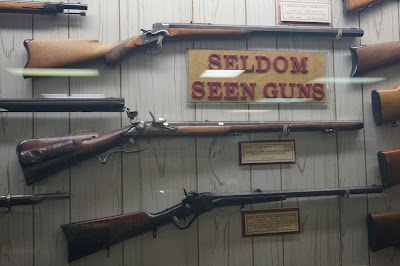 We drove around Branson to see the various oddities and famous landmarks. This place reminds us of Gatlinburg and Pigeon Forge ~ just lots of show places, water parks, mini golf, to name a few ~ everything geared to taking ones money. Most of the museums are over priced so we did not see them, even though they did sound interesting.

No - we did not go on the ferris wheel.  I just got a picture of it as we were driving by.

Yakov Smirnoff has a theater here in Branson and inside are his paintings.  He is quite the artist and the middle picture below was displayed at Ground Zero. 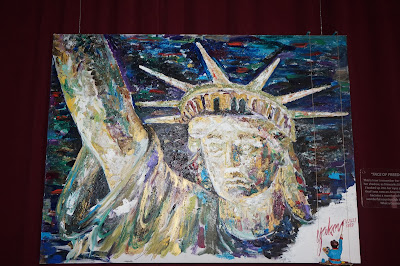 Yakov calls this painting the "Face of Freedom." He states "This is how I remember her as I stood in her shadow, as fireworks lit up her face. I looked up into her eyes and realized that I was now an American and I had become a member of the most wonderful country club in the world! What a Country!"


We went on a "tour" for a time share and sitting on the hillside of the subdivision was the actual police car that was used during the early years of The Andy Griffith Show in the sleepy North Carolina town of Mayberry. 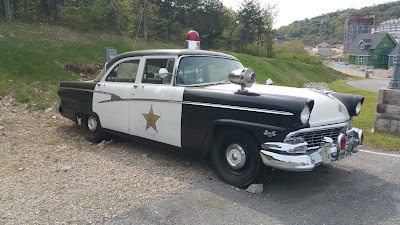 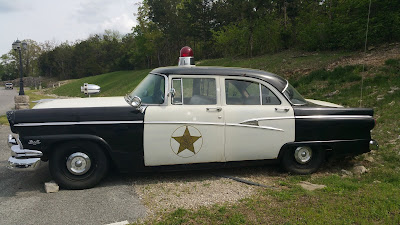 Branson is situated right in the Ozark Mountains and rolling hills.  Some of the roads are quite long and steep. The rock formations are pretty cool. 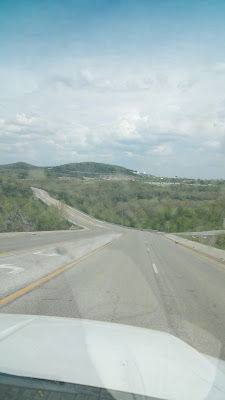 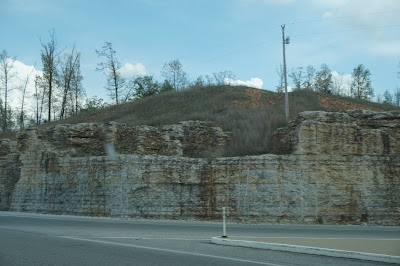 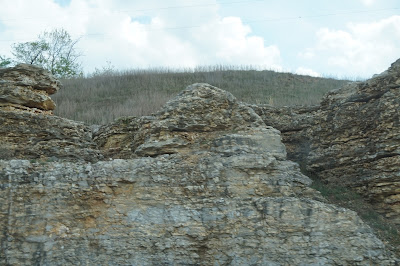 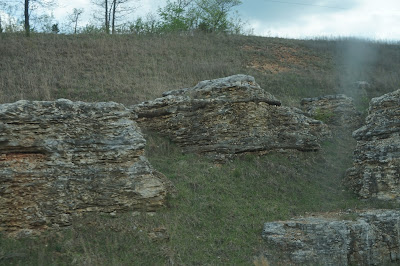