The Texas Maritime Museum holds the history of the Texas coast, telling the story through photographs, models, and interactive exhibits. French explorer Robert Cavelier sailing on the La Salle was looking for the mouth of the Mississippi but ended up at the mouth of Port Aransas instead.  The wreck of the La Belle was found in the waters just outside of Corpus Christi.


John Harrison was the inventor of the Marine Chronometer.  He solved the sailors problem of establishing longitude at sea. The problem of longitude was considered so overwhelming that in 1714 English Parliament offered a Longitude Prize of 20,000 pounds for the answer. Harrison was awarded the prize in 1765.

Careening is the leaning of a vessel on one side for cleaning, caulking, or repair.  Blocks such as these were utilized to bring the vessels onto their sides with less physical effort.  This process has been used from the advent of boating to make the necessary repairs, keeping the vessels in the water working.  If there was not a close repair facility, an open beach would suffice for a careening area.

In the 1870's meat packing industries in the area began to decline due to the rising price of cattle and competition from beef packing plants in Chicago and Kansas City.  As late as 1880 a single factory in the Rockport, Texas area handled 93% of the $500,000 worth of beef slaughtered by Texas factories.  The Marion Packing Plant was one of several meat packing plants in the 1860's, the peak years of the cattle boom.  Most of the animals in these plants were slaughtered for their hides and tallow.  The lack of adequate refrigeration or preservation technology meant much of the meat was lost.  Near one of the plants was a dump for meat and carcasses which covered nearly five acres.  The smell of rotting meat reportedly pervaded the area for years.

The S.T.California Getty is capable of carrying 958,000 barrels of crude oil.  Super tankers like this one were used to bring crude to the Texas coast for refining.  The deep draft requires smaller tankers to ferry the crude to refinery docks.  Many of the small tankers in the Port of Corpus Christi are frequently used for such work. 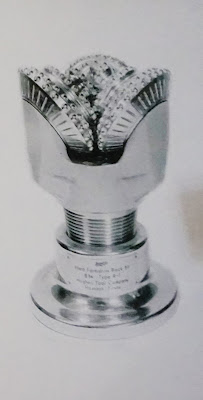 The oil industry was forever changed by the invention by Howard Hughes, Sr. of a bit featuring cone-shaped revolving cutters with steel teeth capable of pulverizing rock. It was patented in 1909, and the Hughes Rock Bit would revolutionize the well drilling process. The financial windfall from this invention would also produce one of the greatest eccentric geniuses in history ~ Howard Hughes, Jr. 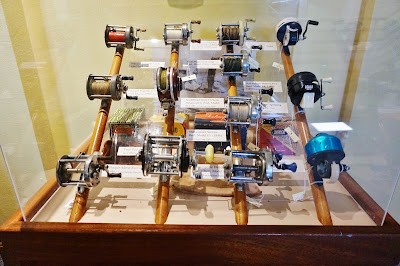 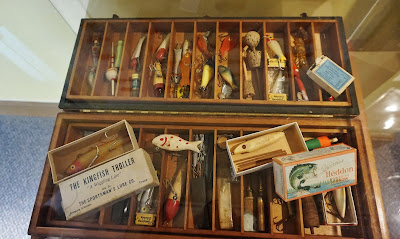 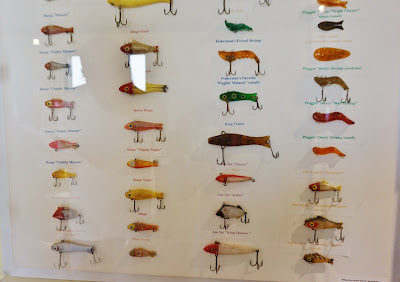 The allure of fishing took a nostalgic look at equipment through a collection of rods, reels, lures and outboard engines dating from 1900 to 1960. 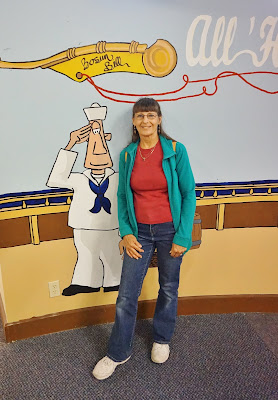 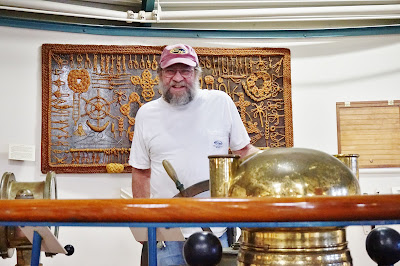 We also came across Bosum Billy and of course had to get a picture with him.  There was also a display of various knots used in boating. 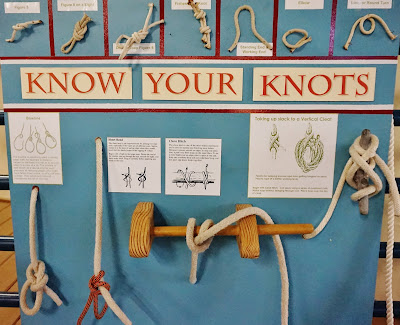 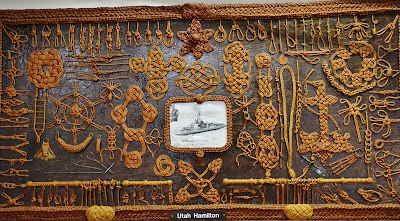 The Observation Deck gave us a great view of Aransas Bay.  It was a beautiful sunny day.  Look close at one of the pictures and you will see our Excursion at the bottom. 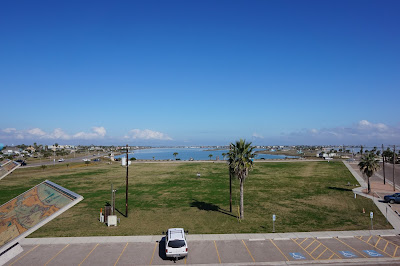 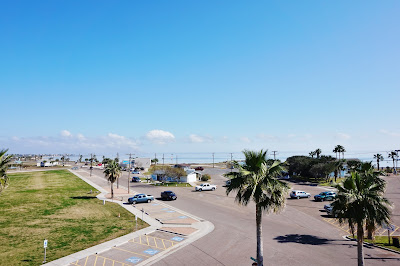 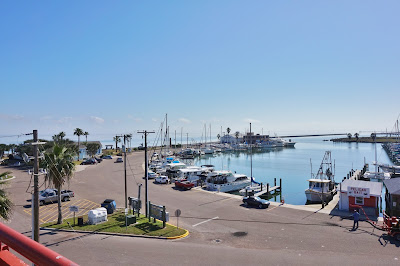 Outside were several other exhibits.  One was the LaTortuga.  It was the only Texas Scow Sloop in existence on the Texas coast.  It was used by early commercial fisherman. 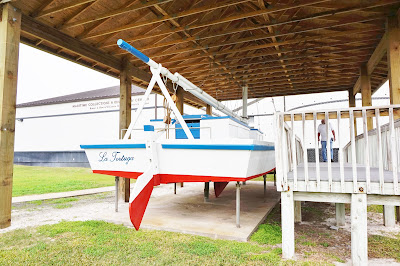 
This lifeboat was a totally enclosed survival craft.  It is a diesel-powered lifeboat which was self-righting in rough water.  In the event of extreme emergency these survival systems provide full protection to personnel working on offshore oil and gas platforms.  It has an outside fire suppression system that sheets salt water off the top to keep the boat cool in a burning oil slick.

In toxic environments, there is a supply of compressed oxygen to provide breathable air for 10 minutes.  Also stored on board are survival rations, enough to keep 45 people alive for two weeks. 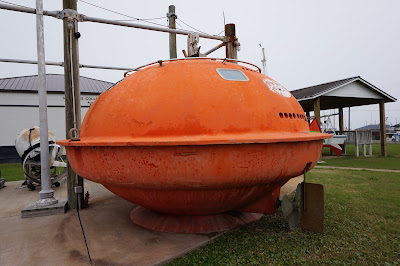 The Whittaker Capsule is similar in purpose to the lifeboat to provide an emergency escape.  It could accommodate 28 people.  The pod was manually released by a lever inside next to the top hatch cover.  The pod would drop about 50 feet into the water when deployed in an emergency situation. The Whittaker capsule design was discontinued as an emergency safety vehicle following an accident in the early 1970s which involved several fatalities.